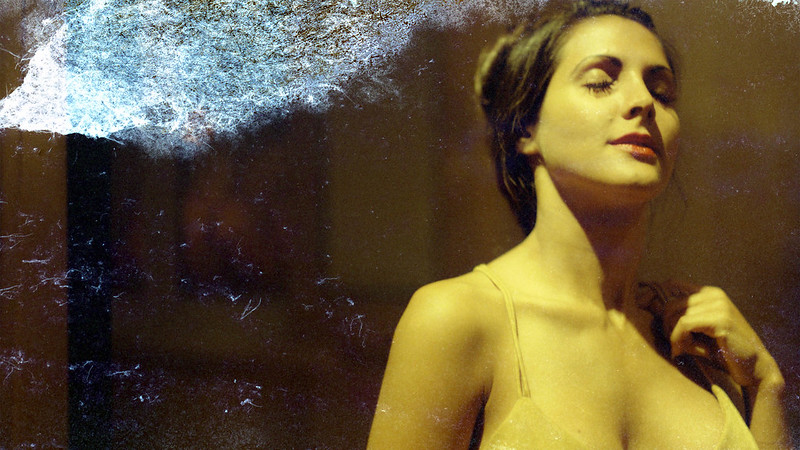 Instant Life is a saga of showmanship, stubbornness, and the love of Sea Monkeys.

Showing in a three-hour block in the Indie Episodic section of the 2022 Sundance Film Festival, the docuseries follows the life of Harold von Braunhut, magician, entrepreneur, and mad scientist, and the woman who became his wife and business partner, Yolanda Signorelli.

Harold, we learn, walked into a pet shop one day and admired the tiny brine shrimp wriggling in the aquarium. The cute critters with big heads and long tails would make good pets, he observed. The store owner scoffed. They’re fish food, he said. They only live a couple of days.

Harold, the maker of such novelty toys as Invisible Goldfish and X-Ray Specs, went home determined to find a way to make the creatures thrive. And by 1960 or 1961, he was selling Amazing Live Sea Monkeys from ads in the back of comic books. They were a hit.

Along the way, Harold met and married Yolanda, an actress in exploitation movies, and he taught her the secret formula and instructions for making the monkeys. Harold died in 2003, and she took over. She continued supplying the powders and food packets, and a manufacturer put them all together in kits.

But come 2012, the manufacturer stopped paying her and outsourced to China. Yolanda sued. “Whether they like it or not, I am the mother of the Sea Monkeys,” she says.

Four years since her last royalty check, the electricity at her Maryland home has been cut off for nonpayment. Still, she continues fulfilling the Sea Monkey guarantee. With wood ablaze in the fireplace and candles lit, she meticulously responds to letters and sends out replacement kits at her own expense. The “counterfeits” from China are inferior, she says.

She is hard and stoic in fighting for the Sea Monkey business, but soft and loving to the creatures in the woods surrounding her home, property that she has turned into a wildlife refuge. She mourns the death of her “soulmate,” the parrot named Josephine, who died in her arms — a loss she blames on the situation she’s been thrust into. She feeds crackers to the birds, cookies to the raccoons. She contrived a bug collector that allows her to scoop up insects inside the house and release them outdoors.

“We need to protect animals because they don’t have a voice, and they can’t collaborate like people do,” she says adamantly. In her mind, that extends to a Sea Monkey: “Even though it’s considered a toy, it’s a living being.”

Yolanda agreed to let directors/producers/cinematographers Mark Becker and Aaron Schock tell her story. “She let us into her world, and it’s been an incredible experience,” Becker said in the recorded Q&A following the screening.

Yolanda didn’t shy away from the darker sides of the story, including a disturbing aspect of Harold’s history. “Sometimes you live with someone a long time and you don’t know them…” she says in the film. “There was a side he never revealed to me.”

Becker and Schock intended to make a 90-minute documentary film, but in the editing process had to face the fact that the story was too complex to pare down that radically. They have the three episodes shown at the Festival, and more to come.

Said Becker: You are going to be hearing about “our Sea Monkey family” for some time to come.