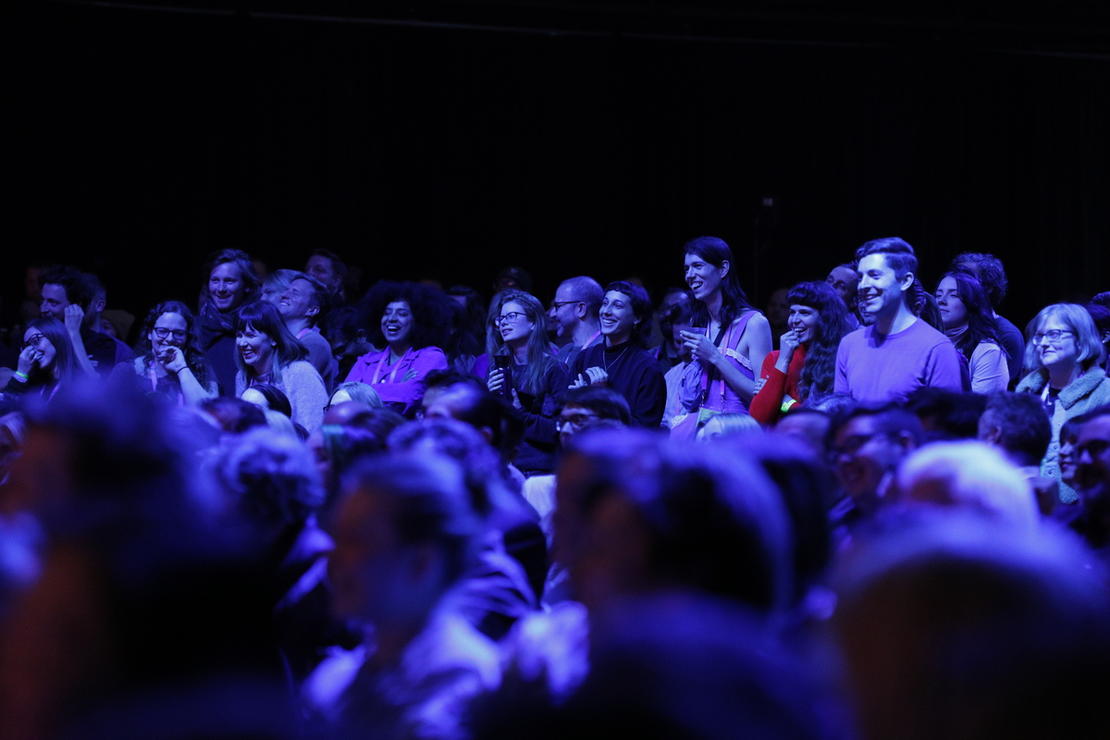 Actress Parker Posey awarded this prize to Winter’s Bone. “The film is hugely collaborative. Sixty-five crew members… I wish I could thank them all,” said director Debra Granik.

Ondi Timoner presented this award to Restrepo. “I got to go overseas and have an experience. My wife had to stay home and worry. I just want to acknowledge her all the other military families who are also worrying,” said co-director Sebastian Junger.

“I feel more nervous up here than in Afghanistan… I want to dedicate this to the Restrepo generation. Those who come back from the war invisible. This is for them,” added co-director Tim Hetherington.

Filmmaker Karyn Kusama presented this award to Eric Mendelsohn for his film 3 Backyards. Said Mendelsohn, “The last time I was here on this stage, I had so much Xanax in my system that I dribbled. Pardon me. I have a problem with anxiety. So this is for all the people with anxiety. I wanna dedicate this to my country. To everyone who gets up at 4 in the morning to make a movie instead of doing something else.”

Filmmaker Morgan Spurlock presented this award to Leon Gast for Smash His Camera. “Must be a mistake! I never imagined this,” Gast remarked as he stepped onstage.

Robert Yeoman handed this award to Zak Mulligan for Obselidia. “I want to thank the cast and crew,” Mulligan remarked. “Without you, there would be nothing to photograph.”

Dayna Goldfine presented this award to Kirsten Johnson and Laura Poitras for The Oath. “This film wouldn’t exist without a whole lot of risk taking,” Johnson shared with the audience. “Laura captured images we’re not supposed to see.”

Jason Kliot presented this award to Sympathy for Delicious. “Whoa,” said first-time director Mark Ruffalo. “Thanks so much. It’s been a 10-year journey with a lot of heartache and hard work. And we got our asses handed to us by the reviewers. But we’re still here!”

Nancy Miller presented this award to Gasland. “Shoulda brought my banjo,” quipped director Josh Fox as he accepted the prize.

Louis C.K. presented this award to Happythankyoumoreplease. “This film is about gratitude, and I have so much to feel grateful for,” said director Josh Radnor. “I want to thank Sundance for sending me a cryptic email this morning [in LA] saying ‘You might want to get back here.'”

Louis C.K. stayed onstage to present this award to Waiting for Superman. “This film almost killed us,” said director Davis Guggenheim. “It was really difficult, and now I’m realizing there is so much more to do for education in America.”

C.K. presented this award to Contracorriente.

This award was presented by Joseph Gordon Levitt to Homewrecker.

presented by Alison Maclean to:

presented by Lisa Schwarzbaum to:

presented by Alison Maclean to:

Mariano Cohn and Gastón Duprat for The Man Next Door

presented by Lisa Schwarzbaum to:

presented by Jennifer Baichwal to:

presented by Jeffrey Brown to:

Joëlle Alexis for A Film Unfinished

presented by Jennifer Baichwal to:

presented by Jeffrey Brown to:

Joëlle Alexis for A Film Unfinished