30 Sun-Soaked Coming-of-Age Stories Summer Was Made For: A Watchlist 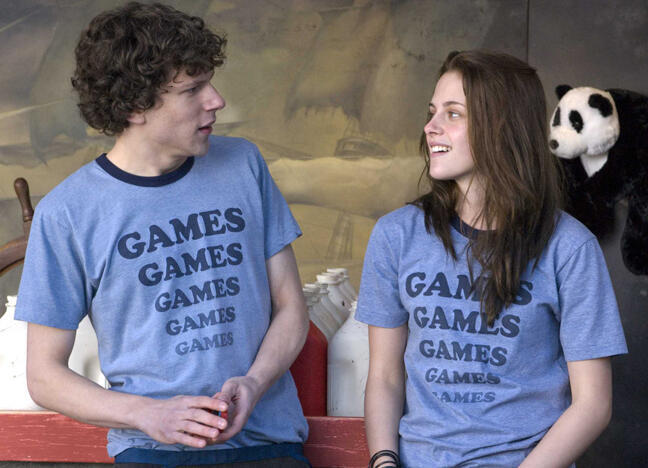 Editor’s Note: To celebrate the 2022 summer solstice, we’re expanding our beloved coming-of-age watchlist to a record 30 indie classics. Check out our full list via our Instagram above and read more about our original sweet 16.

Ever wonder why so many of the best coming-of-age stories in cinematic history are set during the summer? We expect it might have something to do with the wistfulness we adults tend to have for the long, unstructured days and cool, breezy nights that made up the summers of our youth — the ideal backdrop for plenty of thoughtful reflection, personal growth, and memories of ill-advised adventures we treasure to this day.

While the Sundance Film Festival takes place at the peak of winter in snowy Utah every January, over the years, we’ve had plenty of must-see coming-of-age stories come through Park City to heat things up a bit. Today we’re rounding up some of those key titles in a watchlist packed with formative first loves, first heartbreaks, and first jobs, starting with Joyce Chopra’s beloved drama Smooth Talk from the 1986 Festival and spanning the way up to Lucia Garibaldi’s The Sharks, a prize-winning film that was released just last year.

All of the 16 titles you’ll find below are currently streaming on various platforms — we also recommend getting your hands on a physical copy of features like 2013’s The Kings of Summer and 2005’s How the Garcia Girls Spent Their Summer. PS: Don’t miss Carlos López Estrada’s Summertime: The director’s Blindspotting follow-up, co-written (and starring) 27 young L.A. poets, played the 2020 Festival and is in U.S. theaters now. PPS: Sundance is now on Letterboxd! Create an account to see how many films you’ve watched from this list, and make sure to follow us there.

Joyce Chopra’s debut feature — an adaptation of Joyce Carol Oates’s 1966 short story Where Are You Going, Where Have You Been? — won the Dramatic Grand Jury Prize at the 1986 Sundance Film Festival. In the film, Laura Dern plays Connie Wyatt, a 15-year-old whose listless summer is interrupted by the arrival of an older man who tries his best to emulate James Dean. [WATCH IT NOW]

Matty Rich was only 19 when he brought his acclaimed debut feature, Straight Out of Brooklyn, to the 1991 Festival. In 1994, he returned to Park City with his follow-up, The Inkwell, a ’70s-set coming-of-age story that centers on Drew (Larenz Tate), a shy 16-year-old whose concerned parents decide to take him to Martha’s Vineyard for a much-needed vacation. Over the course of the Bicentennial summer, Tom Ricostronza and Paris Qualles’s script sees Drew finally break out of his shell as he falls in love for the first time. [WATCH IT NOW]

It’s the summer of 1984 in Sandusky, Ohio, and 16-year-old Eric (Chris Stafford) spends his days clad in brown polyester, working in the cafeteria of a local amusement park. Eric hasn’t thought too much about his sexuality — until a new co-worker named Rod arrives. Salt Lake City–based filmmaker David Moreton’s debut feature played the 1999 Sundance Film Festival as part of our American Spectrum programming block, where it won over critics and audiences alike with its uncompromising look at the complexities of sexual experience (not to mention its perfectly ’80s soundtrack). [WATCH IT NOW]

BUT I’M A CHEERLEADER

A year later, Jamie Babbit’s now-cult comedy played the Festival’s Midnight section, satirizing the absurdity of so-called “gay conversion camps” — and offering up a sweet teen romance to boot. Natasha Lyonne stars as Megan, the film’s titular cheerleader, who is forced to spend her summer at True Directions after her interests in Melissa Etheridge and vegetarianism, plus her general disinterest in kissing her football-player boyfriend, draw suspicion that she may be a lesbian. Megan’s summer certainly proves to be transformational… although not exactly in the way her parents intended. [WATCH NOW]

America Ferrera delivered a breakout performance in Patricia Cardoso’s 2002 Festival hit Real Women Have Curves, the story of a Mexican American teenager who feels stuck between her college ambitions and her responsibilities at home in East Los Angeles, where she lives with her family. Written by George LaVoo and Josefina López, the project took home the Dramatic Competition’s Audience Award and a Special Jury Prize for Acting. The story unfolds the summer Ferrera’s character graduates from high school, and it’s based on playwright López’s own life experiences. [WATCH NOW]

Director Greg Mottola followed up on the runaway success of his hit Superbad by enlisting Kristen Stewart and Jesse Eisenberg to star in Adventureland, a sweet, nostalgic comedy inspired by the summers he spent working at a run-down amusement park in Farmington, New York. A killer soundtrack featuring the best in ’80s college radio (think the Replacements, Big Star, Crowded House, and the Violent Femmes), a stellar supporting cast (Bill Hader, Ryan Reynolds, Martin Starr, and Kristin Wiig), and a sharp script brought in accolades when the project had its world premiere at the 2009 Sundance Film Festival. [WATCH NOW]

In 2005, writer-director Taika Waititi brought his script for Boy through the Sundance Institute’s Screenwriters Lab — and in 2010, the finished project played the Sundance Film Festival. Inspired by the filmmaker’s Oscar-nominated short Two Cars, One Night, Boy takes place in the summer of 1984 on a farm in Waihau Bay, New Zealand, where two young brothers meet the long-absent father and discover he’s not exactly the guy they’d pictured him to be. “Never short on humor, Waititi’s story is ultimately about three boys (one grown) reconciling fantasy with reality,” wrote senior programmer John Nein in the 2010 Festival catalog. [WATCH NOW]

When pampered 13-year-old Flik (Jules Brown) is sent from Atlanta to Brooklyn to spend the summer with his strict preacher grandfather (Clarke Peters), he has no idea what’s in store for him. “Playfully ironic, heightened, yet grounded, Spike Lee’s bold new movie returns him to his roots, where lovable, larger-than-life characters form the tinderbox of a tight-knit community,” wrote former programmer Caroline Libresco of Red Hook Summer. The sixth feature in Lee’s “Chronicles of Brooklyn” series had its world premiere at the 2012 Sundance Film Festival. [WATCH NOW]

THE WAY, WAY BACK

Fourteen-year-old Duncan (Liam James) doesn’t seem to fit in anywhere — not in his family; not in his hometown of Albany, New York; and not in the beachside town of Cape Cod, where he’s forced to spend his summer vacation. It isn’t until he takes a job at the local waterpark that he begins to come into his own, thanks to the mentorship of the carefree Owen (Sam Rockwell). “Mining the caverns of human vulnerability for the humor necessary to make life bearable, first-time directors Nat Faxon and Jim Rash have transformed their terrific screenplay into a bittersweet comedy that is both charming and insightful,” wrote programmer Trevor Groth of The Way, Way Back, which had its premiere at the 2013 Sundance Film Festival. [WATCH NOW]

“Ping Pong Summer is a high five to the 13-year-old inside all of us who is hoping to come out on top,” wrote former programmer Charlie Reff of writer-director Michael Tully’s 2014 Sundance Film Festival feature, which had its world premiere in our NEXT program. Set in Ocean City, Maryland, during the summer of 1985, the project follows the comic misadventures of Rad Miracle (Marcello Conte), a shy 13-year-old who is obsessed with two things: ping pong and hip hop. Amy Sedaris, Judah Friedlander, and Lea Thompson round out the film’s stacked comedic cast. [WATCH NOW]

Lithuanian writer-director Alanté Kavaïté took home the World Cinema Dramatic Directing Award at the 2015 Sundance Film Festival for her work on The Summer of Sangaile, a sweet LGBTQ+ teen romance between the shy, reserved Sangaile and the more adventurous Auste. “The Summer of Sangaile is a rare film that takes you by surprise with the honesty of its performances, the poetry of its narrative, and the crispness of its cinematography,” wrote former programmer Trevor Groth of the project, for which Kavaïté was awarded the World Cinema Dramatic Directing Award. [WATCH NOW]

CALL ME BY YOUR NAME

<p “=””>Who wouldn’t want to spend their summer on an estate in rural northern Italy? Luca Guadagnino’s tender coming-of-age drama had its world premiere at the 2017 Sundance Film Festival, where audiences were as enchanted by the sun-drenched surroundings as they were with the central love story co-written by the great James Ivory. “An instant classic, Call Me By Your Name bolsters Guadagnino’s rightful reputation as one of the most inspiring filmmakers working today,” wrote programmer David Courier, and clearly critics agreed: The project received a long list of awards, including the Academy Award for Best Adapted Screenplay. [WATCH NOW]

Writer-director Jeremiah Zagar was known for his work in the documentary field before he brought Justin Torres’s 2011 semi-autobiographical novel through the Sundance Institute’s Screenwriters and Directors Labs back in 2014. In 2018, the completed project about three young brothers left largely to their own devices in upstate New York premiered at the Sundance Film Festival, where it won the NEXT Innovator Prize for its stunning performances, striking animated sequences, and the way Zagar used magical realism to capture both the tumult and beauty of adolescence. [WATCH NOW]

<p “=””>Given the latest COVID-inspired resurgence of skating in all forms, summer ’21 feels like the perfect time to rewatch Crystal Moselle’s atmospheric, deeply authentic look inside the titular NYC-based all-women skate crew. “Skate Kitchen precisely captures the experience of women in male-dominated spaces and tells a story of a girl who learns the importance of camaraderie and self-discovery,” wrote director of programming Kim Yutani of the project, which offers a fictionalized look inside the lives of the Skate Kitchen skaters. (Bonus title: Add Moselle’s new-ish HBO series Betty to your queue once you’re done.) [WATCH NOW]

<p “=””>“For 15-year-old Davey, the thought of having a serial killer in his suburban town is a scary yet exciting prospect at the start of a lazy summer,” wrote our programmers of Summer of ’84, a 2018 title from the Festival’s Midnight program. “In hormonal overdrive, Davey and his friends dream of sexual conquests until the news reports of the Cape May killer.” Canadian directors François Simard, Anouk Whissell, and Yoann-Karl Whissell amp up the horrors of growing up (in the Reagan era, no less), complete with a throwback synth score and questionable fashion choices aplenty. [WATCH NOW]

<p “=””>Danger lurks on land and at sea in The Sharks, the debut feature from Uruguayan writer-director Lucía Garibaldi. The film tells the story of a restless 15-year-old girl named Rosina who experiences an odd, conflicted attraction to her co-worker, Joselo, while her seaside town is abuzz with rumors of shark sightings. “Through isolated landscapes, a captivating synth score, and a calmly defiant lead, Garibaldi explores a lonely world where teenage desire fluctuates between the routine and the dangerous,” wrote programmer Ana Souza of the project, for which Garibaldi was given the World Cinema Dramatic Directing Award. [WATCH NOW]