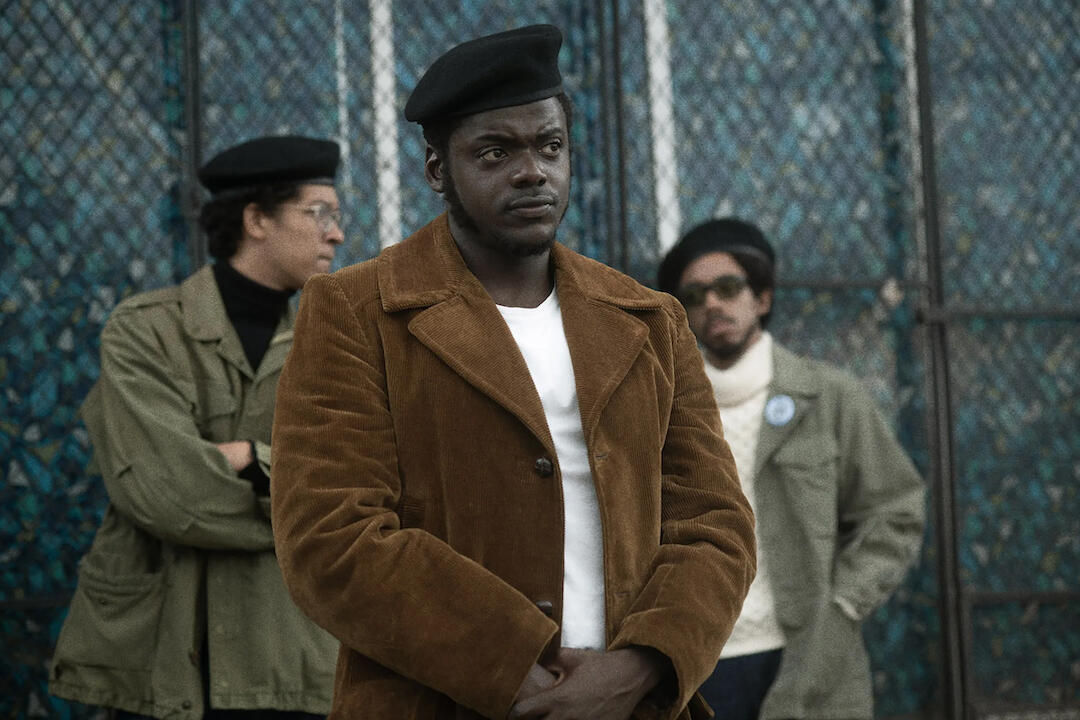 Daniel Kaluuya won Best Supporting Actor at the 2021 Academy Awards for his role in Shaka King’s historical drama “Judas and the Black Messiah.”

On Sunday evening in Los Angeles, the longest award season in film history came to an end with a couple of monumental firsts at the 2021 Academy Awards — among them, Sundance Institute alum Chloé Zhao becoming the first woman of color to take home the Oscar for Best Director for her work on Nomadland.

The big night — which was co-produced by Sundance alums Steven Soderburgh and Stacey Scher, along with Jesse Collins, and featured musical direction by Questlove, who helmed the 2021 Festival documentary Summer Of Soul (…Or, When the Revolution Could Not Be Televised) — also saw The Father’s Anthony Hopkins become the oldest performer to win Best Actor, while Minari’s Yuh-jung Youn became the first Korean performer to be awarded Best Supporting Actress.

Daniel Kaluuya was awarded Best Supporting Actor for his turn as Fred Hampton in Shaka King’s Judas and the Black Messiah, which told the story of the Black Panther Party chairman’s 1969 assassination. The drama — which premiered at the 2021 Sundance Film Festival in January — was also awarded Best Original Song for “Fight for You,” performed by singer-songwriter H.E.R.

And on the screenwriting front, top honors went to a pair of films that enchanted audiences and critics alike during the 2020 Festival. Emerald Fennell took home Best Original Screenplay for her twisted thriller Promising Young Woman, while Florian Zeller and Christopher Hampton took home Best Adapted Screenplay for The Father.

Alongside Zhao, we’d also like to congratulate Sundance alums Dan Janvey and Mollye Asher for Nomadland nabbing Best Picture. Zhao’s first visit to the Festival came in 2015 with Songs My Brothers Taught Me, a drama she brought through the Institute’s Directors and Screenwriters Labs, among other artist programs. Producers Janvey and Asher have brought a number of films through the Festival in previous years; Janvey is an alumni of our Creative Producing Initiative, while Asher is an alumni of Catalyst.

Additionally, Sundance Institute alum Thomas Vinterberg’s comedy-drama Another Round was awarded Best International Feature Film for Denmark. Vinterberg brought his films It’s All About Love (2003) and Wendy (2005) to Park City in the Premieres section, and in 2006, he was a creative advisor for the Institute’s January Screenwriters Lab. And Will McCormack — who co-wrote the 2012 Festival film Celeste and Jesse Forever — took home Best Animated Short Film for If Anything Happens I Love You.

The evening certainly left us longing for the return of the communal viewing experience—we’re looking forward to coming together in local arthouse cinemas to watch these vital, powerful independent stories come to life in the not-so-distant future.

<p “=””>Below, see the full list of Sundance-supported projects that won awards at the 2021 Academy Awards.