Sundance London Filmmakers Picks: David Cross Once Spray Painted “The Who” On His Front Door 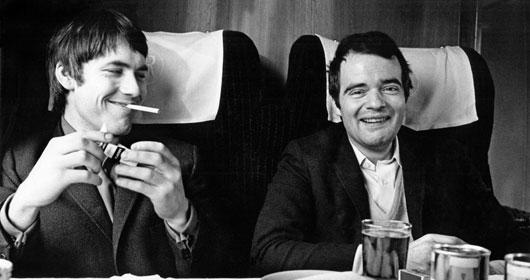 Turns out, Sundance London filmmakers’ palates rival our own programmers when it comes to cinema—heterogeneous but precise. Some standouts? Probably David Cross’ admission to his days as a fanboy of The Who, and thus his antsy excitement surrounding the Sundance London screening of Lambert & Stamp.

With individual tickets for Sundance London on sale Friday, March 28, we polled a handful of this year’s filmmakers about which films they are most looking forward to seeing at next month’s Festival. If you need any help making your own picks, take a hint from these filmmakers.

“Kumiko, the Treasure Hunter! Any film that has the words treasure and hunter and is made by the Zellner bros…count me in!”

“I’m excited to see Dinosaur 13 because who doesn’t love dinosaurs? And I missed opening night this year at Sundance in Park City, so I’m happy to get a second chance to see it.”

“If I have to narrow it down to one it would probably be Lambert & Stamp. I was a huge The Who fan growing up, to an almost embarrassing degree. Along with perhaps Monty Python, they were a big influence on me and my development, and intermittent saviors in my shitty, suburban Georgia redneck town where I lived. I even got in trouble for spray painting “The Who #1″ on the door to my apartment building when I was 15.”

“The documentary Finding Fela is at the top of my list. Getting lost in the Afrobeat, immersing myself in another culture, this seems like a perfect marriage of music and film.”

David Wain, director of They Came Together

“There are many films I missed in Park City that I’ve heard amazing things about. I’m particularly excited to see Obvious Child because I’m such a huge fan of Jenny Slate. I’ve heard she’s transcendent in this movie.”

Dan Cutforth, co-director of Under the Electric Sky (EDC 2013)

“The Trip to Italy. The Trip is one of my favorite films of the last five years. I had planned to see “The Trip to Italy” in Park City earlier this year, but there was always a scheduling conflict or I couldn’t get tickets. To say I am excited to see this film would be an understatement.”

Jane Lipsitz, co-director of Under the Electric Sky (EDC 2013)

“They Came Together. I have been a huge fan of David Wain and Michael Showalter since The State and Stella. I love their perverse senses of humor and am very much looking forward to seeing the cast from Wet Hot American Summer reunite in They Came Together.”