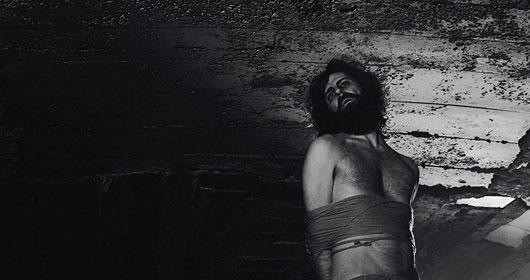 “It feels like we made the music after the movie, it really does,” says Archive founding band member Darius Keeler, referencing the film Axiom and the band’s eponymous album. After all, isn’t that the modus operandi for nearly every film ever made? Perhaps not, or at least not in the case of Archive’s ninth album and first film, which spawned an inverted creative process that involved treating an album as a screenplay and the moving image as a soundtrack.

Working with director Jesus Hernandez and the Spanish film collective NYSU, Axiom (the album) underwent an unprecedented alchemy of sorts, eventually producing a film that links “the actual lyrics with the picture.” Archive will perform live and DJ at The O2’s newest venue, Brooklyn Bowl, on the opening night of Sundance London and will also present the world premiere of their film, Axiom, as well as participate in a post-screening Q&A.

Keeler, whose eagerness was palpable while speaking with us this week, sheds light on the fascinating process that begat Axiom and takes a moment to admire a collaboration that he calls “seamless.” Tickets for the film and performance are available online.

The film component of Axiom remains fairly abstruse, apart from a brief logline and trailer. How would you describe the film?

“Axiom” is an island in the middle of nowhere with steep cliffs on all sides. On the island there is an underground city dominated by a bell, the bell decides the fate of the city’s inhabitants.

It’s absolutely far out. It really is. It’s very profound really, there’s many levels to it. The way the director [Jesus Hernandez] thinks about stuff is sort of parallel to how we think about music. We don’t do things predictably; we experiment a lot. He’s really gone to town on that sort of the thing, the ideas are crazy. I’ve never seen anything like it, to be honest.

You mentioned that Archive’s sound is often compared to soundtrack music, being that it is very cinematic. Was making a film always an aspiration?

Our label Island Records and managing companies have always said, “We have to make a film for this record.” We’d have meetings with directors and it always just became really expensive or out of anyone’s depths. This project was 12 days in a studio to make the music, to create it, and then it was a one-week mixing and it was finished. It was really that quick. It was completely unexpected–we went into the studio to do something completely different. And we came out with that.

I sent my manager the album, before mixing it, and he said “We gotta’ make a film man. You’ve gotta’ make the movie.” All the other albums are more thought out, and it wasn’t like that [with Axiom], it was very spontaneous. It’s wonderful when life happens like that.

How did you come to collaborate with NYSU?

My manager contacted a film supervisor he had worked with before and this guy came and we had a coffee and he said “Look, I’ve got these guys in Spain and they’re really fucking cool. They’re sort of up-and-coming, they haven’t done that much, they’re young, and I think you should meet up.” And I was like, “Brilliant.” I had one meeting with the guy and then he came over and we had another coffee and we had a discussion for probably less than an hour about our feelings about the songs. He said, “Look, the album is a narrative to me. I’m really inspired, I’m gonna’ send you my ideas, and we’ll crack on with it.”

He started sending me the ideas and within a month we had the first script. And off we went.

It was interesting to read Jesus Hernandez’s comments on the creative process, essentially describing the album as a script and the visuals as the accompanying soundtrack. Was the album written with that intention in mind?

You can’t imagine how linked the actual lyrics are with the picture. It feels like we made the music after the movie, it really does. It’s so consistent. When writing the album, one song was made and it would inspire another song, but they’re not totally connected lyrically. It’s so bizarre that he managed to make it so perfect and so seamless.

How does the film take Archive’s sound and represent it visually? Sonically it feels very noir, and that’s represented in the film being shot in black and white.

Absolutely. And it’s not just that; it’s the actual depth of it. You can watch it on so many levels. It also relates so much to what’s happening in the world at the moment. But it’s got a bit of humor in it as well, it’s not just a heavy serious movie.

What are you looking forward to at Sundance London?

I really just hope that there’s a lot of intelligent people there that are really into film and music and get it. That’s it really. We’re going to do a nice powerful bit, and I hope there are great people there. That’s the inspiration for this. Then it can get talked about and move on. I really think this is a very unique thing.