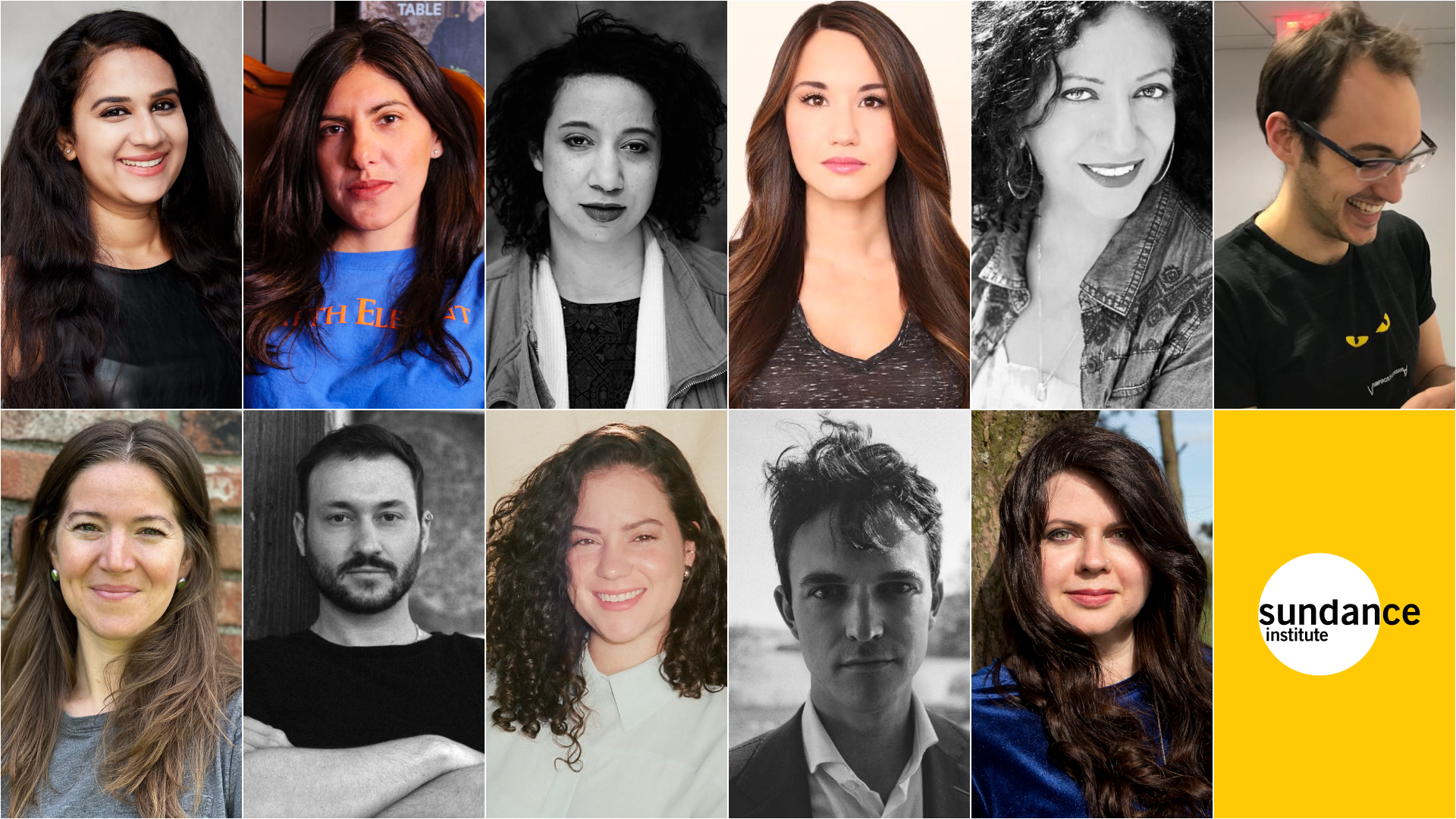 PARK CITY, UTAH – The nonprofit Sundance Institute today announced the participants for its Producers Lab, taking place July 25 – 28, and the participants in the Producers Summit, July 29 – 31, both part of the Producers Program and being held in person at Utah’s Sundance Mountain Resort. Selected for the Producers Lab are six fiction film and five nonfiction film producers and their projects, and more than 40 industry leaders and 26 independent filmmakers will participate in the Producers Summit. The Producers Program champions and supports the current and rising generation of producers working across fiction and nonfiction film and features year-round mentorship, granting, educational resources, strategic introductions, and networking opportunities with the industry.

The Summit convenes emerging and mid-career fiction and nonfiction producers with wide-ranging industry experts to gain critical knowledge and make meaningful connections to advance their projects. Distributors, financiers, sales reps, talent agents, and seasoned independent producers delve into learnings from the past year and discuss the future of the field. This year’s program will include panels, roundtables, one-on-one meetings, and a keynote address by renowned interdisciplinary artist and activist Glenn Kaino, whose visionary and collaborative approach is rooted in the belief that cultural production can affect meaningful change.

“It has been three years since we have been able to gather in person, and over this time, the landscape for independent storytelling has shifted dramatically. It’s never been more critical to work to create a sustainable future for independent producers, a key priority for the Lab and Summit,” said Producing and Artist Support Director Shira Rockowitz and Documentary Film Program Deputy Director Kristin Feeley. “The Producers Summit is a unique space that brings together producers and industry to advance bold, independent projects and address timely questions and issues in the field. We are excited to convene and build community through these vital conversations.

Fellows and project details for those selected for the 2022 Producers Lab:

The Rotting Of Casey Culpepper (U.S.A.)
Producing Fellow: Apoorva Guru Charan
A young girl battling leukemia and her single father fall into a well of paranoia when she experiences visions of a tumor-covered creature.

Apoorva Charan is an LA-based producer whose film Joyland premiered at the 75th Cannes Film Festival in Un Certain Regard and won the Jury Prize and Queer Palm. With an MFA in Film from Columbia University, Charan has participated in Project Involve, Film Independent’s Producing Lab, and Women in Film’s Emerging Producers program.

The President’s Cake (Iraq, U.S.A.)
Producing Fellow and Mark Silverman Honoree: Leah Chen Baker
While people struggle daily to survive under sanctions in Saddam’s Iraq, nine-year-old Saeed must use his wits to gather ingredients for the mandatory cake to celebrate President Saddam Hussein’s birthday or face the consequences – prison or death.

Leah Chen Baker is an independent producer and filmmaker. She produced Jamie Dack’s debut feature, Palm Trees And Power Lines, which premiered at Sundance 2022 and won the U.S. Dramatic Directing Award. She is a Media Services Producing Award recipient and a Producers Guild of America member.

Starfuckers (U.S.A.)
Producing Fellow: Eli Raskin
A high-end rentboy living an insular life in the Hollywood Hills becomes obsessed with a mysterious star of the underground drag scene. His identity is called into question and life begins to unravel as he discovers the true objective of his new friend.

Sales Per Hour (U.S.A.)
Producing Fellow: Chloe Sabin
A top sales associate at a luxury clothing store in New York City becomes engulfed in a case brought against her company for housing an assault that happened inside of a dressing room, under her watch.

Huella (U.S.A. / Dominican Republic)
Producing Fellows: Helena Sardinha and Doménica Castro
A Dominican flamenco dancer prepares for a life-changing audition in NYC when she receives news that her grandmother passed. By abstaining from a family religious tradition, she unleashes a generational curse tracing back to her indigenous roots. Forced to confront the past, she will chase her future, at a cost.

Helena Sardinha is a Brazilian creative producer and co-founder of Driven Equation. Residing in Los Angeles, her work has been featured in festivals like Sundance, Aspen and Tribeca. She is in production for Beautiful, FL, with Disney+, and in development on the feature Huella.

Doménica Castro is a Mexican producer, writer, director, and co-founder of 271 Films. Her work has been featured on MTV, HBO, BET, in Adweek, and at Sundance, AFI Fest, and the Tribeca Festival. Empowering the next generation of BIPOC filmmakers, she co-runs and executive produces the Indeed Rising Voices Initiative with Lena Waithe’s Hillman Grad Productions.

Untitled Dwarfism Project (U.S.A.)
Producing Fellow: Lindsey Dryden
There’s a new drug on the horizon that promises to make Little People taller—and it’s threatening the very community it claims to serve. As Little People grapple with their uncertain future, director Julie Wyman confronts her own complicated diagnosis of dwarfism. At the heart of the film lies the question: if you could give up the qualities that make you different, would you? And at what cost?

Lindsey Dryden is an Emmy® award-winning producer and director. Her producing credits include Trans In America (2019, CondeNast/ACLU) and Sundance Special Jury Award-winning Unrest (Netflix/PBS, 2017).She is a co-founder of FWD-Doc: Filmmakers with Disabilities, a proud member of Queer Producers and QueerDoc, a BFI Vision Awardee 2020 and a full voting member of BAFTA.

Yoni Golijov produces documentary films and installations. Recently he produced the short film Terror Contagion by Laura Poitras and Forensic Architecture, and he co-directed/produced the short film When We Fight with co-director/producer Yael Bridge. His projects have premiered at Cannes, the Whitney Biennial, the Manifesta Biennial, and Sundance.

Untitled Baltimore Project (U.S.A.)
Producing Fellow: Dawne Langford
The Untitled Baltimore Documentary Project pulls back the curtain on local American politics during an unprecedented moment when the City of Baltimore and the United States is in the midst of a fight over justice and equity.

Dawne Langford is a documentary producer and editor. After years of working in public media as a broadcast television editor, she transitioned to producing. In 2013, Dawne was accepted to the PBS Producers Academy and began working on independent documentaries, including; Check It, Kandahar Journals, and Finding Joseph I. Recently, Dawne worked in New York City as a story producer with Lee Hirsch. Her primary interest is in amplifying traditionally suppressed narratives and presentations of historic events to deepen understanding, support learning, and stimulate community dialogue.

Bartolo (U.S.A.)
Producing Fellow: Neyda Martinez
Tucked into the rural coffee-growing mountainside of remote western Puerto Rico is a tiny hamlet, Bartolo. It is home to an isolated agricultural community of just 12 families, landless and chronically impoverished, and longing for a new start following Hurricane Maria. The community seizes on a chance for a new beginning when a veteran organizer from outside of Bartolo comes to town with a radical new plan.

Neyda Martinez is a producer whose films examine culture, equity, and social justice. Documentaries in production include Bartolo, A Chasm in Chinatown, and The People vs. Austerity. Past credits include Lucky and Decade of Fire. An Associate Professor at The New School, Neyda’s board service includes NYU’s Latinx Project, UPROSE and Women Make Movies.

Queendom (U.S.A. / France)
Producing Fellow: Igor Myakotin
​​​​Gena, a queer artist from a small town in Russia, dresses in otherworldly costumes and parades around Moscow to protest the government. It becomes a movement with a million followers she calls “drag activism” until she’s arrested and threatened to flee.

Igor Myakotin is an Emmy-nominated BAFTA-winning filmmaker who co-produced feature-length documentary Welcome to Chechnya (Sundance, Berlinale). He believes that cinema is not a way to escape reality but a way to embrace it with all its peculiarities, its darkness and depth.

The projects participating in the Producers Summit include:

Nonfiction Features
Jude Chehab with Q, Amber Espinosa-Jones with Standing Above the Clouds, Jamie Gonçalves with The Monster and the Storm, Maliyamungu Muhande with Nine Days a Week, Julia Solomonoff with The Illusion of an Everlasting Summer, Jacob Thomas with Deep Taxonomy Documentary Project.