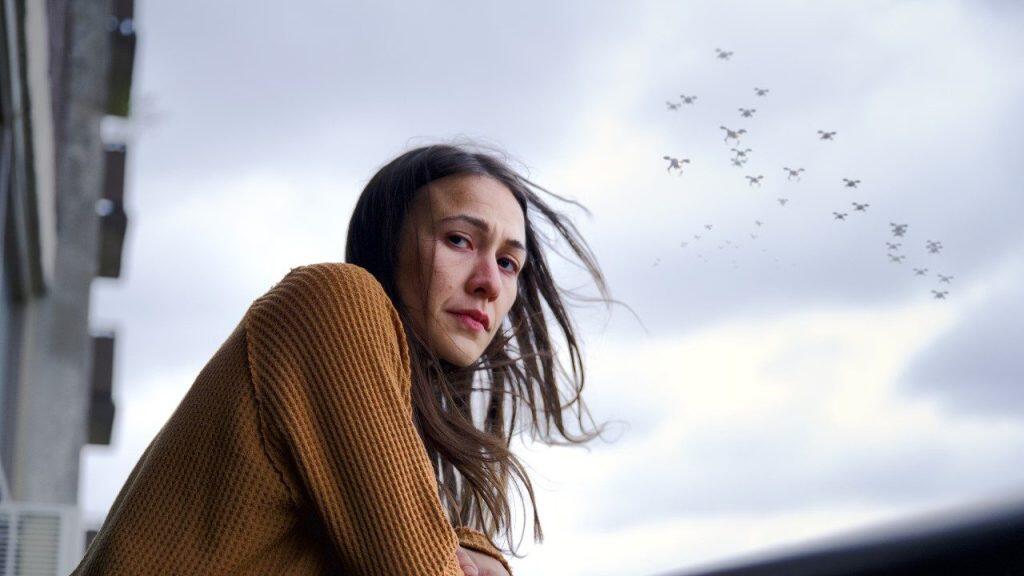 The arrival of September means the start of fall festival season, beginning with the Venice International Film Festival, which hosts its opening night tonight. We’re excited at the prospect of getting to see Sundance Institute–supported projects in person at events around the world, beginning tomorrow, September 2, with the world premiere of Diana El Jeiroudi’s Republic of Silence, which was made with support from our Documentary Film Fund.

In addition to El Jeiroudi’s film, we’ve rounded up four additional Sundance Institute–supported projects that appear on the lineups of Venice (September 1–11), Telluride (September 2–6), Toronto (September 9–18), and the New York Film Festival (September 24–October 10). Read on to learn more about these works — from Danis Goulet’s Night Raiders to Mounia Akl and Clara Roquet’s Costa Brava Lebanon — and the Sundance Institute programs that helped bring them to life.

Director Diana El Jeiroudi and producer Orwa Nyrabia’s documentary Republic of Silence was made with support from the Institute’s Documentary Fund. A co-production of Germany, France, Syria, and Qatar, the project tells the story of El Jeiroudi’s exile from Syria, her home country, 40 years ago, and how she ended up in Berlin. The film will have its world premiere in Venice, where it is playing out of competition, on September 2.

Douglas Tirola’s documentary on the late, great 20th-century composer and conductor Leonard Bernstein, featuring original music by Sundance Institute Film Music Program director Peter Golub, screens September 2 in Backlot, an intimate venue at Telluride that spotlights portraits of artists, musicians, and filmmakers. The project was supported by Catalyst, an Institute program that builds a culture of partnership between independent investors and filmmakers and aims to grow the community of indie-film supporters and unlock funding for ambitious new independent film projects.

Mounia Akl and Clara Roquet took Costa Brava Lebanon — the story of a family who built their remote home to escape the unhealthy pollution of Beirut, only to have a landfill come to their backyard — through the Sundance Institute’s Screenwriters and Directors Labs in 2019. The project is set to have its in-person world premiere at the Venice International Film Festival on September 5. The film will also screen at the Toronto International Film Festival on September 11; digital screenings, on September 12 and September 15, are available in Canada only.

A Cree mother joins a band of vigilantes in an attempt to retrieve her daughter from a state-run education camp in Danis Goulet’s debut feature, which had its world premiere earlier this spring at the Berlin International Film Festival. Night Raiders was made with support from the Institute’s Talent Forum, Creative Producing Summit, and Native Lab. See it when it has its in-person Canadian premiere at the Toronto International Film Festival on September 10; online screenings for Canadian residents only begin September 11.

Penny Lane’s playful documentary takes a look at arguably the most popular saxophone player of all time. Kenny G grew up in a middle-class family in Seattle, where he was expected to take over his dad’s plumbing business. Obviously, that didn’t happen, leading to the questions taken up in this nonfiction film: At what point does smooth jazz become elevator music — if ever? And just what makes music good, and what makes it bad? Lane received a Sundance Momentum Fellowship that assisted her in making this project. TIFF has in-person screenings starting September 11; online screenings, available in Canada only, are September 12 and September 18.

A NIGHT OF KNOWING NOTHING

The thoughts, philosophies, and overall character of a student at the Film and Television Institute of India are realized largely through the letters she writes to an absent lover. Developed in part with a Sundance Documentary Film Grant — and named best documentary at Cannes in July — Payal Kapadia’s film plays in the New York Film Festival’s Currents section, the mission of which is to encourage new and innovative styles and voices. NYFF plans in-person screenings this year; virtual screenings will not be offered. A Night of Knowing Nothing screens October 2.