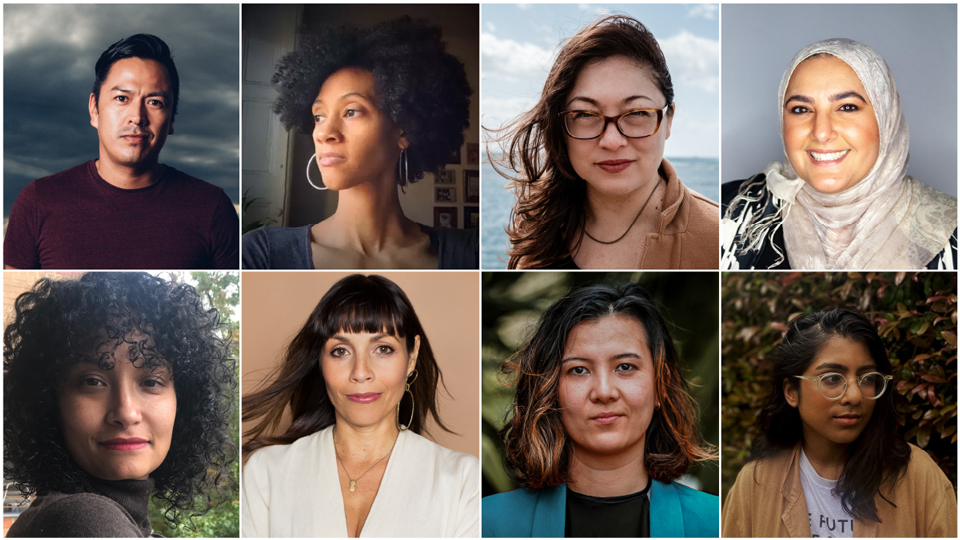 Los Angeles, CA – The nonprofit Sundance Institute announced today the fourth class of the Momentum Fellowship, a program that supports professional development for mid-career artists from historically marginalized communities as they explore and develop their creative practice. Eight fellows will participate in a full-year program of deep, customized creative and professional support around the goals they have identified for themselves to level up in their careers.

“These fellows’ voices represent a myriad of cultural perspectives and creative styles. Yet for so many proven filmmakers from historically marginalized communities, sustainability and access remain elusive. With the comprehensive professional development and creative support the Momentum Fellowship offers, we’re thrilled to provide a space for community-building and personal growth,” said Adella Ladjevardi, Associate Director, Women at Sundance, Sundance Institute.

The Momentum Fellowship, which launched in 2018, evolved from the Women at Sundance Fellowship, a highly successful model that merited expansion for impact across a broader cohort of underrepresented communities. Those eligible for this intersectional program include artists identifying as women, non-binary and/or transgender, Black, Indigenous, and/or people of color, and artists with disabilities. Past recipients include Christina Choe, Cristina Costantini, Yance Ford, Natalie Erika James, Ekwa Msangi, Edson Oda, Linda Yvette Chávez, Angel Kristi Williams, Malika Zouhali-Worrall, and Eva Vives.

The 2022 Momentum Fellows are:

Minhal Baig: Her feature, Hala, premiered at the 2019 Sundance Film Festival and released by Apple TV+. She has written for Ramy and BoJack Horseman. In 2021, she signed an overall deal to develop TV exclusively for Amazon. In 2017, she was selected as a directing mentee by Ryan Murphy’s Half Initiative.

Marion Hill: ​Marion Hill is a Vietnamese-British filmmaker. Her first feature Ma Belle, My Beauty premiered at the 2021 Sundance Film Festival and received the Audience Award in the NEXT section. The film was acquired by Good Deed Entertainment for theatrical release. Marion lives and works in New Orleans.

Ciara Lacy: Ciara Lacy is a writer-director whose native Hawaiian identity drives how she laughs, cries, and laughs-while-crying at the world. Her films have shown at Sundance and Berlinale as well as on platforms like Netflix, PBS, ABC, Al Jazeera, and the Criterion Collection. Notably, she is the inaugural Sundance Merata Mita Fellow.

Billy Luther: Billy Luther (Navajo, Hopi, and Laguna Pueblo) is the director/producer of the award-winning documentary, Miss Navajo, which premiered at the 2007 Sundance Film Festival and aired nationally on PBS’ Independent Lens. His second documentary feature, Grab, premiered at the 2011 Festival and also aired on PBS. Recent work includes Red Lake and alter-NATIVE.

Mariem Perez: Born in Puerto Rico, Mariem Pérez Riera is an awarded director, producer, and editor. Her latest documentary, a New York Times Critic’s pick, Rita Moreno, Just A Girl Who Decided To Go For It premiered at Sundance Film Festival and was released in theaters and Netflix in 2021.

Iman Zawahry: Iman Zawahry is one of the first hijabi American-Muslim filmmakers in the nation. She’s an Emmy award winner, Princess Grace Award recipient, and a Lincoln Center NYFF Artist Academy Fellow. Her debut film, Americanish, is currently touring the festival circuit and has won  fourteen awards, including best director and best film.

The Momentum Fellowship is a program of Outreach and Inclusion and Women at Sundance. These programs receive additional funding from the following: Women at Sundance is made possible by leadership support from The David and Lura Lovell Foundation, The Harnisch Foundation, and Adobe. Additional support is provided by Kimberly Steward, Paul and Katy Drake Bettner, Barbara Bridges, Abigail Disney and Pierre Hauser—Like a River Fund, Hollywood Foreign Press Association, Suzanne Lerner, Susan Bay Nimoy, Ann Lovell, Zions Bank, Pat Mitchell and Scott Seydel, and an anonymous donor.

Founded in 1981 by Robert Redford, the Institute’s signature Labs, granting, and mentorship programs, dedicated to developing new work, take place throughout the year in the U.S. and internationally. Sundance Collab, a digital community platform, brings artists together to learn from each other and Sundance Advisors and connect in a creative space, developing and sharing works in progress. The Sundance Film Festival and other public programs connect audiences and artists to ignite new ideas, discover original voices, and build a community dedicated to independent storytelling. Sundance Institute has supported such projects as Clemency, Never Rarely Sometimes Always, Zola, On The Record, Boys State, The Farewell, Honeyland, One Child Nation, The Souvenir, The Infiltrators, Sorry to Bother You, Won’t You Be My Neighbor?, Hereditary, Call Me By Your Name, Get Out, The Big Sick, Mudbound, Fruitvale Station, City So Real, Top of the Lake, Between the World & Me, Wild Goose Dreams and Fun Home. Join Sundance Institute on Facebook, Instagram, Twitter and YouTube.