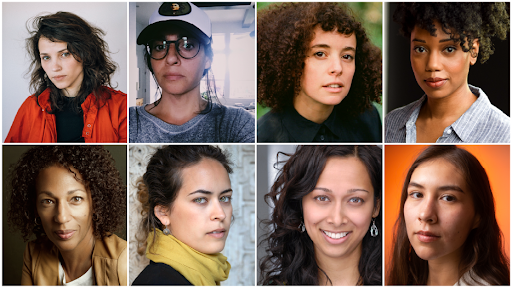 The program offers a full year of comprehensive support with custom-tailored mentorship from Sundance Institute and Adobe executives, skill-building workshops in the fall and spring, ongoing coaching, a $6,250 cash grant, and a one-year subscription to Adobe Creative Cloud. Fellows will also receive introductions to key industry contacts and creative advisors, referrals to specific career and development opportunities, and participate in quarterly group calls to share progress and learnings. Each fellow is also participating in a Sundance Institute Lab or program aligning with their career path.

“Women have been noticeably under-represented in creative fields like film-making—indeed, this year we were delighted to see Chloe Zhao be one of only two female directors to win an Oscar—and Adobe is committed to help address this,” said Ann Lewnes, Adobe CMO and EVP, Corporate Strategy & Development and member of the Sundance Institute Board of Trustees. “I’m incredibly proud of the ways Adobe is helping to advance the role of women in film through our support of programs like the 2021 Women at Sundance fellowship.”

Created in 2020, this fellowship was formed by the Institute and Adobe around a shared commitment to nurturing, developing, and championing underrepresented voices. Updates on the inaugural cohort of 2020 Women at Sundance Adobe Fellows include: Jenny Shi’s documentary feature Finding Yingying was acquired and broadcast on MTV’s Documentary Films channel and was nominated for the 42nd Annual News & Documentary Emmy®. Dionne Edwards has wrapped production on her debut fiction feature Pretty Red Dress.

The 2021 Women at Sundance | Adobe Fellows are:

McKenzie is a filmmaker, actor, and poet based in Chicago. She is the writer and lead actor of Olympia, which won the Audience Award at the 2019 Bentonville Film Festival. She has appeared on screen, including in the upcoming series The Big Leap, as well as onstage with Goodman and Steppenwolf Theatres, The Second City, and others. Her poetry has been nominated for a Pushcart Prize, and she is part of Growing Concerns Poetry Collective whose releases include two albums and the poetry collection Five Fifths. She is a 2021 Sundance Institute Screenwriters and Directors Lab Fellow.

Most recently story editor on the 22nd season of NBCUniversal’s Law & Order: SVU, Melody Cooper was previously staff writer on Stage 13’s Two Sentence Horror Stories, now on Netflix. A 2021 Sundance Institute Episodic Lab Fellow and 2019 HBO Access Writing Fellow, Melody has been named one of the Top 25 Screenwriters to Watch in 2021 by ISA. An award-winning playwright, Melody received a Ford Foundation grant to develop her Rwanda play Sweet Mercy. Melody also writes the comic book OMNI (Vol. 2: Issues #5 – 10). Her next project is a soon to be announced feature for Netflix.

Deborah Esquenazi is a two-time Emmy-nominated, Peabody-winning director, screenwriter, and investigative reporter. Her debut documentary, Southwest of Salem, helped exonerate the “San Antonio Four” from their wrongful convictions. She was a 2020 Sundance Institute Momentum Fellow for her feature, A Killing on Park, a thriller also based on Esquenazi’s original investigative work. She is the creator of the podcast, A Feminist History of Crime, now in development.

Meryam Joobeur is an Academy Award nominated Tunisian director, based in Montréal, Canada. Her work includes both documentary and fiction. Her short films Gods, Weeds and Revolutions (2012) and Born in the Maelstrom (2017), starring Sasha Lane, screened internationally. Her academy nominated Short Brotherhood (2018) screened at 150+ festivals and won 75 international prizes.

She is co-owner of the Tunisia based production company Instinct Bleu with producer Sarra Ben Hassen and is currently developing her first feature project Motherhood. She is a 2020 Sundance Institute Launch Grant Fund Recipient and a 2021 Sundance Institute January Screenwriters Lab Fellow.

Rajal Pitroda is a producer of fiction and non-fiction film whose work tackles issues of race, class and gender beyond the mainstream narrative. She most recently produced Down a Dark Stairwell, a feature documentary that premiered at the 2020 True/False Film Festival and was broadcast on Independent Lens. She is a 2020-2021 Sundance Institute Creative Producing Fellow, was a Black Public Media 360 Incubator Fellow, a Resident at SFFILM FilmHouse, and an Impact Producer Fellow with Firelight Media. Prior to producing, Rajal was the Founder/CEO of Cinevention, a media company focused on film marketing and distribution.

Shaandiin Tome is a Diné filmmaker from Albuquerque, New Mexico. Her breakout, award-winning short film Mud (Hashtł’ishnii) premiered at Sundance Film Festival in 2018 and premiered around the world, putting her on the map as a writer/director. While working on her path as a narrative filmmaker, she has directed multiple narrative-shifting short documentaries. Her unique outlook allows her to capture other trailblazers in the indigenous community, both as a director and cinematographer. She aims to bring resonating imagery in convergence with story, illustrating her perspective as a Diné woman. She was selected for the 2020 Sundance Institute Intensive for Indigenous Artists as well as the 2020 WIF x Sundance Institute Financing and Strategy Intensive.

Malika Zouhali-Worrall is a British/Afro-Arab filmmaker based in New York. An Emmy Award-winning director, her directing credits include the feature-length documentaries, Call Me Kuchu (Berlinale, Netflix, BBC World, 2012) and Thank You For Playing (Tribeca, POV/ITVS, News & Television Emmy Award, 2015), the web series Earn A Living (ARTE, IDFA, 2018), and the PBS American Masters short film, Strange Grace: The Art of Amyra León (2020). In 2021, Malika completed her fifth short, Video Visit, which will be released by Field of Vision, and screen at BAM Cinemafest and Blackstar. Malika was a 2020 Sundance Institute Momentum Fellow.

Founded in 1981 by Robert Redford, the Institute’s signature Labs, granting, and mentorship programs, dedicated to developing new work, take place throughout the year in the U.S. and internationally. Sundance Collab, a digital community platform, brings artists together to learn from each other and Sundance Advisors and connect in a creative space, developing and sharing works in progress. The Sundance Film Festival and other public programs connect audiences and artists to ignite new ideas, discover original voices, and build a community dedicated to independent storytelling. Sundance Institute has supported such projects as Clemency, Never Rarely Sometimes Always, Zola, On The Record, Boys State, The Farewell, Honeyland, One Child Nation, The Souvenir, The Infiltrators, Sorry to Bother You, Won’t You Be My Neighbor?, Hereditary, Call Me By Your Name, Get Out, The Big Sick, Mudbound, Fruitvale Station, City So Real, Top of the Lake, Between the World & Me, Wild Goose Dreams and Fun Home. Join Sundance Institute on Facebook, Instagram, Twitter and YouTube.

© 2020 Adobe Inc. All rights reserved. Adobe and the Adobe logo are either registered trademarks or trademarks of Adobe in the United States and/or other countries. All other trademarks are the property of their respective owners.