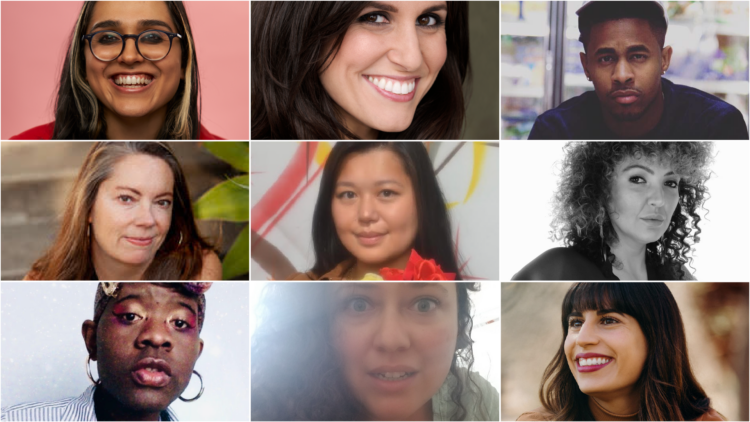 PARK CITY, UTAH — The Sundance Institute announced today the 9 Fellows and 8 projects selected for their 2021-2022 Episodic Program. This year marks the Episodic Lab’s return to in-person activities at the Sundance Mountain Resort in Utah bookended by a digital pre-lab story development curriculum and its first annual Episodic Pitch Parlor hosted in Los Angeles in partnership with XRM Media.

The Program is an entry point and sustaining force for early-career writers with original series IP who have yet to be produced, several without literary representation or preexisting industry access. The Episodic Lab is a keystone immersive six-day experience that gives writers an opportunity to workshop their pilot and expand their writing skills. Under the guidance of accomplished showrunners, producers, and executives, the Fellows participate in one-on-one story meetings, case study screenings, panels, and simulated writers rooms, which provide creative and strategic tools to shape their pilots.

Post Lab support focuses on navigating the business, including securing representation, staffing, and pitching skills. On May 4, Sundance will host its inaugural industry-facing Episodic Pitch Parlor presented by XRM Media.  This is an invitation-only live event designed to be both launchpad and celebration to introduce the writers and their Lab projects.

After completion of the Lab, the Episodic Advancement Fund provides additional monetary support to Fellows with grants for research, pitch decks, proof of concept videos, further development of the pilot post-Lab, and travel costs associated with scheduled meetings and opportunities.

“This was a year of many firsts and I hope to continue reinventing new systems of support for bold creators who are going overlooked,” said Episodic Program Director Jandiz Estrada Cardoso. “Audiences and networks are insatiable, thirsting for untouched stories. So to any writer seeking to cut through and elevate their work, we have a mountain we can all scale together.”

Application window is still open for the 2022-23 Program. Find information on sundance.org/episodic. Deadline to apply is MARCH 9, 2022.

More information on the projects and writers chosen for the 2021-2022 Episodic Lab & Pitch Parlor can be found below.

Pipe Dreams is a half-hour buddy comedy that follows two quarter-life Muslim-American women who live above a hookah bar in Brooklyn, navigating love, work, and their ever-elusive dreams one puff of shisha at a time.

Aisha Bhoori is a Pakistani-American writer whose credits include Staircase for HBO Max. She graduated from Harvard, where she was a three-time recipient of the Edward Eager Memorial Fund Prize for Best Creative Writing and the Harvard Monthly Prize for Greatest Literary Promise.

In this hour-long family drama, a young woman hired by a wealthy psychiatrist to care for her precocious daughter, discovers the seven-year-old may be a serial killer in the making.

Bridget McManus is the creator and host of Brunch With Bridget (LogoTV), she is also recognized from her recurring roles on Transparent (Amazon) and The Queen Latifah Show (CBS). She received her BFA from NYU’S Tisch School of the Arts, and trained at both The Second City and The Groundlings. Repped by Industry Entertainment.

Corey Dashaun is a staff writer on One Of Us Is Lying for Peacock and UCP. In 2021, he won the Seriesfest Storytellers Initiative Competition and partnered with Propagate Content to develop the winning script Fuck! Summer’s Over. He is currently developing Groupies, a horror-comedy feature, with Hyperobject Industries. As a 2021 Project Involve fellow, he was the Sony Pictures Entertainment fellowship recipient.

Gives Good Death is a half-hour dramedy about a commitment-phobic death doula practicing in Los Angeles. Will fulfilling clients’ bucket lists, erasing evidence of their checkered pasts, or simply holding their hands as they take their last breaths finally inspire her to start living?

Elizabeth Palmore is the screenwriter of The Evening Hour, which premiered at the 2020 Sundance Film Festival. Following her work with Pixar Animation, Palmore served as an assistant to Daniel Day-Lewis and Kathleen Kennedy. A Virginia native with an MFA in Playwriting (SFSU), Palmore is represented by The Gersh Agency.

Eve, a quirky, curious scientist, escapes the Garden of Eden and teams up with a deadpan but loyal Snake and the first ape to stand, Lucy, on a journey to find any meaning that can be found in the zany, broken universe they live in, all long before Eve’s ever tempted to sample a forbidden fruit. Adult animated comedy.

Jeanette Lim is a Singaporean American immigrant, Stanford University graduate, and esteemed assistant of writers at American Dad! and Futurama. Her short, Alma Y Paz, recently screened at Berlinale. Marva and Jeanette were staffed on WB’s Tiny Toons and wrote an episode of Netflix’s The Twits. Repped by Management 360.

Marva Whitaker is a multiracial writer whose childhood love of science-fiction prompted her to earn degrees in English and physics at ASU before pursuing her screenwriting MFA at USC. Marva and Jeanette were staffed on WB’s Tiny Toons and wrote an episode of Netflix’s The Twits. Repped by Management 360.

It’s 1994: a year of unprecedented political upheaval in Mexico when three women — a grieving mother, a Senator, and a journalist — begin to unravel the labyrinthine web of transnational crime and geopolitical trade as they try to solve the growing number of interconnected femicides committed in Juarez.

The Windy City gets a makeover when two Tik-Toking drag queens dip Chicago’s nightlife into the pasty watercolors of America’s Fine Arts Administration.

Mars Wolfe (they/them) orbits New York, Chicago, and Los Angeles, writing and moonlighting as 11 o’Clock: genderqueer drag queen. Mars has written/performed for The Onion and their plays have been developed at All Arts/PBS, Victory Gardens, and Juilliard. Mars’ Trans-fairytale series, Who Rang the Bell?!, is being archived in the Library of Congress.

An anxious, aging millennial, Arab-American Austin transplant goes on a mission to find the platonic love of her life after realizing she’s never had one lasting female friend, but will have to figure out how to befriend herself first.

Meghan Ross is a writer/director/future BFF based in Austin. Her shorts were featured in The New Yorker’s Best Shouts of 2020 and nominated for The Webby Awards 2021. Her writing’s appeared in Reductress, VICE’s Broadly, TV Without Pity, The Toast, and other defunct but beloved sites.