#Sundance40th: A Look Back at the Sundance Institute in the 1990s 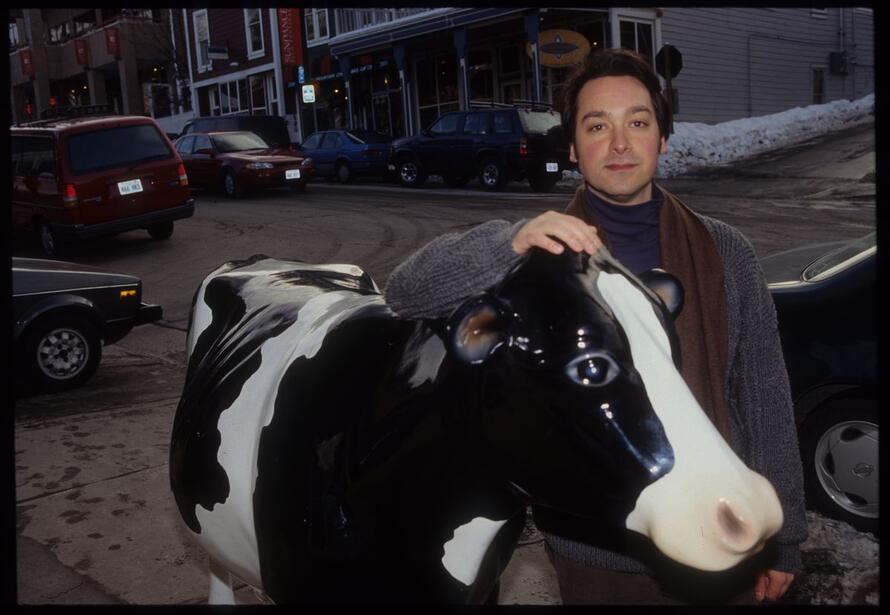 Gina Prince Bythewood. James Mangold. Nicole Holofcener. Paul Thomas Anderson: These are just a few of the notable directors that brought their early features through the Sundance Institute’s summer labs — and ultimately the Sundance Film Festival — during the 1990s, a transformative decade for the independent filmmaking landscape in the U.S.

“[The Sundance labs closed] this gap in which moviemaking and Hollywood exists over this hill in this far-away land and you’re this visitor, to being accepted into a family that includes people who’ve made some of the most treasured movies you’ve ever seen,” Mangold recalled earlier this summer, recounting his experience bringing his neo-noir feature Cop Land through the labs in 1994.

Alongside the summer labs, which continued to flourish over the course of the decade, the groundwork was also laid for so many other now-foundational artist support programs the Institute offers today. Among them, in 1994, the Institute formally created the Indigenous Program, building on its longstanding commitment to supporting the voices of Indigenous artists, which went back to Larry Littlebird (Laguna/Santo Domingo Pueblo) and Chris Spotted Eagle (Houmas Nation), who participated in the first meetings founding the Sundance Institute.

Below, read more about the key moments, the landmark projects, and the visionary artists from the decade who helped make the Institute and the Sundance Film Festival what they are today. And when you’re done, we hope you’ll help us support the storytellers of tomorrow. As a nonprofit, we’ve been able to offer these vital artist support programs thanks to the generosity of people like you — people who understand the impact that storytelling can have on our culture at large.

To learn even more about the Institute through the years, from 1981 through today, see the master timeline created by the Sundance Institute archives team. Here’s a quick look at some of the biggest milestones from the 1990s.

1990: Geoff Gilmore takes the reins as Festival director the same year the Festival’s official name changes from the U.S. Film Festival to the Sundance Film Festival.

1991: The Festival’s Midnight section is created to showcase “the most challenging but rewarding experiences from around the world, brought to you at the most arduous hour.”

1992: The Festival hosts “Barbed Wire Kisses,” a talk led by B. Ruby Rich that delves into the burgeoning New Queer Cinema movement.

1994: The Institute expands its longstanding support for Indigenous storytellers with the formal creation of the Native Program (now known as the Indigenous Program).

1996: The Institute begins working with the Open Society Foundation to provide grants to documentary filmmakers. This partnership formally becomes part of the Sundance Institute’s Documentary Film Program in 2002. This same year, Ken Brecher joins the Institute as executive director.

1997: The Sundance Collection at UCLA is established to preserve the long-term preservation of independent films. Today, the collection features more than 4,200 holdings.

Rick Famuyiwa attended the 1997 Directors Lab with The Wood after premiering his short film Blacktop Lingo at the 1996 Festival. Nearly 20 years later, he premiered Dope at the 2015 Festival, where it won the U.S. Dramatic Special Jury Award for Excellence in Editing.

James Mangold is best known for celebrated films like Girl, Interrupted, Walk the Line, Logan, and Ford vs. Ferrari, but he got his start in indies, first with Heavy, which earned him a Special Jury Prize for Directing at the 1995 Sundance Film Festival, and second with Cop Land, which he workshopped at the 1994 Directors Lab. Since then, he’s returned to the labs many times as an advisor.

Gina Prince-Bythewood attended the 1998 Screenwriters and Directors Labs to workshop her script for Love & Basketball. The produced project screened at the 2000 Festival and will have a Criterion release this September.

At the 1995 Directors Lab, Chris Eyre (Cheyenne/Apache) workshopped his project He Who Crawls Silently Through The Grass with a Small Bow and One Bad Arrow Hunting for Enough Deer to Feed the Whole Tribe, which would later become known as Smoke Signals. The film eventually screened at the 1998 Festival, winning both the Audience Award and the Filmmaker Trophy in the Dramatic category.

HEDWIG AND THE ANGRY INCH

John Cameron Mitchell workshopped the film adaptation of his Off-Broadway musical Hedwig and the Angry Inch at the 1999 Directors and Screenwriters Labs. The film screened at the 2001 Festival, and when the stage show eventually re-opened on Broadway, it won four Tony Awards (tying for the most awards that night with Sundance Theatre Lab–supported project A Gentleman’s Guide to Love and Murder.)

DOWN TO THE BONE

Debra Granik attended the labs in 1999 to work on her screenplay Down to the Bone, which later premiered at the 2004 Festival. Granik returned to Park City in 2010 with the highly lauded Winter’s Bone, winner of the Grand Jury Prize that year.

Writer-director Kimberly Peirce develops Boys Don’t Cry at the 1997 Directors Lab. The groundbreaking film, based on the true story of a transgender man starting over in a small Nebraska town, goes on to earn Hilary Swank the 2000 Academy Award for Best Actress.

ANGELS IN AMERICA + THE KENTUCKY CYCLE

The 1990 Playwrights Laboratory was attended by two Pulitzer-winning playwrights who workshopped parts of their plays there: Tony Kushner with Angels in America and Robert Schenkkan with The Kentucky Cycle. Angels in America also won several Tony Awards and was adapted into an award-winning television mini-series.

BEFORE YOU GO: Through the month of August, we’re looking to raise vital funds to support the next generation of independent storytellers as we commemorate our 40th year as an Institute. Will you join us in standing for storytelling? Donate now.