​Sundance Ignite: Meet the Next Generation of Independent Filmmakers 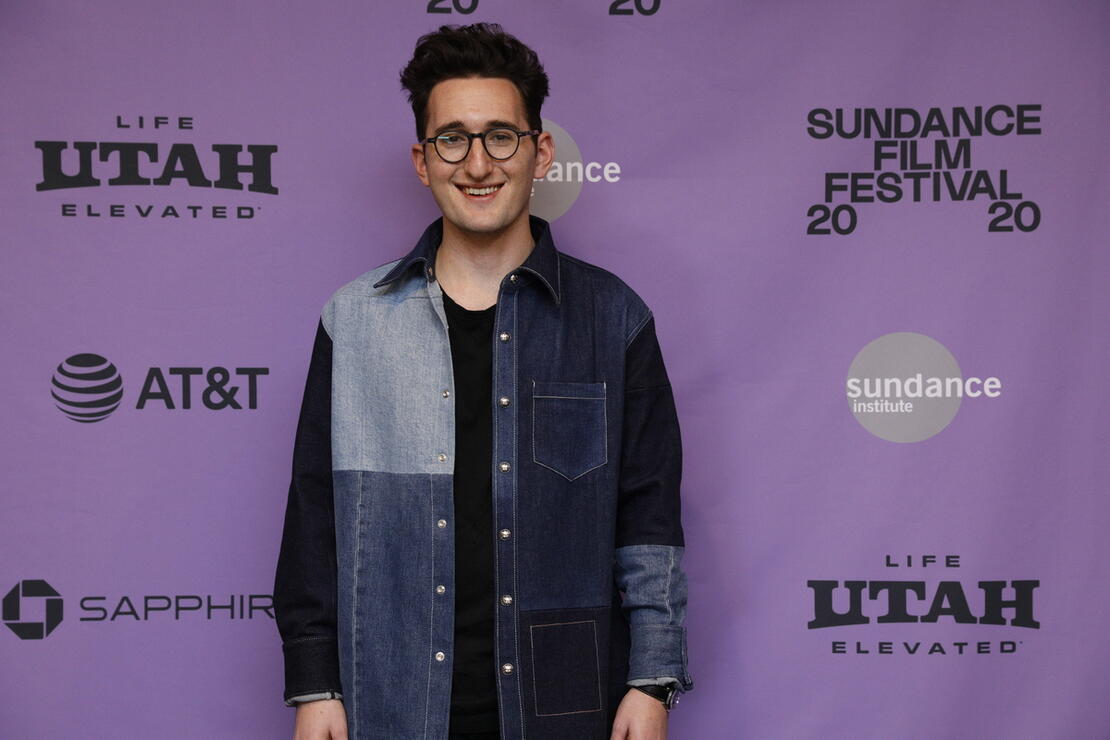 Former Ignite Fellow Lance Oppenheim at the world premiere of Some Kind of Heaven. © 2020 Sundance Institute | Photo by Becca Haydu

Ed. note: This year’s Sundance Ignite x Adobe Short Film Challenge is now open. If you’re an emerging filmmaker ages 18 to 25, submit your short film by April 6 for a chance to be one of 2022’s Sundance Ignite fellows. This post was originally published in February 2020; it has since been updated.

Established in 2015 with founding support from Adobe, our Ignite program has endeavored to cultivate and advance the careers of emerging filmmakers ages 18 to 25. Serving as an incubator of sorts, Ignite offers unique resources to its annual class of fellows, including mentorships, grants, a new creative community, and the chance to attend the Sundance Film Festival.

As the deadline for this year’s Sundance Ignite x Adobe Short Film Challenge draws near, we looked up four former fellows to see what they’ve been working on and find out what they took away from their Ignite experience. If you’re between the ages of 18 and 25 and want to be considered for this unique opportunity, submit your short by 11 a.m. PT on April 6.

Lance Oppenheim made history last year when he became the first Ignite Fellow to premiere a feature at the 2020 Sundance Film Festival. He worked on that project, Some Kind of Heaven — a playful yet deeply poignant documentary about several residents of the world’s largest retirement community — during his Ignite Fellowship year in 2019, utilizing his Ignite mentor, Jeff Orlowski, and other staff members connected to the Sundance Institute program.

For Oppenheim, who grew up in Florida, The Villages loomed large. “I was fascinated that hundreds of thousands of people were moving from across the country to live in this kind of isolated Truman Show–like bubble town, and I wanted to see what that was like for myself,” he said of the project after its premiere in the NEXT section in Park City. So he moved into an Airbnb on the 32-square-mile retirement community (population 125,000 and rising) and had a couple of retired rodeo clowns show him around.

“I always had this idea that when you get to that certain point in your life, your struggles fade away,” Oppenheim recalled. “But these subjects in the film, in how complex and beautiful they are, proved that that’s not necessarily true — that there’s still so much desire and fulfillment that you may lack at that point.”

“I’m interested in telling stories of women who are resilient and challenging mainstream media portrayals of major issues,” says filmmaker Leah Galant, who made waves at SXSW in 2018 with the world premiere of Death Metal Grandma. With the short — which she made during her year as an Ignite Fellow — she documented a 97-year-old Holocaust survivor’s foray into a whole new genre.

This industry can be particularly tough to navigate for young women, so having that support system means everything.

“This industry can be particularly tough to navigate for young women, so having that support system means everything,” the native of Cortlandt, New York, said of her experience with the Ignite Program. Galant and fellow Ignite alum Maya Cueva previously teamed up on a short, The Provider, that screened at SXSW in 2016, and they’re currently in post-production on a feature documentary called On the Divide, a project that centers on the last abortion clinic on the U.S./Mexico border. Post-fellowship, Ignite paired them up with a producing mentor, Donna Gruneich, to help them navigate the business side of the filmmaking process.

Writer/director Rachael Moton — a 2019 Ignite Fellow and an alum of Temple University — is currently entering post-production on Mary Mary, Quite Contrary, a darkly funny short that took her to another galaxy and back again. “My team and I were inspired by the (somewhat messy) politics of the sex-positivity movement,” she says of the project, in which a sexually repressed young woman seeks to thwart aliens bent on abducting a human virgin as a trophy.

I feel that a lot of filmmakers use trauma as a storytelling tactic and can retraumatize their audience in the process, and I want my films to do the opposite.

“Overall, I’m really inspired more by comedy as a genre rather than specific themes,” Moton explains. “I’ve always been drawn to comedy because I believe it works as a multipurpose tool in storytelling—for catharsis, to weaponize, to educate, etc. Throughout my work, I’ve been excited about using comedy as a way to create empathy. I feel that a lot of filmmakers use trauma as a storytelling tactic and can retraumatize their audience in the process, and I want my films to do the opposite.”

She’ll continue to explore the genre in her upcoming debut feature, Paper Trail, set in Moton’s native Philadelphia. The comedy centers on two genius black siblings living in a rapidly gentrifying neighborhood who seek to stave off an eviction notice by making money doing the coursework of local college students.

Find out more about the Ignite Fellowship here, and don’t forget that the 2021 Sundance Ignite x Adobe Challenge ends April 6.