Students in Name Only 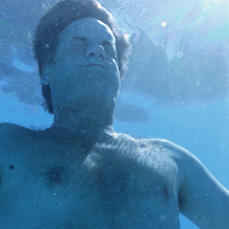 It’s hard to deny that higher education gets a bad wrap sometimes. Lackluster student events, hollow campus causes, (occasionally) crappy college radio, even school food – they all go hand-in-hand with some people’s perception of student films. Beyond the food part—because, c’mon, that sneeze guard hardly does the trick—no one here on the Festival staff would agree with the assumption that collegiate-made film is in any way inferior to professional filmmakers’ output. In fact, when it comes to watching films, we often don’t know the difference.

From our travels and conversations, it’s clear that many people think the Festival programmers have a quota when it comes to choosing films from universities and colleges. We don’t. It just so happens in the shorts world that hundreds – potentially even thousands – of student films come our way each year. And many of them are really, really good.

This year proved no exception. It’s a strong season indeed, filled with innovation and originality. Seventeen student films from 13 different university or academic programs helped round out the 2010 Festival. Some filmmakers are undergraduates, some come from master’s programs, and all have the passion, drive, and skill to really win over an audience in Park City.

Whether it be AFI, Cal Arts, Columbia University, CSUMB, Emily Carr University (Canada), ESCAC (Barcelona), Le Fresnoy Studio (France), NYU, Polish National Film and Television School (Poland), UC Davis, or the Victorian College of the Arts (Australia), it’s hard to pinpoint a certain sensibility line that connects the type of stories being told this year. The shorts in this year’s lineup, much like the students themselves, constitute a large variety of styles. There’s a great diversity to this year’s shorts program, thanks to the obvious heterogeneity of the disciplines being taught in the classroom.

“For the most part, I had a good experience at Columbia,” J.J. Adler, the director of the short New Media remembers about her MFA at Columbia. “The most valuable aspect of attending film school for me was meeting and building relationships with like-minded people at the same place in their careers as I was. I made some great friends and collaborators.

“I think I went to film school a little bit before I was ‘ready’ to,” she acknowledges. “I don’t think I knew what kinds of stories I wanted to tell when I began at Columbia. I was fresh out of college and, having grown up rather sheltered and in a religious community, didn’t really have the kind of perspective I would have hoped to have had.”

But while she was still growing and learning her voice, she was getting a good education in the language of film, particularly, she says, from director Eric Mendelsohn, whose 3 Backyards is in the U.S. Dramatic Competition at the 2010 Festival. “I’m pretty honored to be at Sundance the same year as he’s here with his film.”

Jason Tippet, director of the SXSW jury award winner Thompson (also a 2010 Festival short), says he had no clue what kind of films he wanted to make right after high school.

“It took two years of drinking during the day and community college to decide on Cal Arts,” he recalls. “There’s no hurry to make that big of a decision. At another school I went to, I had a screenwriting teacher that told me that my life wasn’t interesting and to stop writing about it. That same teacher wrote Sniper 2. I guess his life wasn’t that interesting either.”

But Cal Arts helped Tippet determine the stories he wanted to tell and the messages he wanted to send. Through working closely with a few faculty members, “I realized my experiences growing up inspired the types of films I want to make. I only made films about what I knew … also, what I knew wasn’t expensive.”

It’s no wonder that in both cases, classroom collaboration and teacher guidance helped pave the way to create something unique. Ideas and ideals often thrive when they become part of a community of other students espousing their own ideas and ideals. Schools of all sizes and pedagogies clearly influence a filmmaker as much as they inspire him or her. Of course, in every filmmaker’s career, there comes a time when school comes to pass, and the “real world” looms. For a filmmaker entering such a tough industry after graduation, it’s not always an easy path.

Adler is relatively lucky that she has been working as the editor and then director of The Onion’s webseries, The Onion News Network, since before its 2007 launch. “At The Onion, I work with a former film school classmate of mine but I also really lean on some of my close film school friends for feedback on my work and ideas that exist outside of The Onion. I feel I have a whole network of collaborators that I obtained through my time at Columbia. It’s the most valuable thing I feel I got from the program.”

“Now that I have graduated, it’s a lot more difficult to make my own films,” says Tippet. “I found a strong group of filmmakers (at Cal Arts) that I enjoy working with, and am fortunate enough to be doing something I love to pay the bills. Aside from some post-school challenges, like not having equipment or medical insurance, I feel that I have learned as much as I could from Cal Arts and am prepared to move on.”

As for their advice for others wanting to go to film school, Adler chimes in: “Some people don’t need the structure of a school environment to go out and make films or to network and meet other aspiring filmmakers. I felt I did. Certainly, I got an education out of it as well. But I know filmmakers who never went to school who know far, far more than I do about filmmaking – they are self-taught by way of watching and analyzing great films and writing on filmmaking.”

“I don’t think film school is for everyone,” Tippet adds. “Cal Arts didn’t force me to make films; I had to motivate myself to put out work. It’s a great method, because once you graduate, no one is going to hassle you to get work done.”