Straight Out of Sundance: How “Drunktown’s Finest” Director Sydney Freeland Found Cinema and Pursued Her Dream 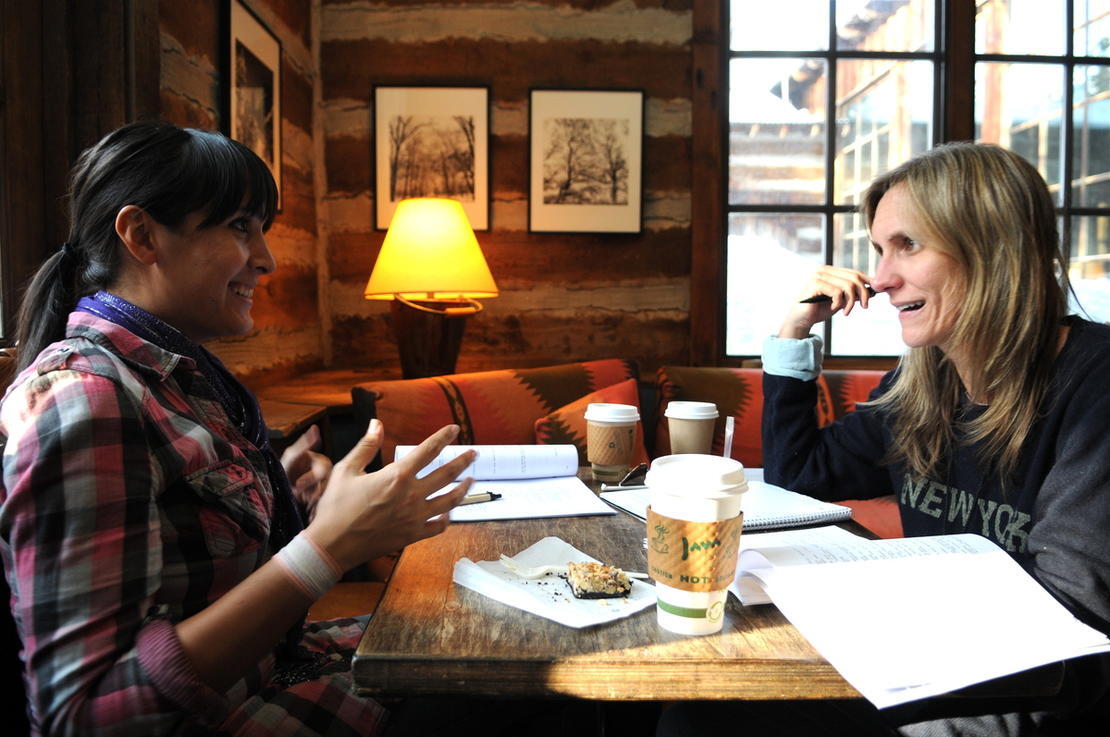 Earlier this year, the Sundance Institute marked its 40th anniversary, and to commemorate the occasion, we caught up with dozens of Institute alumni to learn more about how they brought some of their very first projects from development to debut. In our Straight Out of Sundance series, we’ll be sharing more of their stories with you. Want to learn more about the nonprofit Institute’s year-round work supporting artists around the world — and how you can help? Visit our Membership page today.

These days, Sydney Freeland (Navajo) has two award-winning features under her belt, and she’s an in-demand talent in the TV world, racking up directing credits on series like Reservation Dogs, Fear the Walking Dead, and P-Valley.

But growing up on the Navajo Nation reservation in New Mexico, the notion of becoming a filmmaker never entered her mind. In fact, she didn’t pick up a camera until she was 23 — and from there, everything changed.

“Once I picked up a camera, I knew this is what I wanted to do,” she tells us, “but I had no means of going about it, pursuing this dream to go into the film industry. And [I was] very raw. I didn’t know anybody; I didn’t have any experience.”

What Freeland did have was a creative fire — and a clear vision for a story she wanted to tell about three Navajo teenagers who longed to escape life on the reservation.

It was around this time that she began hearing about the Sundance Institute’s filmmaking labs held every summer high in the mountains of Utah, and she decided to submit her script.

“The first [version] was 171 pages, which is an absurd amount for a screenplay,” Freeland recalls. “I sent it in, it got rejected, but to their credit, a gentleman there, [Indigenous Program director] Bird Runningwater, actually read the whole script. He felt it had potential. He responded to me and said, ‘Hey, maybe if you got this under 120. You think you could do that?’

“And I did. I submitted it again. I was able to get into the labs. From there, that’s when I would say my career really took off. I went to film school. I would consider film school learning the ABCs, but I would consider Sundance learning how to write or how to tell a story.”

After attending the Institute’s 2009 Native Filmmakers Lab, and eventually the 2010 Screenwriters and Directors Labs, her script for Drunktown’s Finest — named in response to a headline that christened her hometown of Gallup, New Mexico “Drunktown, USA” — began to take shape. The finished feature eventually had its world premiere at the 2014 Sundance Film Festival, and from there, Freeland’s career took off.

Her follow-up feature, Deidra & Laney Rob a Train, screened at the 2017 Festival, and she’s kept busy directing television shows — 22 episodes in a three-year span, to be exact — including Grey’s Anatomy, Her Story, The Walking Dead: World Beyond, Rutherford Falls, and Reservation Dogs.

Freeland is currently at work on her next feature, Rez Ball, a coming-of-age story about the world of basketball on the Navajo reservation. Rez Ball will see Freeland team up with another Sundance alum, Sterlin Harjo (Seminole/Muscogee Creek), co-creator and showrunner of Reservation Dogs.

“Basketball on the rez is like high school football in West Texas. It has a fanatical following that few sports can rival,” Freeland has explained. “This is a story that’s commonplace on Indian reservations all over the U.S., but most people aren’t even aware it exists. What we want to do is bring people into our world, to tell a story about the people and places we know…”

During the Sundance interview, Freeland made a point of crediting the contributions of Sundance Institute founder Robert Redford, who started the Institute in 1981, incorporated Native programs, and began a lab specifically for Native American filmmakers: “The fact that something like that existed for someone like me, from my specific background, that gave me that little push, that little extra something, that I needed to get into the industry.”