Staff Spotlight: Retiring Ticketing Director Linda Pfafflin on the Serendipity That Led to a Career 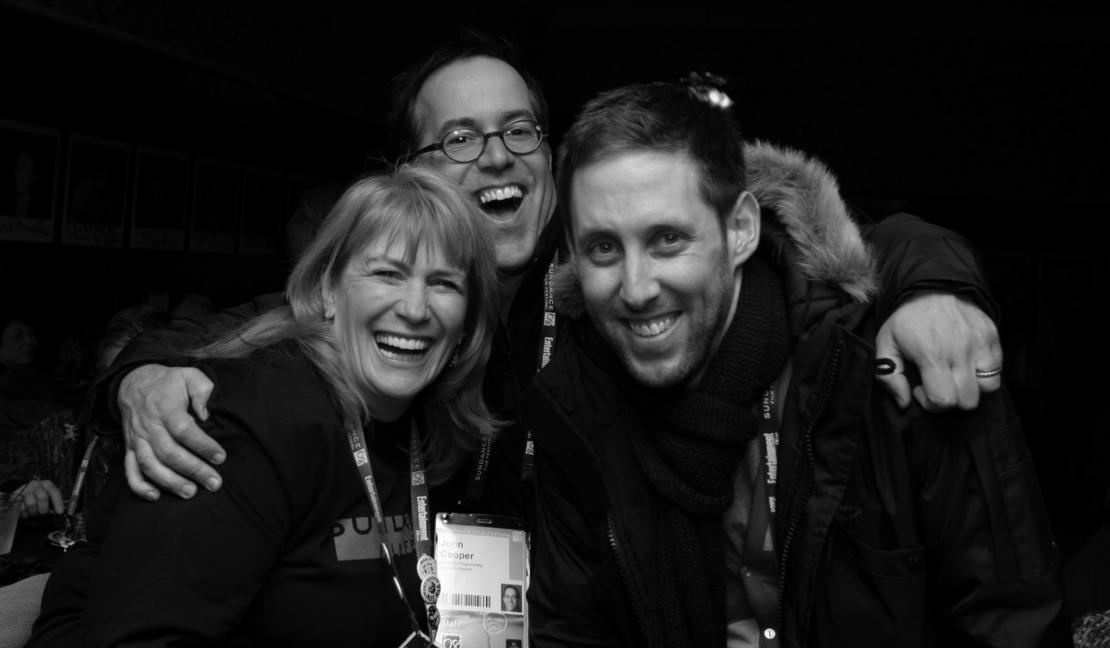 Linda Pfafflin is the director of ticketing at Sundance Institute and is retiring this month. She attended the Sundance Film Festival for the first time as a patron in 1998 before becoming a volunteer and then an employee.

After 21 years, it’s still all about serendipity. There never was a plan to be the first person to truly retire from Sundance Institute—riding off into the sunset to grandkids and gardening, and baffling an HR department that’s never dealt with certain Social Security and Medicare forms. Serendipity is what brought me to Utah in the first place.

It started with a spider bite in 1996: while on vacation, my husband’s foot met up with a hobo spider and had a rare, quite serious reaction. We returned to Chicago and the magic words necrosis, skin graft, and amputation made Mike eager to leave his position as a district store manager and take a job as a buyer in the corporate office of the company we both worked for, where he could keep his leg elevated for six months. The caveat: he could accept a corporate position only if he promised to eventually transfer to Salt Lake City. They also offered me a corporate position, and we settled in Utah in 1997.

When I went to buy tickets for the 1998 Sundance Film Festival, I jokingly asked the ticket agent if there was anything left for the Salt Lake City Opening Night screening. Now that I know how hard those tickets are to come by, it was a miracle that I got to see the premiere of Sliding Doors, with Gwyneth Paltrow and Robert Redford in attendance.

I wasn’t planning on being a volunteer either. Almost exactly a year later, our company was sold. Irked, I decided to take some vacation time to volunteer at the Festival, even though I had just been out for three weeks. I called the Volunteer Department only to find that, literally minutes before I phoned, the volunteer box office supervisor at the new Eccles Theatre had quit. The winning interview question: “Can you handle cash?” I was a retail executive with stores doing a half million a week. So I embarked on an annual two-week vacation, managing the press line snaking in front of the Eccles box office window and tempting Matt Damon inside with mint brownies.

I was still a happy volunteer until my job-hunting daughter noticed an opening at the Institute in 2004. I interviewed (just a few doors down from my office) for the ticketing systems administrator position and never looked back—just forward to an amazing career with the Institute.

One more instance of serendipity: a year later it was announced that the Institute’s Salt Lake City office was moving 30 miles away to Park City. My boss, the ticketing director, despised driving. A few months later, I was the head of ticketing.

I have enough bizarre stories since then to fill a book (which might only resurface with a foo-foo cocktail), and the department has changed a ton—from implementing ticket scanning to developing the eWaitlist and refining online sales. In 2011 we were awarded the Outstanding Ticket Office Award by the International Ticketing Association. But it always was a team effort—over 350 seasonal and full-time staff members have passed through the department in my time.

I won’t miss the death-defying treks through blizzards on my commute, but I will miss the people more than anything. I’m reminded of my high school yearbook motto that I chose a zillion years ago, a quote from Tennyson: “I am a part of all that I have met.” Serendipity or not, it’s still true—Sundance will always be part of me.