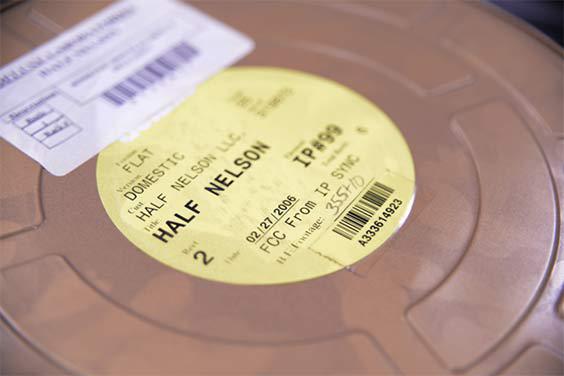 Lebec, California. I’d never been there, and as I drove north from Los Angeles, I worried that I’d miss the freeway exit. Fifty-seven miles came and went, but the surrounding hillside looked nothing like where I was supposed to be. I kept driving, constantly wondering if I should turn around before I went too far.

I’d researched my destination pretty thoroughly beforehand; I looked at maps and satellite photography to make sure I knew exactly what I was looking for, which was a giant warehouse. It was supposed to be located behind an IKEA distribution center, and eventually I saw that building looming on a hill, my goal tucked away behind affordable and stylish flat-packed furniture from Sweden.

Maybe, I thought, I’ll see if they’re a retail outlet and stop for that coffee table I’d been eyeing. Maybe they have a cafe and I can stop for lunch and try to avoid locking eyes with the inevitable messy human baby in a high chair destroying a bowl of gelatinous macaroni and cheese. No. There was no time for distractions, and honestly, I felt as though I’d earned a day off from having my self-esteem damaged by overconfident babies.

I was on a specific mission, and that mission was to document the transfer of film materials from the now-defunct Deluxe color labs to the Sundance Collection at UCLA facility where they would be properly stored and cared for in specially designed vaults for hundreds of years (barring any unforeseen apocalypses). After all, today kicks off what the American Library Association has christened Preservation Week.

I arrived at the warehouse complex, which seemed to stretch on forever. The parking lot was deserted, but the address was correct, so I began to build out my camera equipment. I noticed someone in the distance driving toward me slowly in a golf cart. He was difficult to make out in the heat haze burning off the pavement in the Southern California noon, but I figured it more than likely that he was a security guard and not a very lost golfer.

As I finished testing the camera functions, the guard pulled up to me and asked what I was doing there. I explained, and he pointed me in the direction of where I actually needed to go, which was roughly two miles down the way. Still the same building, though. I got back in the car and drove to my final destination, swerving back and forth across the empty lot and taking advantage of the fact I was driving a compact in a place designed for big rigs.

I finally made it. It took a few moments to go through warehouse security, which consisted of a kindly old Eastern European woman at a desk covered in plants and knickknacks. I was led back into the warehouse proper, down hallways adorned with framed movie posters arranged with seemingly no regard for thematic unity. I never thought I’d see a poster for 2014’s Heaven Is for Real on a wall right next to Casino, but I respect their egalitarianism.

The warehouse itself was enormous and I immediately became anxious thinking about its HVAC costs. My guide explained that they didn’t just store film materials there, and he kindly asked that I restrict my shooting to the Sundance materials, so my apologies to those hoping for pictures of boxes of Spider-Man action figures or reels of Hellraiser IV: Bloodline.

The Sundance reels were arranged in two long rows of pallets, each one stacked waist-high with film canisters and sealed in shiny plastic wrap. I walked up and down the makeshift aisle between the rows, looking at the labels of the movies that Sundance and UCLA would be conserving.

It was difficult to see everything, especially the movies on the bottoms of the stacks, but I noticed titles like Requiem for a Dream (which went through the 1999 Sundance Screenwriter Labs) and Pulp Fiction, which played as part of a Sundance program in China in 1995.

There was even a personal favorite, Reefer Madness, the 2005 musical adaptation of the hysterical (in the literal sense of the word) anti-drug film of the same name made in 1936. I felt relieved to know that in 70 years, people would be able to make fun of how we made fun of 70-year-old movies.

It’s easy to forget in the digital present that physical objects and records still exist and need to be properly preserved. Beyond that, there’s the pervasive notion that everything, whether it’s on film or a hard drive, is kept safe somewhere and that it will be available forever. That’s just not the case, and it requires a lot of hard work to keep these things protected and in one piece.

As I watched forklifts carry the pallets onto the truck that would transport the films to their new archival home, I realized how fragile these film elements really are. They’re just pieces of celluloid created in a chemical process, a process that breaks down easily without care and attention. Film strips shrink. Color fades. Optical audio tracks get scratched and warped. These prints, negatives, and other materials are kept “safe” in metal tins that are only millimeters thick.

These objects and the content within are our history. They’re Sundance history on a micro-level, but they’re valuable to everyone. They’re context, they’re stories that may have only been told once, and they’re worth our time and care.

On the way back to LA, I stopped at a gas station to buy some candy and noticed that they had a rack of discount CDs. One stood out to me, the Rolling Stones’ 1994 album Voodoo Lounge. I looked closely at the cover, which up until that instant I had mercifully forgotten. The central image is a yellow humanoid figure with cheetah spots contorted into a pose Edvard Munch would have considered a little gauche.

The black-and-white background looks like something created by a junior graphic designer having fun with the posterize slider in some early version of Photoshop (in the designer’s defense, everyone did this in 1994). This is terrible, I thought. This isn’t even ironically terrible, it’s just dated and bad. I put it back on the shelf and walked away, my eyes luxuriating in relief.

But even in that moment, I hoped that somewhere in the bowels of UMG, that original art is lovingly protected. It’s pop culture, but it’s still history, and without it, future generations will never know the best and (in this particular case) worst of us.