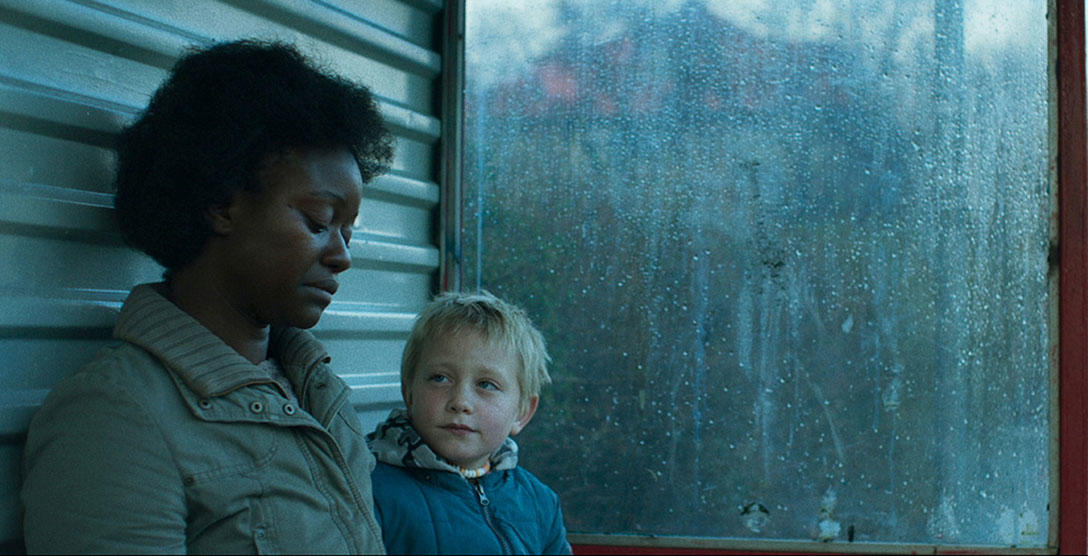 So far, 2018 has already brought us TIME’S UP, the Dora Milaje, and Chloe Kim. When it comes to celebrating women, we don’t necessarily need a designated month. But it doesn’t hurt. So this Women’s History Month, and to celebrate International Women’s Day, we want to spotlight an often overlooked filmmaker community: the female cinematographer.

By now, the gender inequities across the film industry have become common knowledge: only 4.2% of the 100 top-grossing American films are made by female directors. But for the 2,000 top-grossing movies from 1994 to 2013, only 1.8% of the cinematographers were women.*

Which is why Rachel Morrison’s Oscar nomination for Best Cinematography in Dee Rees’ Mudbound is no less than revolutionary; since its inception 90 years ago, the Academy has never nominated a woman for this category, and the film industry seems to erase women DPs from their history at large.

As a proven artist pipeline, the American independent film sector is one place where opportunities exist to create change. Over the past six years, Women at Sundance, with leadership support from The Harnisch Foundation and Refinery29, has worked to discover, spotlight, and forge ways for independent women filmmakers to succeed as storytellers who shape our cultural landscape.

This year, of the 122 feature films that showed at the Sundance Film Festival, 16% were shot by women, markedly ahead of the mainstream industry –– but still with tremendous room for growth. See below for a guide to these films and cinematographers, and remember to celebrate them this March and every other month of the year.

*According to a study by the producer and researcher Stephen Follows.

The apocalypse proves a blessing in disguise for one lucky recluse – until a second survivor arrives with the threat of companionship.

1993: after being caught having sex with the prom queen, a girl is forced into a gay conversion therapy center. Based on Emily Danforth’s acclaimed and controversial coming-of-age novel.

Blurring lines between fact and fiction, Nancy becomes increasingly convinced she was kidnapped as a child. When she meets a couple whose daughter went missing thirty years ago, reasonable doubts give way to willful belief – and the power of emotion threatens to overcome all rationality.

Take a journey with young minds from around the globe as they prepare their projects for the largest convening of high school scientists in the world, the Intel International Science and Engineering Fair (ISEF). Watch these passionate innovators find the courage to face the planet’s environmental threats while navigating adolescence.

On Her Shoulders (USA)

Nadia Murad, a 23-year-old Yazidi, survived genocide and sexual slavery committed by ISIS. Repeating her story to politicians and media, this ordinary girl finds herself thrust onto the world stage as the voice of her people. Away from the podium, she must navigate bureaucracy, fame and people’s good intentions.

At the edge of Iceland’s Reykjanes peninsula, two women’s lives will intersect – for a brief moment – while trapped in circumstances unforeseen. Between a struggling Icelandic mother and an asylum seeker from Guinea-Bissau, a delicate bond will form as both strategize to get their lives back on track.

This is Home (USA)

This is an intimate portrait of four Syrian families arriving in Baltimore, Maryland and struggling to find their footing. With eight months to become self-sufficient, they must forge ahead to rebuild their lives. When the travel ban adds further complications, their strength and resilience are put to the test.

In 1992, teenager Sandi Tan shot Singapore’s first indie road movie with her enigmatic American mentor Georges – who then vanished with all the footage. Twenty years later, the 16mm film is recovered, sending Tan, now a novelist in Los Angeles, on a personal odyssey in search of Georges’ vanishing footprints.

A European woman has been kept by a family as a domestic slave for 10 years – one of over 45 million victims of modern-day slavery. Drawing courage from the filmmaker’s presence, she decides to escape the unbearable oppression and become a free person.

Lauren Greenfield’s postcard from the edge of the American Empire captures a portrait of a materialistic, image-obsessed culture. Simultaneously personal journey and historical essay, the film bears witness to the global boom–bust economy, the corrupted American Dream and the human costs of late stage capitalism, narcissism and greed.

Half the Picture (USA)

At a pivotal moment for gender equality in Hollywood, successful women directors tell the stories of their art, lives and careers. Having endured a long history of systemic discrimination, women filmmakers may be getting the first glimpse of a future that values their voices equally.

An intimate portrait of an unlikely rock star: Justice Ruth Bader Ginsburg. With unprecedented access, the filmmakers show how her early legal battles changed the world for women. Now this 84-year-old does push-ups as easily as she writes blistering dissents that have earned her the title “Notorious RBG.”

This intimate portrait examines one of the world’s most beloved and inventive comedians. Told largely through Robin’s own voice and using a wealth of never-before-seen archive, the film takes us through his extraordinary life and career and reveals the spark of madness that drove him.

When two siblings undertake an archaeological excavation of their late grandmother’s house, they embark on a magical-realist journey from her home in New Jersey to ancient Rome, from fashion to physics, in search of what life remains in the objects we leave behind.

Lulu Danger’s unsatisfying marriage takes a fortunate turn for the worse when a mysterious man from her past comes to town to perform an event called “An Evening With Beverly Luff Linn For One Magical Night Only.”

Jessie and Angela, high school dropout BFFs, are taking a week off to chill at the beach. Too bad their house got robbed, rent’s due, they’re about to get fired, and they’re broke. Now they’ve gotta avoid eviction, stay out of jail, and get to the beach, no matter what!

A new HBO nonfiction series inspired by the eponymous feminist newsletter from Lena Dunham and Jenni Konner, Lenny covers current events, pop culture moments, and everything in between to connect with women of every shape, size, mindset, religion, and aspiration. Each episode features a collection of short-subject films unified around a theme. The six pieces comprising the pilot, “Women in Pursuit,” pulse with provocative experiences and surprising lenses, gleefully delving into sex, work, identity, and death.

The Summation of Force (Australia)

In a moonlit suburban yard, two brothers battle one another in a mythic game of cricket. A study of the motion, physics and psychology of elite sport; a cosmic, dreamlike and darkly beautiful metaphor for life.

An in-depth look at the personal journey of Xate Singali: from her roots as a famous singer in Kurdistan, through ISIS sex slavery, and to her new life as a soldier on the front lines as she starts a female-only Iraqi fighting unit called the Sun Ladies.

A live cinema portrait of the legendary classical music group the Kronos Quartet. Green narrates the film, and Kronos performs the soundtrack live. A meditation on music itself—the act of listening closely to music, the experience of feeling music deeply, and the power of music to change the world.

America To Me (USA)

This limited series captures a yearlong look at one of Chicago’s most progressive and diverse public schools, located in suburban Oak Park. Unprecedented in scope, the series is both intimate and epic in its storytelling as it explores America’s charged state of race, culture, and education today.

After a long separation, two sisters are forced to come together. When the man that once got between them reappears, a triangle emerges and they find themselves in a similar place as they were years before: suffocating, infuriating, and incredibly familiar. Home.

Comedian Franchesca Ramsey finds communion and culture in this digital series which explores beauty and fashion. The pilot episode finds Franchesca escaping ubiquitous internet trolls as she spends the day with friend Michelle Buteau getting an ornate Japanese gel manicure.

Best friends Kate and Michael, who are deaf, try to balance their personal and professional lives. She’s newly engaged and struggles to grow at work, while he battles self-destructive writer’s block after having his heart broken. As they tackle their own issues, their friendship is put to the test.

A young woman who has been sexually assaulted by a stranger on the subway is rendered with psychological menace and sensory dislocation in this elliptical tale.

Filmed and edited in intimate vérité style, this work follows visionary medical practitioners who are working on the cutting edge of life and death—and dedicated to changing our thinking about both.

In a black hair salon in gentrifying Brooklyn, the local residents fend off a strange new monster: white women intent on sucking the lifeblood from black culture.

A wily 87-year-old New Yorker, Judith Godwin is one of very few women of the Abstract Expressionist Movement. A creative awakening in college led her to produce the brilliant, gestural paintings for which she is renowned.

Faced with a challenging daily routine, Ramona tries to take refuge in her relationships with her daughter and granddaughter.

The oil boom in North Dakota has brought tens of thousands of new people to the region and with that has come an influx of drugs, crime and sex trafficking.

The intense journey of a woman stunned when her routine annual mammogram delivers a cancer diagnosis. This film is unafraid to battle cancer directly, projecting a power to inspire, educate, destigmatize and effect change.

A comedy about structural racism at the workplace.

Zuzia, 12, has been training for two years and has extraordinary role topping the acrobatic pyramid. At the start of a new season, it’s clear that she’s lost some grace and lightness. A growth spurt may be the culprit.