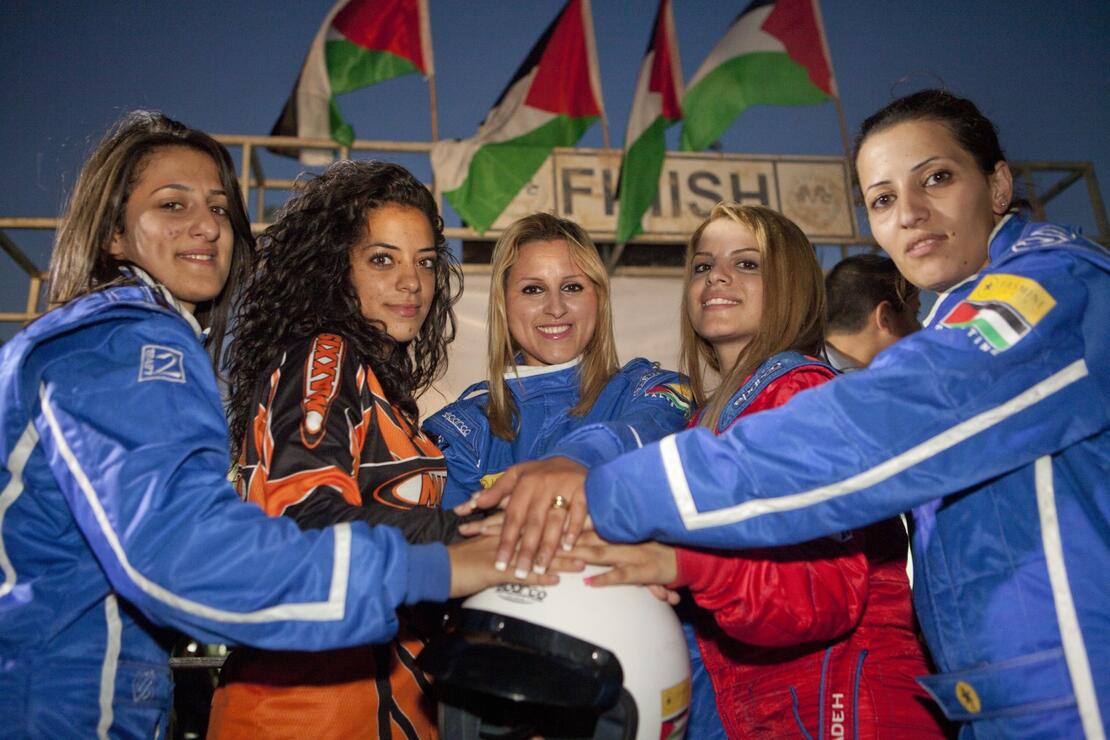 When filmmakers Najwa Najjar and Cherien Dabis reconnected in 2009, four years after bringing projects through the Sundance Institute’s Rawi Middle East Screenwriters Lab in Jordan, the pair had a lot to discuss. Soon after their international call, the two would fly to Park City for the Sundance Film Festival premieres of their respective debut features, Najjar’s Pomegranates and Myrrh and Dabis’s Amreeka.

During their conversation, both filmmakers talked about how their backgrounds helped shape their work as filmmakers. “I felt like I was never American enough for Americans, and never Arab enough for the Arabs, and the question of who I was really haunted me for a long time,” said Dabis, who based Amreeka in part on her own experience growing up as a child of Palestinian immigrants in rural America. “Where do I fit in? But I think you get to a place where you realize that you’re lucky to have these two very different perspectives.”

Below, we’ve put together a watchlist of nine essential independent films by Arab American directors with ties to the Sundance Institute and the Sundance Film Festival, honoring the diaspora’s rich heritage and vital contributions to culture in the Americas.

Born and raised in Dearborn, Michigan, filmmaker Jackie Reem Salloum told the story of the history and development of Palestinian hip hop via her 2008 documentary Slingshot Hip Hop, which had its world premiere at the Sundance Film Festival. Through interviews with artists like DAM, WEH Crew, Arepeyat, and Safaa Hathout, Salloum spotlights the 1990s birth of a vibrant hip-hop scene as emerging artists in Israel, Gaza, and the West Bank discover rap and employ it as a means to surmount age-old schisms deepened by occupation and financial inequity. [WATCH NOW]

Nadia Shihab’s award-winning documentary offers an intimate look into the work and practice of her mother, visual artist Lahib Jaddo, an Iraq-born artist who relocated to Dallas, Texas, in the 1960s after her family was exiled. Delving into complex questions around identity, culture, and belonging, the project went through the Institute’s Women’s Financing Intensive and received a Sundance Documentary Film Grant before screening at film festivals all over the world. [WATCH NOW]

MARJOUN AND THE FLYING HEADSCARF

Brooklyn-based writer-director Susan Youssef brought a short film, Marjoun and the Flying Headscarf, to Park City for the 2006 Sundance Film Festival — and over a dozen years later, she completed a feature based on it. The 2019 film, which premiered at the Arab American Film Festival in Ann Arbor, Michigan, stars Veracity Butcher as a Lebanese American high-schooler whose beloved father has recently been sent to prison on terrorism charges resulting from a misunderstanding. [WATCH NOW]

Based in New York, Lebanese Canadian filmmaker Amber Fares’s 2015 documentary Speed Sisters follows the Arab world’s first all-women race car–driving team as they compete on the West Bank’s professional car racing circuit. Growing up in Canada, Fares explained to the Arab Film Institute, she was frustrated by the way Arabs were portrayed in the media. So when she relocated to Palestine as an adult and came across the Speed Sisters, she felt compelled to act. “In telling their story, you’re sort of able to show a different view,” said Fares, who made the film with assistance from several of the Sundance Institute’s labs and grants. “Not just about Palestine, but also about women in the Arab world in general.” [WATCH NOW]

After working on her script in the 2005 Rawi Middle East Screenwriters Lab in Jordan, Najwa Najjar brought her debut feature, Pomegranates and Myrrh, to the 2009 Sundance Film Festival. The film centers on a Palestinian woman named Kamar, who feels torn between wanting to be a dutiful wife and wanting to pursue her dreams as a dancer. “Najjar’s intimate storytelling and Yasmine Al Massri’s sensitive portrayal of Kamar create a film that addresses honestly the way a woman might face the realities of life in modern-day Palestine while refusing to be defined by them,” wrote senior programmer Heidi Zwicker. [WATCH NOW]

Palestinian American filmmaker Nicole Ballivian made her debut feature, Driving to Zigzigland, in 2006 the same year she brought another script, Sleeping on Stones, through the 2006 Rawi Middle East Screenwriters Lab in Jordan. Driving to Zigzigland chronicles a day in the life of a Palestinian cab driver in Los Angeles, portraying the social struggle of the Arab immigrant in post-9/11 America. (She’s since written and directed an award-winning short film, 2019’s Joe and the Shawl, based on a story by Deonna Kelli Sayed.) [WATCH NOW]

Born in Nebraska to Palestinian and Jordanian parents, writer-director Cherien Dabis brought Amreeka through the 2005 Rawi Middle East Screenwriters Lab in Jordan. The loosely autobiographical project — a warm, light-hearted film about one Palestinian family’s tumultuous journey into diaspora amid the cultural fallout of America’s war in Iraq — later had its world premiere at the 2009 Sundance Film Festival. (Dabis also brought an earlier short, Make a Wish, to Park City in 2007, and returned to the Festival again in 2013 with her feature May in the Summer.) [WATCH NOW]

THE FEELING OF BEING WATCHED

Assia Boundaoui, an Algerian American filmmaker and journalist, teamed up with Alex Bushe in 2018 to document her experiences investigating rumors that the FBI was monitoring her Arab American neighborhood in suburban Illinois. The Feeling of Being Watched premiered at the Tribeca Film Festival in 2018, the same year the HBO nonfiction series Lenny — co-directed by Boundaoui — played the Sundance Film Festival. [WATCH NOW]

Filmmaker Jehane Noujaim has brought a wide range of projects to Park City over the years, including her Academy Award–nominated 2013 project The Square, which she co-directed with Karim Amer. The Square — which won the Sundance Film Festival’s World Cinema Documentary Audience Award — takes viewers inside the Egyptian Crisis, beginning with the Egyptian revolution of 2011. More recently, Noujaim and Amer brought their 2019 project The Great Hack to the Festival and also teamed up to make HBO’s 2020 NXIVM expose The Vow. [WATCH NOW]