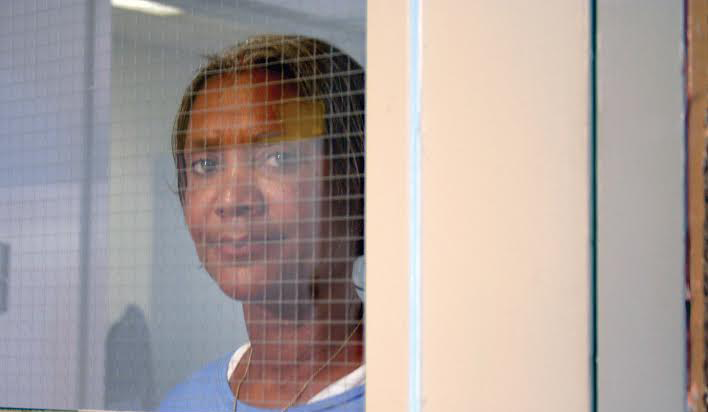 Editor’s Note: October is Domestic Violence Awareness Month, and as Yoav Potash’s work with Crime After Crime continues to inspire elected officials to push new legislation and rectify misguided American policies surrounding victims of domestic abuse, another project that made waves at the Sundance Film Festival in 2014 is challenging the widespread public perception of these victims. Private Violence intimately places viewers in the shoes of two domestic violence survivors and explores why the option—and all too common refrain—to “just leave,” is often not one.

I am not sure which is harder: making a documentary feature film or passing new laws to improve our justice system. In my case, one led to the other.

In August 2005, I entered a maximum-security California prison to meet a woman by the name of Deborah Peagler. A spunky, intelligent African-American with an easy laugh, Deborah had been in prison since 1983, and I was considering making a documentary film about her case. At that time, two rookie real estate lawyers had volunteered to try to free Debbie, and they hoped to use a new California law that would allow incarcerated victims of domestic abuse to overturn their convictions.

The law was the first of its kind in the USA.

With my camera rolling, Deborah sat in a small concrete cell and revealed how she had been horribly abused, forced into prostitution, and sentenced to life behind bars for her indirect involvement in the murder of her abuser. Our connection soon ventured beyond that of filmmaker and subject. Deborah became my friend and inspiration, and I had the opportunity to help her voice and her story reach far beyond those prison walls.

I closely tracked Debbie’s story for the next five years, and in 2011, my documentary film Crime After Crime premiered at the Sundance Film Festival. The film went on to pick up 25 awards, receive a national primetime broadcast, and become a favorite of critics at The New York Times, Washington Post, Los Angeles Times, and many other major publications. Most importantly, the film played a significant role in helping Deborah Peagler regain her freedom. But by this point I had learned that there were thousands of other “Debbies” in American prisons, so what could be done for them?

When editing the final frames of Crime After Crime, I chose to end the film with a simple title informing the viewer that California remained the only state in the nation with a law allowing incarcerated victims of abuse a chance to appeal their convictions. It was a statement that I hoped the film itself would soon help make untrue.

With the support of the Sundance Institute Documentary Film Program, The Fledgling Fund, and The Bertha BRITDOC Connect Fund, our audience engagement campaign prompted viewers all over the country to demand changes in domestic violence laws. Many screenings raised crucial funds for women’s shelters, and I soon began working in partnership with elected officials and domestic violence experts to develop and promote legislation that offers victims of abuse a better chance at receiving justice within our legal system.

While passing legislation is a slow and arduous process (much like documentary filmmaking), it’s been thrilling to hear state senators speak of the need for what many of them have called “Debbie’s Law.”

In New Jersey, for example, a 15-year-old girl saw the film, and she soon worked with our campaign to arrange a screening for her state’s Senate Majority Leader, Loretta Weinberg. After seeing the film, Senator Weinberg began to champion new domestic violence legislation, and she soon visited incarcerated victims of abuse in New Jersey to assess their cases, inviting me, my film crew, and Deborah Peagler’s daughter Natasha to join her for the prison visit. (See the video below).

So effective New Year’s Day, that last title card in my film will no longer hold true, just as I had hoped. Throughout all of this, my passion for sharing Deborah Peagler’s saga has only grown stronger, and I have since set out to make an independent dramatic film, based on her true story. Producing such a film is a daunting uphill battle, but at this point, I’m getting used to that sort of thing.

<p “=””>Yoav Potash is an award-winning producer, writer, and director whose documentaries include the Sundance Film Festival premiere Crime After Crime, and Food Stamped, which earned the Jury Prize at the San Francisco Independent Film Festival and which was broadcast on Pivot, Participant Media’s national cable network, in 2014–2015.