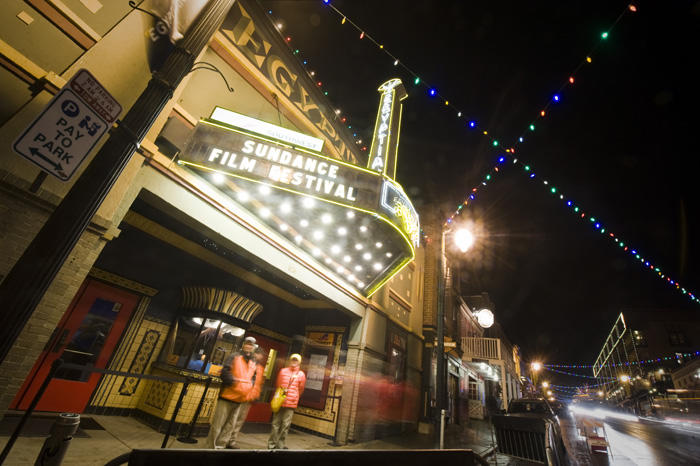 Navigating the world of ticketing at the Sundance Film Festival can seem a daunting undertaking. Fortunately, Sundance’s own expert in the field, Linda Pfafflin, knows the ins and outs better than anyone, and for the last few years she’s made herself a resource for audiences looking for seats. Below, she shares some of the lesser-known avenues into both the films you’d never thought you had a chance at seeing—and those you’d never thought to try.

1. What’s new this year in ticketing?

Lots of things! Our theme this year is “simplify.” We started last year with eliminating registration for Individual Tickets and we’re now eliminating registration for Festival Pass and Ticket Package sales. No worrying about missing registration in September and no anxiety about the “second chance” sale. Mark your calendar for October 14. The sale will remain open until all passes/packages sell out. In addition, we’re also renaming some of the Festival Passes and Packages so you’ll clearly understand any date or geographic restrictions.

We’re also offering the SLC Grand Theatre Pass and the SLC package to the public this year. There’s a growing number of Festivalgoers who’ve discovered that seeing screenings in Salt Lake City (where every Festival film plays) is an easygoing film experience. They visit Park City during the day and then come back to SLC (with its ample parking, affordable hotel accommodations, and less crowded restaurants) at night.

2. Are you worried about the website crashing if all sales are first-come, first-served?

Linda: We’ve thought long and hard about the possibility for years. But, no–we’ve done extensive load testing, have access to multiple servers, and we have an upgraded waiting room. We’re using the same software the Toronto Film Festival uses and they ingest ten times our volume. We’ve actually been testing this with open sales for the past few years and know how many thousands hit the website at once.

3. What about resellers or bots?

We want our tickets to go directly to the hands of our audience. We’ll continue to be proactive in our work to identify resellers in advance. And we’re very, very good at that. If you have browsed Craigslist or eBay during the Festival, you’ll find that most of Craigslist posts are for “tickets needed,” while eBay has very few listings altogether. Our software will recognize bots and duplicate email addresses, and we’ll still be manually reviewing all purchases, organizing lists by names, addresses, etc. and cancelling the orders we recognize that are gaming the system.

4. What’s the most common inquiry you receive regarding ticket sales?

Linda: After “how much are tickets?” (all tickets, including waitlist tickets, are $20 each), the question is often “Do I have to be in the film industry to attend?” No! Only about 20% of our attendees are press or industry folks; the other people are film fans or aspiring filmmakers. We pride ourselves on being accessible to the public. Oh, and we get asked about the weather a lot, too. A “Godzilla El Niño” is being predicted for this winter. Bring good snow boots!

5. What’s the best tip you have for Festivalgoers who are purchasing individual tickets?

Be flexible. Choose films that might not come to your local arthouse. And the screening you think might be an “obscure” film could be an undiscovered film gem. I say this every year: Our Grand Jury Prize and Audience Award winner at the 2015 Festival, Me and Earl and the Dying Girl, had 400 empty seats at its first showing. Ogden is also a magical theatre—one of those majestic “Egyptian style” grand halls of the roaring twenties that rarely sells out. The newest theatre, The Grand Theatre at Salt Lake Community College, also lives up to its name.

We’re also eliminating registration for Locals Tickets this year to make the buying process simpler. A Locals online sale will begin January 14 (must have a Utah driver’s license or Utah state ID to pick up tickets). There will be a Sundance Institute Members online ticket sale in January as well. All remaining tickets will be on sale both online and at the main box offices; these will be the leftover tickets from ticket package selection, but they’ll be the ones that could expand your filmgoing experience.

6. Which Festival category is typically the quickest to sell out?

Insider Tips and Tricks for Making the Most of Your Sundance Film FestivalPremieres, then Dramatic Competition films, sell out first. But the best attended categories last year were Doc Premieres and Panels.

7. What’s the biggest misconception about ticketing at the Sundance Film Festival?

That we’re sold out. Beyond the first screenings of films in Park City on the first weekend, we only totally sell out about 30% of our 700+ public screenings. Most previously off sale films have new tickets released on the day of show and it’s very rare that no wait-listers are admitted.

8. What’s the best ticketing option for attendees who are most interested in panels, music, and other Off Screen events?

If you haven’t already bought a ticket package or a pass (which automatically come with a credential), then purchase a credential for $200 to gain priority access to non-theatre events. Only two or three panels that occur in theatres are ticketed like films (with the bigger panels now occurring in the second half); other panels are free to credential holders at the Filmmaker Lodge and the Microcinema.

9. Is it worth it to try my hand at waitlist tickets?

Absolutely. Over fifteen percent of our audience is admitted by buying waitlist tickets and that number has grown significantly over the past two years due to the efficiency of the e-waitlist system. The theatre teams will inform wait-listers of the average number of people admitted to that venue or if it looks hopeless, which rarely happens. Just remember—cash only! It’s the speediest way to get filmgoers into the theatre.