Sundance Off-Screen Preview: Your Guide to Everything Beyond Film 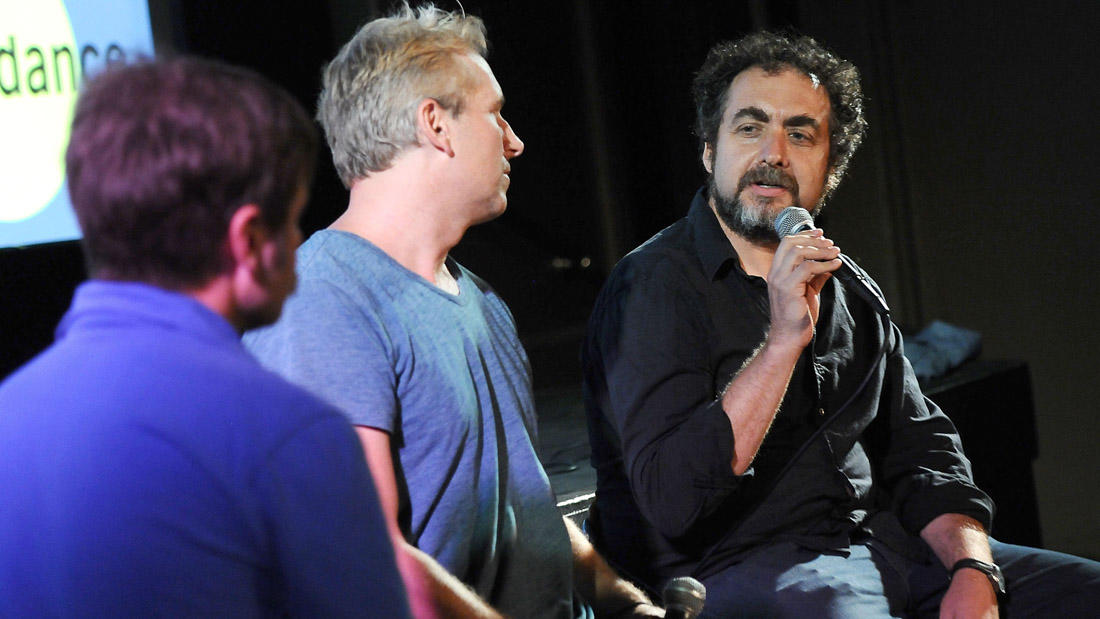 If the term ‘panel’ leads you to shudder at the idea of tedious subject matter and sterile conversations, Off Screen at the Sundance Film Festival is here to offer a corrective. While we can’t do away with the term entirely, this year’s slate of conversations will certainly amend how it’s perceived. John Nein, a senior programmer for the Festival—and one of the lead curators behind Off Screen’s medley of panels, discussions, and art—offers his annual breakdown of what can’t be missed.

Power of Story has quickly become a hallmark of Off Screen, and this year’s two-panel series is not resting on its laurels. “I think they are the best two Power of Story panels we have ever done,” says Nein. “Serious Ladies is really looking at the way in which a special group of women storytellers are pushing the edge of women’s characters. It’s a panel that recognizes that there is something different in the cultural zeitgeist, and that there are these characters that are more challenging. And yet at the same time, they are wildly popular television shows and films.” On hand for that conversation will be an unparalleled roster of panelists, including Mindy Kaling, Lena Dunham, Kristen Wiig, and Jenji Kohan.

The latter Power of Story panel brings together a pair of monoliths of American cinema who in no small way helped engender the spirit of independent film. Ultimately, it’s Robert Redford and George Lucas together on a stage – what more is there to say? John Nein expounds on the conception of the panel below:

“We called it Visions of Independence for a very particular reason, which is that these are filmmakers who we recognize for their craft, for possessing distinctive voices as directors of American cinema. But they are also people who really give a sense of how broad a definition of independence we can have through the work that they’ve done – not just as filmmakers, but in terms of building institutions that push forward the cinema arts.”

Both Power of Story panels will be live-streamed on Sundance.org.

Art of Film Weekend is a new four-day (January 29-February 1) program of activities that brings together an unprecedented array of artists to celebrate the art and craft of filmmaking. The aforementioned “Visions of Independence” panel kicks off the activities, with other conversations and events fleshing out the weekend.

Nein describes the idea as a chance for film fans to enter the often-insular world of filmmaking. In other words, it’s a chance to answer the question, “How are movies made?” says Nein. “Everything we’re doing is about trying to understand the work that is done by writers, producers, set designers, costume designers, actors – you name it.

“We have an event with Harry Gregson-Williams, a composer who has a performance that really shows people the process from the very beginning of an idea for scoring a film, matching that to the visuals, and how it becomes a fully orchestrated score.” If you’re keen on knowing how the magic is made, this is the weekend for you.

Home to enlivened gatherings each afternoon, the Filmmaker Lodge on Main Street is a place for incisive dialogue about specific topics. As Nein explains, “We always have a number of afternoon panels that get after a number of themes that we see in the films at the Festival, and this year is no exception.” Below are some highlights to keep any eye out for.

“One bigger theme at this year’s Festival revolves around sexual assault, sexual trauma, recover, policy issues – this a panel that deals with that,” explains Nein. Master doc filmmakers Kirby Dick and Kim Longinotto headline this panel.

“We have a lot of films that deal with some interesting questions of psychology and socialized behavior and why people ultimately ‘follow,'” says Nein. Filmmakers and psychologists convene for this investigation of the mind.

“For the second year running we have This Is Not A Panel in which we eschew the traditional format and give it over to four filmmakers to offer their show and tell about anything that relates to their creative process. The crazier the better.”

“This is an incredibly timely panel, and this is a moment when we’re all recognizing the amazing caliber of episodic stories that are being told on television and online platforms.”

Paradoxical, thoughtful, unpredictable. There is nothing intuitive about the pairings that occur each morning at Cinema Café, and that’s kind of the idea. Check back on Monday, January 19, for the full schedule of panelists. All Cinema Cafe panels will be livestreamed on Sundance.org.