7 Films to Add to Your Watchlist This Hispanic Heritage Month 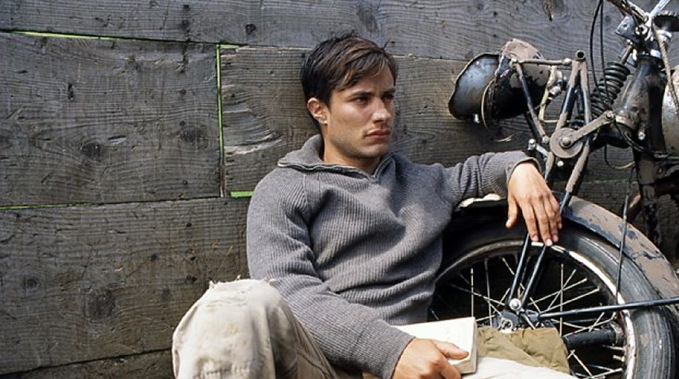 Phrases like “language of cinema” tend to prompt exaggerated eye rolls, but even the most bromidic sayings sometimes bear repeating. Scorsese once dedicated an entire lecture to the topic, and the notion that cinema is in fact a universal dialect is verified every time we experience a foreign language film. What’s lost in translation is, invariably, found again in film.

National Hispanic Heritage Month takes place between September 15 and October 15. Between that time, and particularly toward the onset of the celebratory month, are eight different countries’ independence anniversaries and, inherently, a wealth of cinematic stories about and from those respective regions.

Over the many years of featuring the World Cinema Dramatic and Documentary Competitions, the Sundance Film Festival has programmed an abundance of international films from Latin American countries crafted by a transcendent crop of filmmaking talent. In celebration of National Hispanic Heritage Month, we’re revisiting films about and/or from some of the countries celebrating their independence during this period.

At Blanco de Verano‘s premiere at the 2020 Sundance Film Festival, Mexican writer/director Rodrigo Ruiz Patterson was quick to make one thing clear to the audience: While he named his film’s young, troubled protagonist Rodrigo, the film is by no means autobiographical. Ruiz Patterson shot his striking debut feature—which he described at the Egyptian Theatre as “a psychological battle driven by male ego”—in Mexico City while finishing film school.

“Director Marialy Rivas’s debut feature is a playful and energetic coming-of-age story about a young woman who refuses to make choices that limit her pleasure. Brought to life by an attractive cast, led by the enigmatic Alicia Rodríguez, Young & Wild romps through the burning fires of religious fervor and youthful sexual energy to deliver a delightful portrait of contemporary teenage life in Santiago.”

“Maria’s Story provides the viewer a rare, behind-the-lines look at the life of a guerrilla leader. Maria Serrano—Salvadoran peas-ant, wife, mother and guerrilla leader—is a thirty-nine-year-old woman whose life has been shaped by poverty and eleven years of civil war. The film is also a slice of the historic moment in which she and the people of El Salvador are living.”

“Visually gorgeous, Y Tu Mamá También follows two best friends, bursting with sexual energy (as only high school boys do), as they take a journey with a beautiful Spanish lady from hypermodern Mexico City to the stunning, panoramic countryside.”

“The humanization of a myth is both the task and triumph of Walter Salles’s The Motorcycle Diaries, a film adapted from the journals of Ernesto “Che” Guevara and his traveling companion, Dr. Alberto Granado. Almost mythic in itself, in the vein of the seminal texts of that rebellious generation in the 1970s, The Motorcycle Diaries, superbly scripted by Jose Rivera, recounts the odyssey undertaken by the young Guevara and his friend Granado in 1952, when Guevara was a 23-year-old medical student.”

“One of very few films produced in Guatemala (the first, Luis Argueta’s The Silence of Neto, screened at Sundance in 1995), this layered, lyrical film juxtaposes an engrossing human story—the investigation of a crime—with larger questions about the endless, churning drama of animal instinct versus human consciousness, played out on a grand scale in the disappearing rain forests of Latin America.”

“Civil wars split nations, but they split families as well. El Inmortal takes us to the Nicaraguan countryside, into the shattered world of the Rivera family, whose twin brothers through a twist of fate fought on opposite sides of the Contra war. The fractured nature of memory is mirrored in Moncada Rodríguez’s use of collective and individual reminiscences, her unique visual approach to her subject matter, and the marriage of cinematic style and heart.”