No Fooling Around: 5 Docs That Prove the Truth Is Stranger Than Fiction 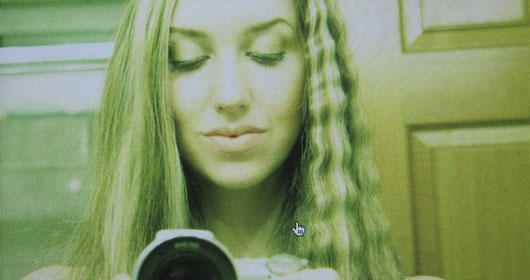 To say it in 2014 is to almost belabor the point, but here it goes: Long gone are the days of documentary film as didactic, linear storytelling. No, that’s not to say that those docs on VHS stuffed into your high school curriculum weren’t properly edifying or even at times engaging, but the documentary format today is a place that refuses to comply with categorization. On April Fools’ Day, rather than trying to dupe or deceive, we’ll let these five documentaries make the case that the well-worn maxim “the truth is stranger than fiction” is, well…true.

Ariel Schulman and his brother Nev made all kinds of noise at the 2010 Sundance Film Festival with their mysterious genre-bender Catfish. Of course, younger brother Nev managed to parlay that film into a wildly successful series on MTV that assists love-seeking men and women with investigating their online romances—typically relationships in which they have never achieved face-to-face contact with their “partners.” The concept emerged from the feature documentary directed by Ariel, which features Nev as the misled hopeless romantic who falls into a web of deceptive online tactics that have him pining for a woman who may or may not really exist.

More than any film on this list, The Imposter strikes audiences as a near impossibility. Expertly directed by Bart Layton and blending rich reenactments with innovative interviewing styles, The Imposter recalls the disappearance of a 13-year-old boy in San Antonio, Texas. After vanishing in 1994, he reemerges three years later in Spain with horrendous stories of being kidnapped and enslaved. But something feels askew, even amid the family’s exultation surrounding their relative’s survival…

The storyline in The Green Prince is so preposterous that in could be a work of absurdist art. Foregoing the convolutions inherent to this documentary, The Green Prince recounts the story of a Palestinian with a fiery hate for Israel, and his frightening journey to becoming a spy for Shin Bet, the country’s security force–formerly his greatest enemy.

Somewhere between the boisterous supporters and detractors of Stanley Kubrick’s polarizing 1980 film The Shining rests a gathering of conspirators who are dedicated to decoding the film’s secret messages. In Rodney Ascher’s documentary, Room 237, those messages touch on genocide, government corruption, and other historical distortions that obsessive Kubrick scholars testify are the real meaning behind The Shining.

“What do an inflatable, penile employment monitor and a recycled excrement burger have in common? They are both part of the World Trade Organization plan for greater profitability and increased efficiency in the Third World. At least, that’s what you’d believe if you attended a lecture by W.T.O. impostors Hank Hardy Unruh or Granwyth Hulatberi.

“In truth, the game’s afoot in The Yes Men, a mischievous documentary that chronicles the adventures of this anarchistic underground. Formed and maintained in loose secret association, the Yes Men both poke fun at and illuminate the policies of…global trade.” — Joseph Beyer