A Peek Into the Sundance Archives During Preservation Week 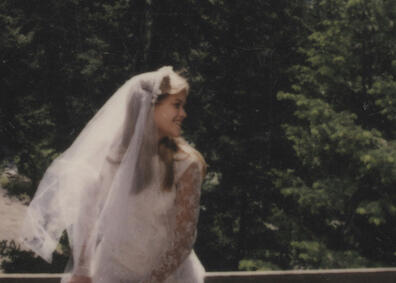 Preservation Week — celebrated every year during the last week of April — is a time to shed light on the importance of archives and to engage in conversations surrounding preservation and its role in maintaining the historical record. As we enter the Sundance Institute’s 40th anniversary this summer, there’s more opportunity than ever for us to look back and share some of our own unique history.

The Sundance Archives & Collection is a small but dedicated Institute department committed to encouraging independent artists to preserve their work and educating the community about the Institute’s legacy. Among our other efforts, we also oversee the annual Preservation Fund Fund Grant, an initiative that aims to preserve projects of artistic and historical significance that have shaped the heritage of both the Institute and independent storytelling at large.

The Institute’s physical archive in Utah is home to an impressive collection of items, from press kits and posters to scripts and scores, as well as thousands of photographs, and the Sundance Institute Collection at UCLA — a partnership forged to address the unique needs of film preservation — houses over 700 films. The archive also holds more than 1.5 million digital images and 500,000 digital video files, and over the last few years, we’ve been working to digitize more than 100,000 photos, slides, negatives, and contact sheets.

The photos in this collection tell their own story: one of the importance of community and the impact of independent artists. This last year, as we’ve been physically separated from our community, it has been an often-cathartic experience to revisit our past through these visual reminders, each one their own symbol of the history that connects us.

The ultimate goal in digitizing these images is to make them more accessible for our own use, but it also provides an opportunity for discovery and dialogue around creative work and its impact on contemporary culture by sharing them with our community.

Since joining the Institute last year, I have been processing photos from our summer labs and the Festival from 1985 through 1995, and I’d like to use this occasion to share a few gems. Happy Preservation Week!

Laura Dern, Andrew McCarthy, and Griffin Dunne engage in a friendly game of Twister during the 1986 Directors Lab.

Matty Rich during a screening of The Inkwell at the 1994 Festival. Previously, Rich’s debut feature, Straight Out of Brooklyn, screened at 1991 Festival and was awarded Special Jury Recognition.

Joe Morton and Jason Bernard take a break while working on Morton’s lab project Black Picture Show at the 1991 Directors Lab. Andre Braugher also worked as a resource actor on the project.

Filmmaker Sally Potter takes in a screening at the 1993 Sundance Festival. Potter was in attendance at the Festival that year to screen her film Orlando.

Sally Field with Irene Bedard at the 1994 Directors Lab. This was Field’s first year as a creative advisor at the labs (she returned on and off until 2011), while Bedard was in attendance to work as a resource actor in Randy Redroad’s project Indians and Cowboys.

A portrait of Julie Dash taken during the 1991 Sundance Film Festival. Dash was in attendance to screen Daughters of the Dust, which was awarded the Excellence in Cinematography Award: Dramatic that year. A newly restored print was also screened at the 2012 Festival as part of the From the Collection program.

Resource actor Reese Witherspoon on the set of a workshopped version of Theresa Connelly’s Polish Wedding at the 1994 Directors Lab. Claire Danes played the role in the produced film, which screened at the Festival in 1998.

For more information about the archives, visit history.sundance.org. And make sure to follow us on Instagram, where we regularly share gems from the Sundance Institute archives.