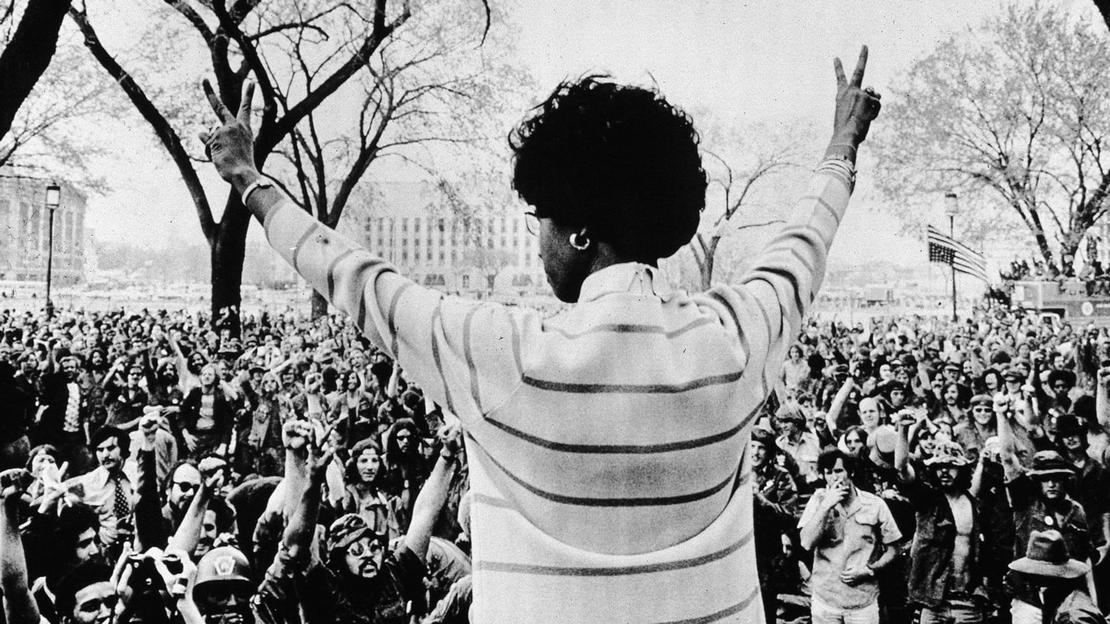 In the lead-up to Tuesday, November 3, we thought we’d dig into our archives and pull out a selection of thought-provoking documentaries that shed light into how our election process works. Whether they’re delving into how our elections are funded, going behind the scenes of a historic campaign, or showing how activists have fought against voter suppression, the Sundance-supported projects you’ll read about below offer plenty of food for thought and remind us how important it is that we cast our ballots.

Ed. note: Click here to get everything you need to make your independent voice heard between now and Election Day. And make sure your friends and family have a plan to vote, too.

Stanley Nelson’s ‘Freedom Summer’ was released on the 50th anniversary of the civil rights landmark.

As Election Day approaches, it’s important that we remember the tireless efforts of activists who have fought for our right to vote over the years. Two award-winning documentaries that premiered at the Sundance Film Festival 20 years apart help us do just that via their examination of Freedom Summer, a landmark 1964 effort to register as many Black voters as possible in Mississippi, where they had been effectively disenfranchised for decades.

As 1994’s Freedom on My Mind (dir. Connie Field and Marilyn Mulford) and 2014’s Freedom Summer (dir. Stanley Nelson) reveal, this was no small undertaking, given the severe threat of violence to both the voters and the volunteers. Still, the activists persisted, raising awareness and leading to landmark legislative changes. Later that summer, the Civil Rights Act of 1964 was passed, and a year later, the Voting Rights Act was signed into law. [WATCH FREEDOM ON MY MIND]

The latter documentary was released to commemorate the 50th anniversary of Freedom Summer, and it remains vital viewing. “With the Supreme Court recently striking down a key section of the Voting Rights Act, Nelson’s film is a potent reminder of the sacrifices made half a century ago to ensure civil rights for all and the vigilance needed to protect what they accomplished,” wrote Basil Tsiokos in the ’14 Festival catalog. [WATCH FREEDOM SUMMER]

In 2004, Shola Lynch took Park City audiences inside a historic campaign from a much earlier presidential election via her documentary Chisholm ’72. “In 1972, when Shirley Chisholm, a brilliant Black congresswoman from Brooklyn, boldly bid for the presidency, women had barely made it out of the kitchen, and the Civil Rights Act was still new,” wrote Caroline Libresco in the ’04 catalog. “But here was [Chisholm]—not only the first Black woman in Congress, but the first woman to run for the nation’s highest office—demanding that the body politic actually represent all the American people. Shola Lynch’s powerful and inspiring documentary celebrates a remarkable woman, but also raises stinging questions—more potent in this election year—about the social implications of her campaign.” [WATCH NOW]

“Citizen Koch examines the mushrooming struggle between money and democracy through the dramatic lens of the 2011 standoff in Wisconsin when Gov. Scott Walker, bankrolled by out-of-state billionaires, stripped state employees of their union rights,” wrote Caroline Libresco in the ’13 Festival catalog. “Combining intimate vérité scenes and a big-picture–style investigative exposé, Citizen Koch probes behind the headlines to penetrate one of the core issues of our time: Who really has the power in America—private donors or the voting public?” [WATCH CITIZEN KOCH]

In 2018, Dark Money took a look at the implications of the Citizens United decision on politics in Montana, where corporate campaign financing had previously been outlawed for nearly a century. “Director Kimberly Reed returns to her native state to expose the insidious reach of corporate interests into politics and to chronicle its grassroots opposition,” wrote Basil Tsiokos in the ’18 catalog. “Profiling an intrepid investigative journalist and a crusading campaign commissioner, Dark Money serves as an urgent call to action to inspire campaign finance reform across the country. [WATCH DARK MONEY]

At this year’s Festival on opening night, Jesse Moss and Amanda McBaine were on hand for the world premiere of Boys State, a documentary that reminds us that democracy is not a spectator sport. “Boys State is a political coming-of-age story examining the health of American democracy through an unusual experiment: a thousand 17-year-old boys from across the state of Texas gather together to build a representative government from the ground up,” wrote David Courier. “Documenting impeachment threats, dramatic debates, underdog victories, and even nefarious internet memes, [Moss and McBaine] chart the dramatic twists and turns of these intersecting stories to reveal profound truths about our political choices and our civic obligations.” [WATCH NOW]