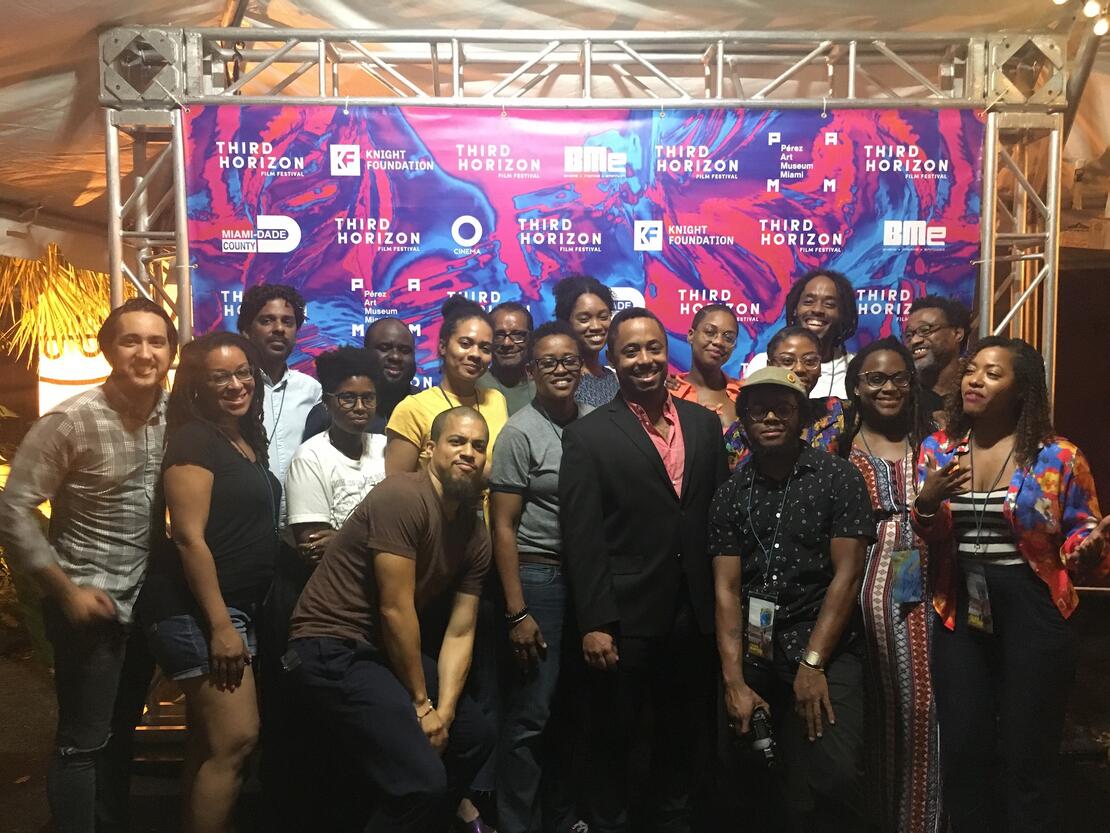 At the Sundance Institute, we firmly believe that Black artists and Black stories should be celebrated and uplifted year-round. During February, aka Black History Month, we’re continuing that work with a series we’re calling Black Visionaries, in which we’ll be spotlighting our friends at Black-run arts organizations around the country. So far, we’ve talked with leaders of the Harlem-based nonprofit Firelight Media; Iyabo Boyd, founder of Brown Girls Doc Mafia; and Brickson Diamond, a founding board member and chair of the Blackhouse Foundation. Today, meet filmmaker Jason Fitzroy Jeffers, festival director at the Miami-based collective Third Horizon’s Third Horizon Film Festival.

Do whatever you have to do to stay rooted in your community, especially if it does not entirely intersect with the creative industry you are navigating. They are often worlds apart.

Third Horizon was launched with the purpose of developing, producing, exhibiting and distributing film and other art forms that give voice to stories of the Caribbean, its diaspora, and other marginalized and underrepresented spaces in the Global South. Exciting developments are in the works, in addition to the group’s upcoming fifth festival: Last year, Third Horizon merged with the New York–based nonprofit Caribbean Film Academy, which will allow the group to expand its reach to Caribbean communities around the world. Read on to learn more about Third Horizon and how you can get involved, and make sure to follow the organization on Instagram, Facebook, and Twitter for more updates.

Third Horizon collaborated with fellow Miami-based organization O Cinema to stage a series of panels with the interests of filmmakers from the Caribbean and Miami in mind, and we were thrilled by the response and the exchanges we were able to have. We discussed the current state of Caribbean cinema; filmmaking in Liberty City, one of Miami’s historic Black neighborhoods; the intricacies of documenting the lives and work of BIPOC and LGBTQ+ icons, and had a one-on-one conversation with Shaka King, director of Judas and the Black Messiah. You can catch the recorded panels on our YouTube page.

Creatively, we’re inspired by too many filmmakers to list: Caribbean trailblazers such as Raoul Peck and Euzhan Palcy; African visionaries such as Ousmane Sembène and Djibril Diop Mambéty; and giants of Western cinema such as Stanley Kubrick, Claire Denis, and Charles Burnett. There are also relatively new voices that really excite and inspire us—folks like Lemohang Jeremiah Mosese, Garrett Bradley, and Mati Diop.

However, as a collective that exhibits and distributes film in addition to producing it, we’re primarily inspired by Caribbean activists and post-colonial thinkers: people such as Jamaican cultural theorist Stuart Hall, Martinican psychiatrist and philosopher Frantz Fanon, Guyanese historian and academic Walter Rodney, or Trinidadian journalist and activist Claudia Jones, whose famous quote “a people’s art is the genesis of their freedom” has been a guiding principle in all we do.

Do whatever you have to do to stay rooted in your community, especially if it does not entirely intersect with the creative industry you are navigating. They are often worlds apart. This moment of reckoning has brought with it a bounty of jobs, grants, and opportunities for leaders of color from institutions that have historically overlooked us, and while you should absolutely take advantage and build bridges, remember that until these hierarchical, centralized systems of power are dismantled, this “change” is fleeting and many instances, performative. Your job is to create the evolutionary replacement of this archaic framework, and staying grounded in your community will help you do this.

How can people get involved with or support your organization?

The next edition of our flagship initiative, Third Horizon Film Festival, takes place June 24–30, 2021. It’s our first hybrid edition, and we’re excited that we’ll be able to welcome virtual audiences from all over the world to indulge in cinema from the Caribbean, its diaspora, and the Global South. Information on the films we produce, the film festival we stage, our distribution work, or how to support us through collaboration, volunteering, or donation can be found at thirdhorizon.net. We hope you can join us this summer.