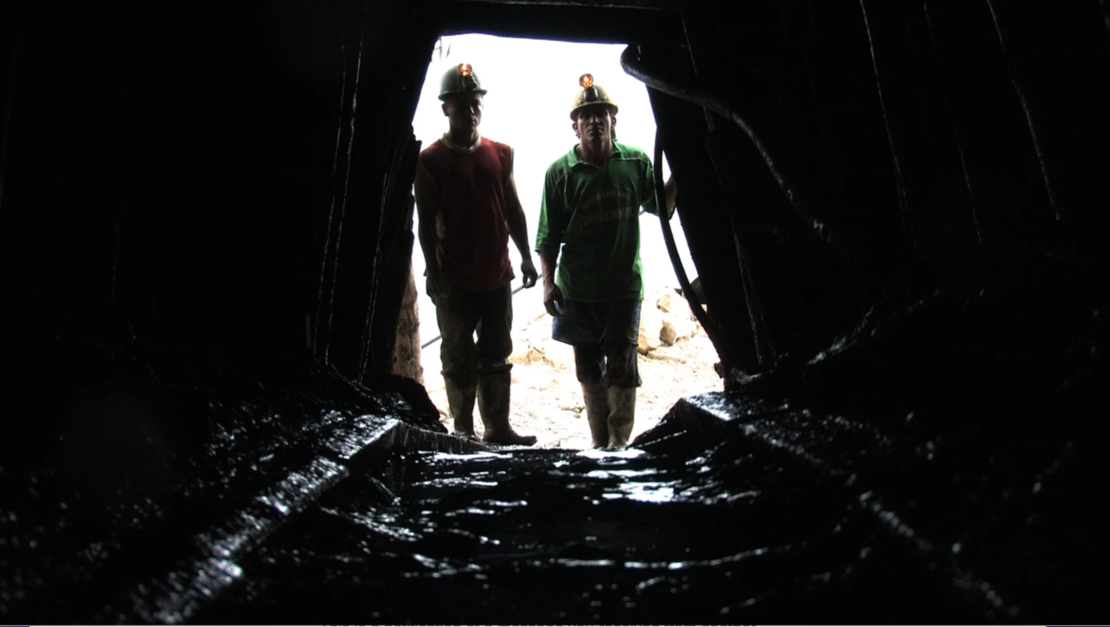 A still from the 2014 Sundance Film Festival documentary ‘Marmato’

In an era of incessant dispute concerning the Earth’s environment, one thing remains indisputable about our planet: It is the only one we have. Upon Googling “global warming,” even the first search result cannot evade controversy. According to Wikipedia, “Global warming refers to an unequivocal and continuing rise in the average temperature of Earth’s climate system.” Yes, even today, some would take issue with that declaration. So as not to attempt to resolve that discussion here, we yield to five Sundance-supported films that shed light—albeit in differing capacities—on the beauty, hardships, and in some cases brazen destruction of our planet.

“Gathering rain water was prohibited, it was privatized,” says one subject of Rios de Hombres (Rivers of Men). That astonishing comment captures the essence of Tin Dirdamal’s 2011 documentary, which attempts to decipher fact from fiction while recounting harrowing tales from a war over water in Bolivia, Colombia.”

In Kashmir, the aquatic community of Dal Lake faces a little known crisis in the form of polluted water that is disrupting the ecology of their homeland. Musa Syeed’s directorial debut offers a true rarity for narrative cinema—a film that captures the immediacy of a global issue amid poignant dramatic storytelling.

Braden King has bluntly referred to his 2011 Sundance Film Festival selection as a “landscape-obsessed road movie.” In Here, an American satellite-mapping engineer strikes a relationship with an art photographer while working in Armenia. Ben Foster and Lubna Azabal perfectly inhabit their roles in this meditative and stunningly shot story of two vulnerable souls aligning in their quest to literally map out the world.

How would you respond to a $100,000 cash offer requesting the gas rights to your property? Faced with that decision, but unwilling to eschew his investigative instincts, director Josh Fox set out across 32 U.S. states to hear firsthand stories of rural landowners taking lucrative payouts to relinquish their land to energy companies. Among the alarming discoveries: toxic streams, ruined aquifers, dying livestock, brutal illnesses, and kitchen sinks that burst into flame. Gasland holds no punches in its sobering investigation into hydraulic drilling across the United States.

“Every day in Marmato, a shimmering Colombian mountain town, families pray for safety as their men walk out their doors and down into the mines, scratching out a living with little more than shovels and outdated sulphur lamps. In a documentary spanning six years, filmmaker Mark Grieco’s acutely perceptive camera captures the villagers’ multiple survival tactics as a family man turns to mining illegally, an elderly mine owner waits to sell to outsiders for the right price, and an activist leads increasingly tense protests.”