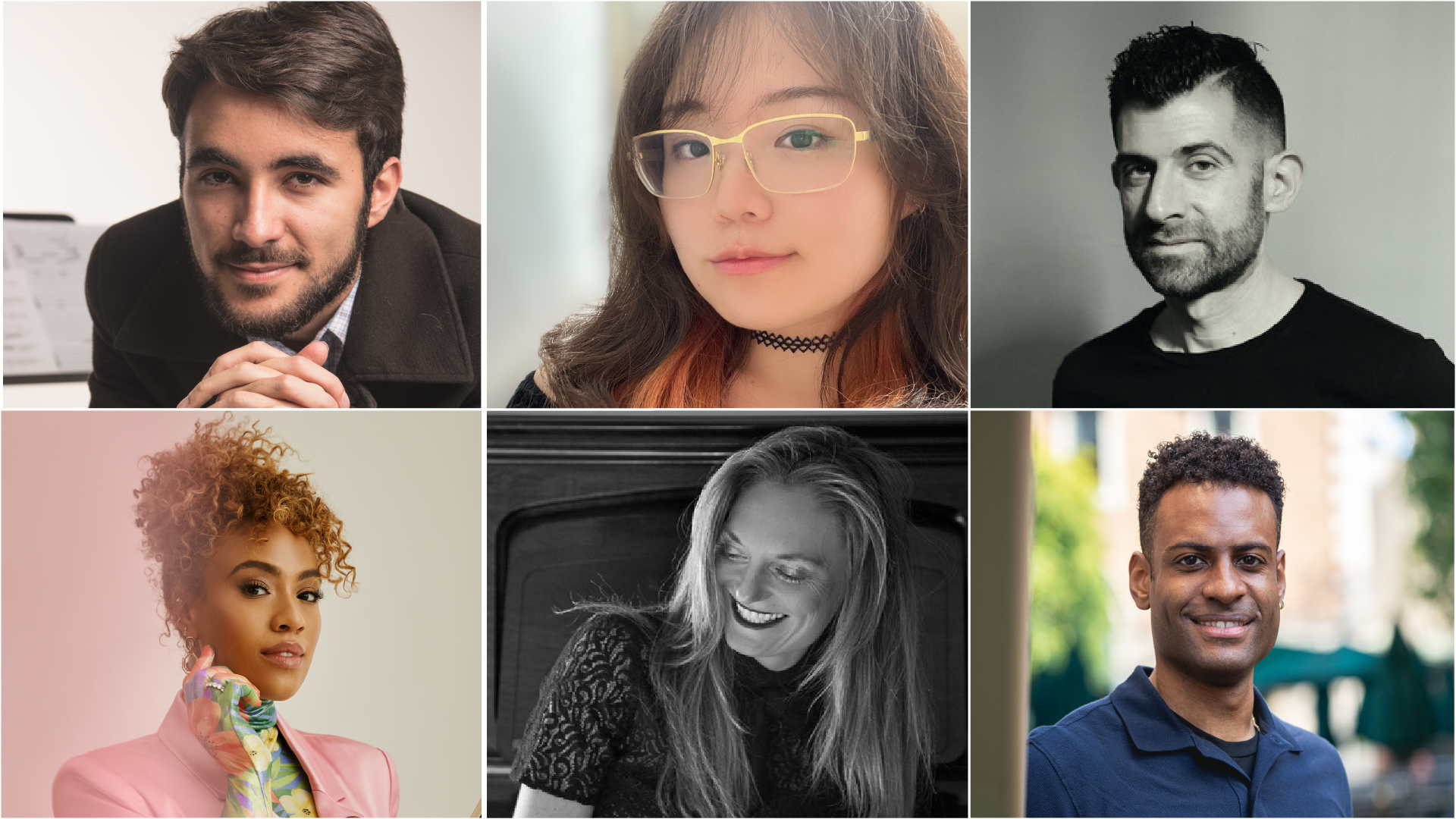 We are excited to kick off our Sundance Institute Film Music Intensive taking place from June 6-13. Six composers have been invited to participate in a nurturing lab environment prioritizing craft, innovation, and building a community of next generation film music artists. Led by program director Peter Golub with the support of Creative Advisors working in the industry, the fellows will engage in a week-long Intensive celebrating the power of film music, as the program which has run for twenty years hosts its closing cohort of participants.

“We are thrilled to be working with six extraordinary emerging composers, each of whom has a unique musical voice,”  said Peter Golub, Film Music Director. Working with an inspiring group of mentors, we will delve into the special alchemy of combining music and story. A special thanks to our many Creative Advisors over the years and to our fruitful partnership with Skywalker Sound.”

The Film Music Intensive continues the work of the Sundance Composers Lab, which has supported over 150 composers over the years, many of whom are making substantial contributions to the field. In addition, a generation of women and composers of color have been given tremendous opportunities through the Program and gone on to have flourishing careers in the field. Previous Creative Advisors have included composers Terence Blanchard, Carter Burwell, Miriam Cutler, Laura Karpman, James Newton Howard, and Alan Silvestri. Working closely with the Sundance Feature Film and Documentary Programs, the Lab brought together and impacted the lives of a generation of filmmakers and sound designers as they explored the power of music in storytelling. We are especially grateful for our partnership with Skywalker Sound as we explored the ways in which music and sound work together to tell a story. We are also grateful for the support of BMI, a founding sponsor of the Composers Lab.

The fellows selected for the 2022 Film Music Intensive are:

Carlos Duran Zarate is a composer and guitarist from Colombia who writes for both concert and media. His music has been performed at Carnegie Hall, The Royal Danish Academy, and by the most important Colombian ensembles such as Orquesta Filarmónica de Bogotá and Orquesta Sinfónica Nacional de Colombia. His work includes the Amazon Prime Original Series Cochina Envidia, additional music for National Geographic Channel shows The 90’s and the Emmy nominated series Arrepentidos and the India Catalina Best Miniseries Winner Natalia: Crimen y Castigo.

Meredith Ezinma Ramsay (professionally known as Ezinma) is a genre-blending violinist, media composer, and founder of the non-profit Strings By Heart, a NYC-based organization focused on providing free music education in underserved communities. Ramsay has collaborated with artists such as Kendrick Lamar, Stevie Wonder, and Beyoncé; she currently lives in Los Angeles, CA.

Savannah Jo Lack is a composer, song writer and violinist. Born in Australia but based in Los Angeles she has composed music for off Broadway plays as well as short and documentary film. In 2019 she was commissioned by alt classical label Neue Meister to write music for the Deutsche Kammer Orchester with collaborator Robot Koch. Savannah is a 2022 graduate of the USC Screen Scoring program.

Elliona Z. S. Li is a Chinese-Canadian composer. Having been raised in both Eastern and Western cultures, Li’s music often features twisted combinations of elements from both.

William Perry is a recent graduate of USC, and freelance media composer based out of Los Angeles specializing in film, television, commercials, and video games.

Jonah Sirota weaves dark layered soundscapes with his own viola, synthetic pads, and unexpected classical textures. He uses two decades of performing experience to support storytelling at the granular level.

The Sundance Institute Interdisciplinary Program is supported by an endowment from the Doris Duke Charitable Foundation, with generous additional support from the John D. and Catherine T. MacArthur Foundation, Unity’s Charitable Fund, a fund of the Tides Foundation, BMI (Broadcast Music, Inc.), and Film Music Foundation.