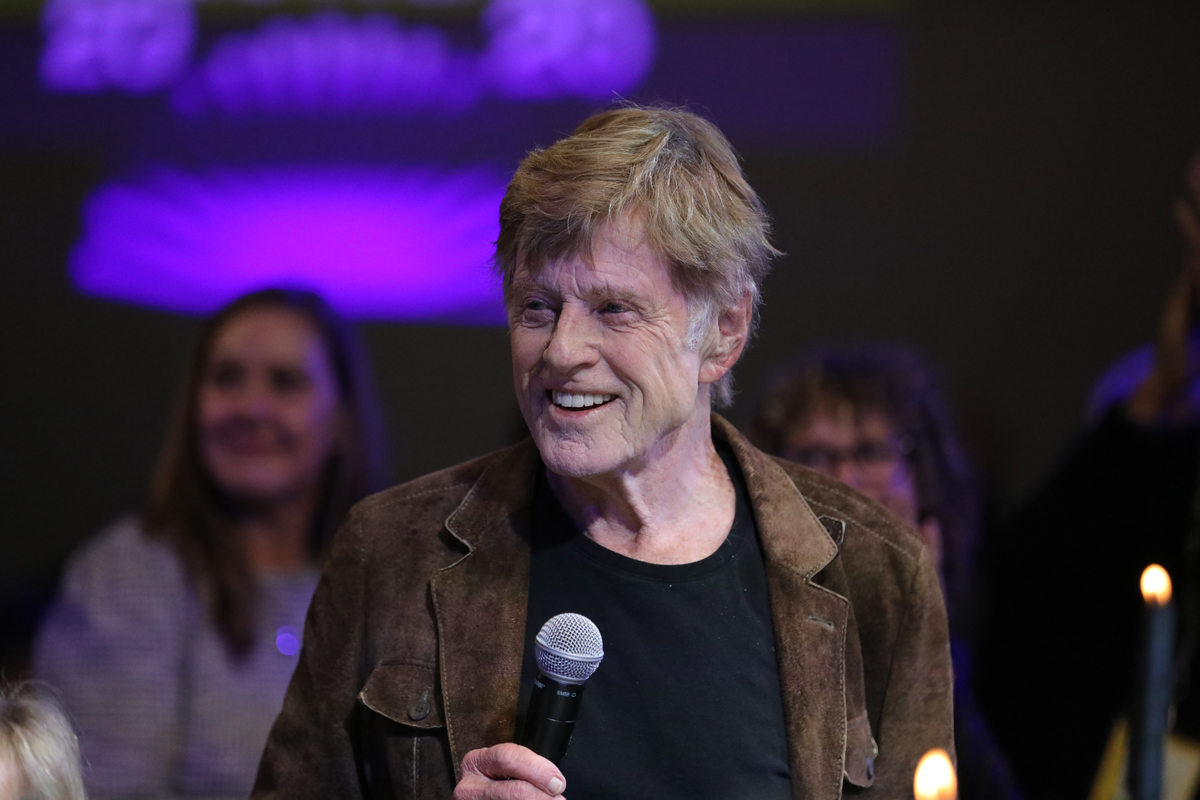 Editor’s Note: In honor of his 86th birthday, we’re looking back at a profound interview with our founder Robert Redford. In 2007, Redford spoke with us about the power and future of documentary filmmaking and his words are as important today as they were 15 years ago.

The Sundance Film Festival’s longstanding commitment to documentary has been driven by the personal connection founder and president Robert Redford feels for the form. Leading up to the premiere of Chicago 10, the second doc to ever open the Festival, we talked to Redford about the past, present, and possible future of documentaries.

You made an early commitment to documentary. Why was that?

A lot of what Sundance is today has to do with my early impressions as a kid. I grew up in a working-class neighborhood in Los Angeles, and our main entertainment was going to the movie theater on Saturday night. I remember being impressed by the Pathe newsreels, which were really an early form of documentaries.

They brought you information, including images of the Second World War that was going on, and if you had relatives in the war there was a personal connection that probably hooked me. There was also something about the grainy sense of reality that really stood out against the feature presentations of narrative films and animation. So the early genesis of this goes back to being very impressed with those newsreels.

When did you start to think of documentary as something other than straight journalism?

In the 1950s, I remember the McCarthy hearings on television, and it was all extremely dramatic and it really struck me. Then, in the ’60s I saw Emile DeAnontio’s films on the same hearings, and it was suddenly clear how a filmmaker could work with real events and also tell you more of the whole story. And I realized that documentaries could carry a weight that fiction films didn’t seem to have, and I started to get hooked on them.

But at that time, almost all documentaries were in the talking-head style and were primarily academic. And then they started to take a new turn with the work of people like Drew Associates, Lee Pennebaker, the Maysles. Suddenly, the camera was moving, and they were covering live things that were so dramatic that I began to think, “This drama of reality is as strong, if not stronger, than the narrative theatrical films in the marketplace.”

And this was the impetus for you to become involved in the making of documentaries?

That’s right. In the late ’60s and early ’70s, as a sidebar to my own career, I began to think that I wanted to get into documentaries in some way. I started by supporting documentarians by either narrating or producing or co-producing or arranging money for them.

It started out with smaller films about the threats to the environment or Native American issues on Indian lands where developers were coming in trying to wipe them out. My interest continued to build until finally in the mid-’70s, I began to feel that there would be a future for documentaries as they evolved and that someday they would evolve to a place where they would be equivalent to mainstream, narrative filmmaking. I just really had that belief.

You started the Sundance Film Festival in 1984. How did documentaries fit into the idea for the Festival?

From the very first Festival, we’ve screened documentaries. And by the early ’90s, the Festival had formed enough of a visible platform that we could start leveraging it more aggressively to promote nonfiction work. So we started pushing documentaries by positioning them more highly, giving them more screenings, showing more of them.

By that time we had a solid platform to show documentaries at the Festival, we could see the potential for audiences to grow, and we wanted to provide resources to get more of these films made. By providing both funding and a strong platform for exhibition, we hoped we could raise awareness about international issues of human rights.

We went to Diane Weyermann, who had been instrumental in starting up the Soros Documentary Fund at the Open Society Institute, and we worked out how the fund could come over to Sundance. A lot of the pieces came together at the right time. And now, we also provide labs for documentarians to support the creative side of their work.

Are you surprised at the level of success that documentaries are now achieving?

I’ve always believed in these films and have always been committed to them. I’m very surprised by many other things, but not that documentaries are catching on.

Do you consider documentary as a way to directly approach deeply political and urgent questions?

Definitely. I want Sundance to be a forum for cultural exchange and for political dialogue. We’re not hearing the truth about a lot of issues and I’m worried that people are giving up and getting numb and not even bothering to look for the truth. It’s often in documentaries—when the focus is on personal stories—that we learn the truth of current situations and events. They’re not just a cultural force for storytelling; they’re also political truth. If you look at Born into Brothels and Hoop Dreams and Super Size Me, these kinds of films really are a huge channel to get back to the truth. So, yeah, it is political.

Do you think that documentaries can inspire change?

I do think it’s possible for a film to inform, to wake people up to the real truth of our situation. Al Gore’s film [An Inconvenient Truth, directed by Davis Guggenheim] is a great example of a documentary that creates real impact—it just happens to fortunately coincide with facts about the state of our environment being published in newspapers. And people can’t say, “We need more studies,” because now it’s too factual. All of the scientific data comes out and it coincides with a very strong theatrical release.

So that documentary gives us a way to say, “I can put my hands on something here. There is this documentary that I can support, I watch it, and it’s telling me the truth of a story that I now understand in a new way.” And then that can galvanize people to political action. Do I think it’s the standalone reason that more people are taking environmental issues seriously? No, but I think it’s a good illustration of how documentary can play a very big role when it engages people at the right time.

Many people have pointed to the current administration’s use of fear as a political device. Do you think documentaries can be an antidote to what’s often called “the politics of fear”?

The fear card has never been played as heavily as it has with this administration. After 9/11, President Bush had an amazing opportunity to galvanize this nation. And right from the beginning they used that opportunity to create photo ops, to engineer their ideology, and to build on the fear that we naturally felt.

They’re still playing the fear card because they know it has currency, and because it’s the only card they’ve got left. I do think that documentary is a weapon against that kind of manipulation. When you have a film that illustrates how we’re being lied to and the consequences of those lies, then I think you have some power.

Where do you see documentaries 10 years from now?

I think that documentaries will continue to reach more audiences—to have more theatrical success. I hope we’ll see more spaces open up theatrically for them to be seen, and that they will start to reach as many people as mainstream films. More and more, we’re starting to see a real grace to the filmmaking in documentaries. You add artful filmmaking to the power of real stories being told, and you’re really on to something.