Day 6: Robert Pattinson, a Downcast Preacher, and a Mini Horse Bring Deadpan to the Old West in ‘Damsel’ 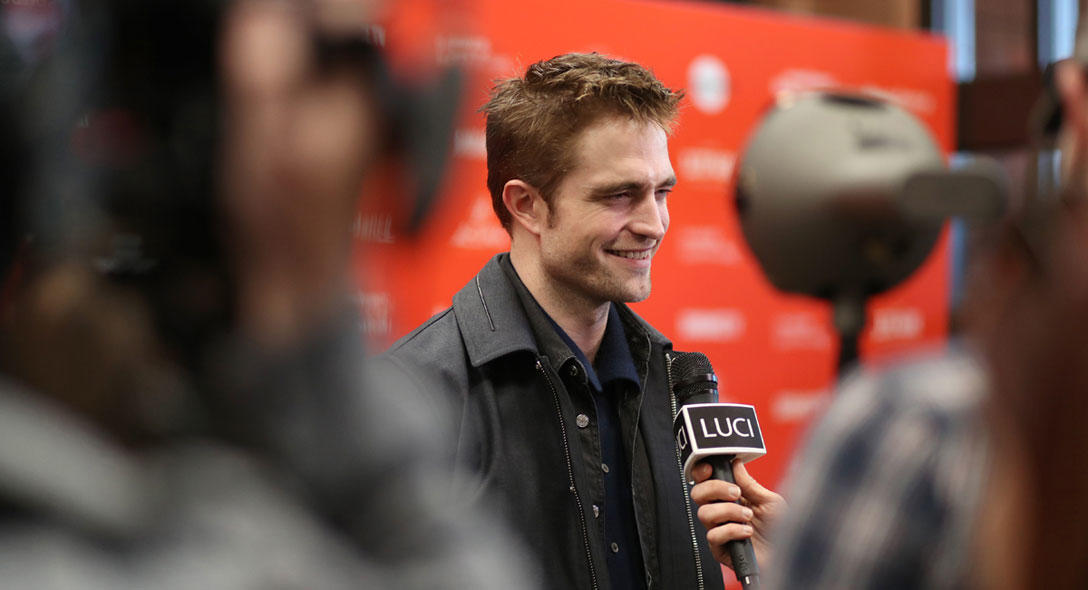 A stranger arrives in a dusty town looking for a bride and meets all sort of unexpected trouble in the Old West. The classic western trope gets an often hilarious makeover in Damsel, the latest from Sundance vets David and Nathan Zellner, the brothers who made the much-appreciated Kumiko, the Treasure Hunter four years ago.

The Zellner brothers have delivered another gem filled with their unique voice and off-kilter humor. The film’s unconventional tone is established early on through a cameo from Robert Forster as a crusty old-timer headed east who advises a preacher named Parson Henry (David Zellner) that things in the west aren’t always as they seem. That’s putting it mildly in this film. Robert Pattinson, a clever comic turn as Samuel Alabaster, a gold-toothed stranger who has just arrived and enlisted the aid of Parson to find his beloved, kidnapped girlfriend Penelope (Mia Wasikowska). When the two men, accompanied by a sweet miniature horse named Butterscotch, locate the elusive female, the plot turns in increasingly unexpected ways, which culminates in Penelope proving she’s anything but a damsel who needs to be rescued by men.

At the Q&A following the premiere, David Zellner brought Daisy, the horse that made her screen debut, onstage, and admitted that he and Nathan both love westerns and have always wanted to make one. “We wanted to do something different than we’d seen before,” he revealed. “Coming up with the storyline we had to play against certain tropes that would have been tiresome. We used that as a foundation to start the story with and then the characters became more multifaceted and complex from there.”

The characters in Damsel are anything but the stereotypes we’ve seen in other westerns. Nothing in this film goes as planned and the directors make full use of every prop, costume, and bit of scenery at their disposal. Both directors appear in the film, as well, with Nathan playing a villainous character. David said it wasn’t much of a challenge as everything overlaps with his brother, from the writing, directing and producing. “We have different strengths,” he said. “We’ve acted in our stuff from the time we made home movies as a kid. We’ve done it enough together that we have a shorthand that works.”

Nathan noted that it was just over a year ago they were shooting the film near Park City (Utah’s Goblin Valley). “It’s a rare treat to come back to the place where you spent three months of your lives shooting on the side of a mountain,” he added. “Now we’re freezing in the cold waiting to see the finished project.” Audiences should be prepared to saddle up for a very unexpected ride.

Of Fathers and Sons

Four years after taking home the World Cinema Documentary Grand Jury Prize for The Return to Homs, Syrian director Talal Derki returned to the Festival with his latest film, Of Fathers and Sons. The second in a planned trilogy of films about his homeland, Of Fathers and Sons sees the director infiltrating a radical Islamist community by posing as an ideologically sympathetic photojournalist. He focuses on the young boys being indoctrinated in extremist teachings, inured to violence, and pushed toward martyrdom. Their leader and teacher is Abu Osama, whose affectionate devotion to the boys is leavened with unrelenting macho jihadism.

“The thing that I wanted to capture was the kids. I’d seen so many kids get killed before. I wanted to capture this to understand how it works, what made the parents sacrifice the kids they love,” Derki said, during a post-screening Q&A at the Egyptian Theater on Monday. “You love them and yet you sacrifice them for you ideology.” Derki spent over two years, and an estimated 300 shooting days, embedded in a remote village in northern Syria, capturing the day-to-day lives of boys caught between rambunctious adolescence and war conscription. “In the editing I ended up focusing on the roots of the violence. This is a war zone. The kids don’t have a choice—how is their future decided? I tried to understand psychologically how you become what you are. It’s not about the history. It’s about getting to know, from the inside, what they want.”

The director had to live with two constant risks—the risk of being in a war zone, and the risk of being discovered as a non-jihadist. It meant that he had to partake of their lives, and of their religious rituals, in order to prove that he belonged and could be trust. “I wasn’t like them and they didn’t know that. Every time I saw a car come quickly, I thought, oh now they know about me. I will disappear,” he said. “I had to pray morning, night—all day—to protect myself and also to capture the moments as they were fresh, as it’s real.” Part of what makes the film such a unique and essential document, is how even-handedly Derki films his subjects, allowing them to show their humanity and personalities alongside their deadly ideology. “It’s their perspective. It’s their point of view. I didn’t want to criticize or make fun in the editing. This is how he believes.”

As several audience members noted, there are no grown women in the film, as access was never granted to any of the wives or daughters of the community. While there was no way to include their stories in his film, Derki was clear in his comments about how important their stories are, and how essential it is that things change. “It’s a man’s society. Women are also victims, like those kids. I hope one day they can resist, that the revolution of women can start in our world,” he said. “We have to end the man’s authority in society. That he has the vote, that he can decide for the whole family. This should not stand anymore. I believe the United Nations should interfere more so that fathers and men don’t have license to use violence whenever they want, without asking.”

When the AIDS epidemic hit Utah, there were no doctors willing to treat the stigmatized, often ostracized patients — except for Kristen Ries. She began taking a few cases and enlisted the help of physician assistant Maggie Snyder, who later became her partner and lone collaborator in working on the frontlines during the early years of the AIDS epidemic.

Though Ries and Snyder are the last people to draw attention to themselves, director Jenny Mackenzie somehow cracks them open, and she crafts an inspiring story that follows the pair from their humble beginnings to when they receive the recognition and honors that are only fitting for two women who dedicated their lives to compassionate care for one of the most vulnerable populations of their time.

At a Festival screening of the film, Snyder explained, “We are really true introverts. We think we’re invisible, even up here [on stage]. And we asked Jenny in the beginning, ‘Why do you want to make a film about us? There’s not a story here.’”

Ries added that being in the spotlight “was a very hard process for me. But Jenny is a feisty social worker, and she was very tricky with us,” she joked. “And so we trusted her.” They explained that, though they are uncomfortable being the center of attention, they see it as a chance to save the history of HIV in Utah, a history that is now being preserved in the University of Utah’s archive. “We really don’t think this film is about us,” Snyder said, thanking all the people who were a part of that history — not the least of whom were the Sisters of the Holy Cross, who staffed the only hospital that would accept HIV patients in the early days of the epidemic.

Mackenzie added, “This [film] is about all that’s good in humanity. It’s about compassion, it’s about acceptance, inclusion, love, and providing fabulous medical care for everybody.”

Producer and co-director Amanda Stoddard further explained that, though they could have gone in a lot of different interesting directions with this story, they chose to focus on what really mattered. “It’s not about being gay; it’s not about all of those things that make people other. This film is about what makes us all similar.”

Even with a long string of undisputed classics on his resume including both beloved cult favorites (Harold and Maude) and Academy Award-winners (Coming Home), director Hal Ashby remains a relatively unsung master filmmaker from the fabled era of 1970s cinema. Amy Scott’s first feature, Hal, premiered in the U.S. Documentary section, and provides a fascinating look at a very complicated man, who became one of the most influential moviemakers of his day.

Scott conducted many interviews with Ashby’s peers, fellow director Norman Jewison. The Oscar-winning helmer recalls how they became best friends while working on Jewison’s In The Heat of the Night, for which Ashby won the Academy Award for editing. Jewison proved instrumental when Ashby, always socially conscious, took the leap to directing with 1970s underappreciated The Landlord, a comedic look at race relations in New York. Scott doesn’t skimp on Ashby’s personal story: he was a pot-smoking bohemian who changed wives and girlfriends nearly as often as he made movies. Growing up in Utah, Ashby worked a variety of jobs before eventually finding his way.

Never a studio favorite, Scott details the often intense battles Ashby waged with executives who were disgusted by the May-December love affair a the heart of Harold and Maude and tried to take The Last Detail away from him due its groundbreaking use of salty language.

Ashby had his first sizeable hit with 1975’s Shampoo, a popular comedy of manners, given short shrift here due presumably to star Warren Beatty’s unavailability to be interviewed. Ashby followed this blockbuster with 1978’s Coming Home, and both Jane Fonda and Jon Voight speak about using the stories of real-life Vietnam War veterans to create the script for the award-winning drama. Producer Jonathan Lynch addresses the irony that so much of the film came out of improvisation and Ashby and his cowriters worked on the script just before shooting a scene, yet it won the Academy Award for best screenplay.

During the ‘80s, Ashby’s war with studio execs continued and took its toll on his artistic output. He was removed as director from Tootsie, and the films he did make were completed with immense studio interference to lesser acclaim. His reputation was in tatters and magazine articles wondered what had happened to the once golden boy before he died of pancreatic cancer in 1988.

Along with his filmic output that rivals that of any other ‘70s auteur, Scott has created a portrait that again assures Ashby’s permanent place in the pantheon of great directors.