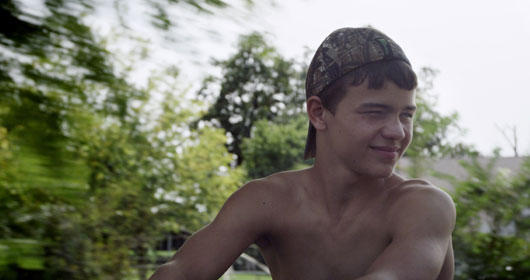 Amongst Sundance Institute staff we often say there is no such thing as a typical “Sundance” movie. Sundance is about discovery, defying expectations, and diversity of voices. Surveying the range of documentaries screening at this year’s Sundance Film Festival made this maxim feel like an undeniable truth. Among the usual mix of master directors and first-timers there was a range of style, size, and approach to the form. Films like The Case Against 8 and Cesar’s Last Fast provided a moving document of extremely important moments in U.S. cultural and political history while films as diverse as Through A Lens Darkly, Watchers of the Sky, Mitt, No No: A Dockumentary, and others used the documentary form to re-frame history as we knew it. Films like The Green Prince and The Overnighters caused us to question our personal truth and belief systems. Going even further, the documentary form itself was challenged by incredible artists like Sam Green (The Measure of All Things), Ian Forsyth and Jane Pollard (20,000 Days on Earth), as well as John Harkrider (All the Beautiful Things) who called into question the nature of performance and truth in documentary. It’s an exciting time to be making, and watching, documentaries.

The one consistent theme that runs through every single film screening at Sundance is the commitment of the filmmaker to shedding light on and sharing an important story. On average, these filmmakers worked for 3-5 years making their films. For some like Mark Grieco (Marmato)  and Thomas Allen Harris  (Through A Lens Darkly) it was 8-10 years of their lives. Sharing their film with an audience for the first time, no matter what their level of experience, is life-changing. For Rich Hill, a quiet, beautiful meditation on three young boys growing up in rural Missouri, the experience of winning the U.S. Grand Jury Prize and screening their film at the Eccles Theatre in front of 1,200 is unforgettable.

“The consistent theme through every Sundance film is the commitment of sharing an important story.”
Share on FacebookTweet This

The Sundance Institute Documentary Film Program was proud to support 12 films screening at the 2014 Festival. Five  films (listed below) won six awards. We were proud to work with each film and support them with a grant as well as ongoing creative support through our Edit and Story, Music and Sound Design, and Producing Labs. For our supported films, as well as all of the films in the Festival, Sundance is just the beginning of the journey for their film to find its audience.