From the Archives: “Rich Hill” Filmmakers Share 4 Lessons From the DFP Edit and Story Lab 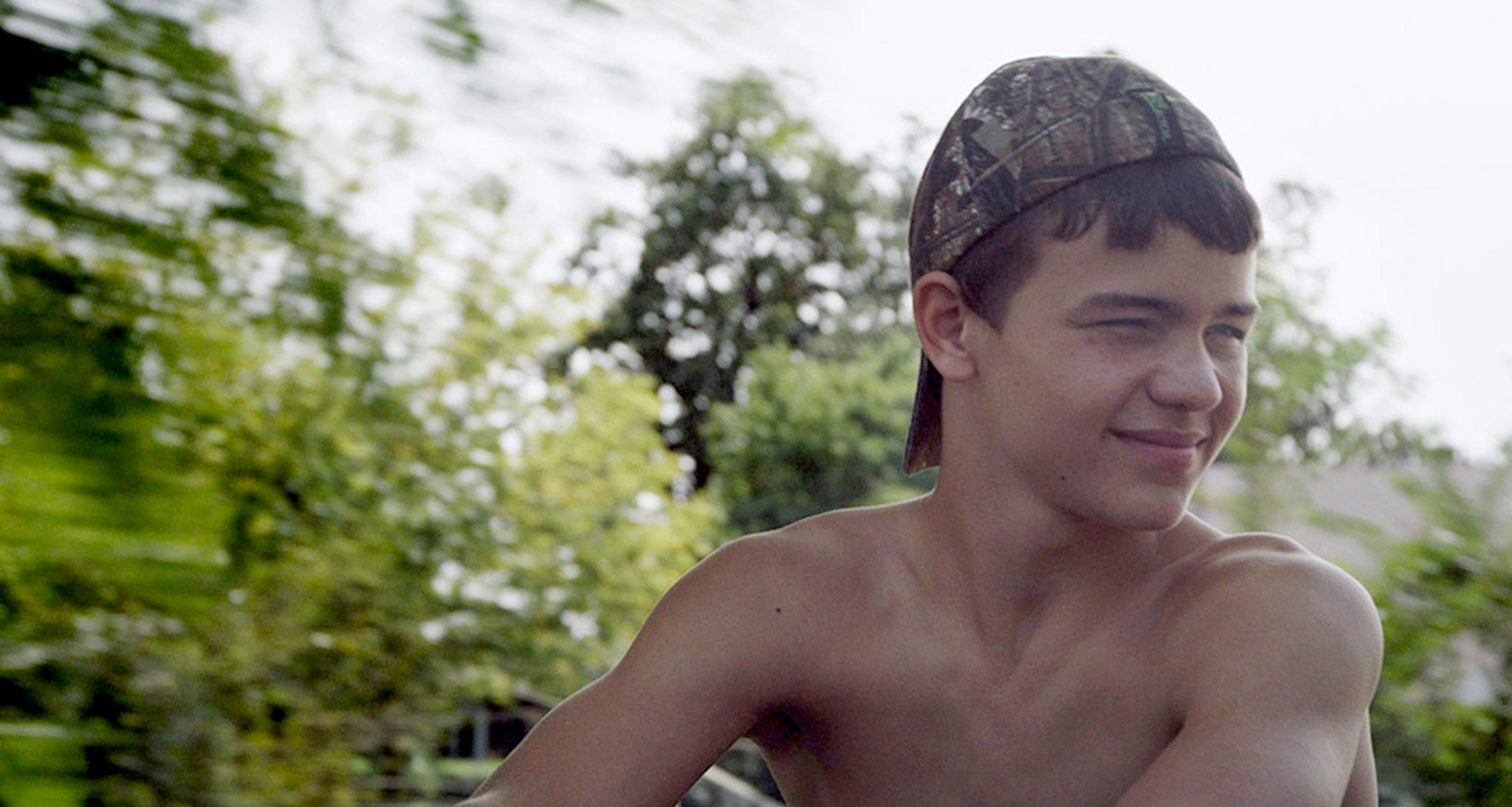 Editor’s Note: In our month-long celebration of 20 Years of Sundance Institute’s Documentary Film Program we’re looking back at some of the wise words and insightful memories from filmmakers over the past two decades. Happy Doctober, everyone!

Tracy Droz Tragos is an Emmy Award-winning filmmaker and co-director of the work-in-progress film “Rich Hill.” To learn more about Rich Hill, go to www.richhillfilm.com and help the film reach its goal on Kickstarter.

The Sundance Institute Documentary Edit and Story Lab is an 8-day retreat for filmmakers and their editors, with feature documentaries that are at the “rough cut” or “assembly” stage. This July, Andrew Droz Palermo, my cousin and co-director, and I were invited to attend with Rich Hill, a film about our family’s hometown and the struggles and ambitions of the people who still live there. There were three other films and filmmaking/editor teams also invited: Strong Island, Homestretch, and An African Spring. Sundance Institute hosts the Lab in the beautiful mountains of Utah at the Sundance Resort, and lined up an intense schedule of presentations, advisor meetings, hikes, and screenings. My work has been profoundly affected by the experience. The full impact didn’t hit me in the moment. There was so much to take away and think on, including great professional guidance, of course, but also ideas that resonate deeply in my personal life. Here’s what it was like for me and our film, Rich Hill, distilled to four lessons:

#1: A lesson in collaboration, letting go, and personal connection.

Andrew and I had never met our editor Jim Hession. Not once. We’d talked for hours on Skype–Andrew and me from our office in Santa Monica, Jim from his walk-in-closet studio in Manhattan, framed by his wife’s high heel shoes. We’d exchanged copious notes and cuts. We’d touched the same footage but never the same keyboard. Learning how to work in the same room, in the same trailer, was a lesson in inches. How to give each other enough personal space, but not too much. How to respect each other’s wacky notions, but hold true to our own. Creative Advisor Victor Livingston gave a presentation mid-week about how painful it was to let go of one of his ideas in the edit room—what it cost, how it felt. We all sacrifice so much for our films and when we have to let go, it can be devastating. For the three of us—Andrew, Jim, and myself—being shoulder-to-shoulder meant we had to challenge many of our individual assumptions. It was important, often painful work. But filmmaking is inherently a collaborative endeavor and that means that not every good idea will see the light of day. Sometimes we have to give in for the bigger picture, the greater good.

#2: A lesson in intimacy and honesty.

For me, the very best films give you the closest look. Moments of extreme access and small detail can elevate an entire film. In Elizabeth Chai Vasarhelyi’s An African Spring, an amazing portrait of the Senegalese struggle for democracy, it’s the chilling and unwavering lens focused on a peaceful woman’s protest and violent arrest. In Kirsten Kelly and Anne de Mare’s Homestretch, it’s the close up tour of a homeless teenager’s hard-earned bed. In Yance Ford’s Strong Island, a documentary about the impact of her brother’s murder on her family, it’s the locked off shot on her mother’s face, the poetry and vulnerability of her reflection on grief and the damage of loss. Strong Island struck me on a deep, emotional level—Yance bravely exposed herself in beautiful ways, while never sugar-coating the despair. For me, her film transcended what I was able to accomplish with my first film, Be Good, Smile Pretty. She captured the death of the living: what it means to shut down, close off, end one’s life, and go on living. All of these films encouraged me to go deeper, at times, even past the point of comfort.

#3: A mini-lesson in not judging too soon.

The theatre folk arrived for the Theatre Lab mid-way through our own, and much to the chagrin of many of us, including myself, who didn’t look forward to the idea of sharing a meal tent with extroverted theatre people. Once the Theatre Lab began, however, I understood that these were intelligent, thoughtful, like-minded people. On our final evening, when we were to present our work of the past eight days, the Theatre Lab participants were invited. After each presentation and a Q & A, there was a moment to say goodbye to Cara Mertes—this was her last Lab as director of the Documentary Film Program before leaving the Institute to take on a new position at the Ford Foundation.  An actress from the Theatre Lab got up and began to sing, “Somewhere Over the Rainbow,” a spare serenade, with quiet emotion, dedicated to Cara, to all of us gathered, and to the subjects in our films, the brave men and women who have shared their stories continue in their struggle. There was not a dry eye in the house. It was truly a transcendent moment, as we imagined the possibilities for all of us in the screening room, and far, far outside of it.

#4: The last morning of the Lab, alone on a chairlift for 50 minutes of soaring vistas, and self-reflection.

I was afraid to go back to life – afraid for what was next for my film. Tears flowed in a way they hadn’t for a long time. From the uncomplicated intensity of the Lab, back to the life I have a hard time putting in balance. And then, moments later, there was a question on the shuttle ride to the airport. Creative Advisor Robb Moss asked me, “Are you happy as a mother?” I’d spent eight days shying away from that part of myself, focused only on the work. Robb’s question shocked me, in part, because the answer often was “no.” I’m jealous of my co-director, who gets to own the hours of his day without outside interference or responsibility. I often find my girls (ages 4 and 8) frustrating and distracting. I want to be the mother of older kids who can cook and drive and resolve their differences on their own. I love my daughters, but the pressure cooker of family life and filmmaking is hard. For their part, my daughters are filled with questions and encouragement. They seem to like having a mom who makes movies, and they increasingly understand when my work takes me away from making snacks and tucking them into bed. So much about being a mother has made me evaluate every choice and priority. In the weeks since the Lab, I often hear Robb’s question. It has motivated me to adjust my schedule and my expectations so that more often than not, I can answer “yes.”

How was the Doc Edit and Story Lab? For Rich Hill and me, our work went deeper than edits and new scenes. We learned about the power of working creatively with a shared vision, the power of voice and even of song, the loudness of quiet moments in film, the importance of flying by yourself and taking care of yourself and others, and the power of listening to the questions that resonate. My life, my film, my motherhood, and my filmmaking will never be the same. I hope that some day I will have the opportunity to return to the Lab for what I know will be an utterly different but equally transformative experience.

From the Archives: “Talking with Diane Weyermann” 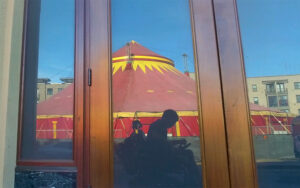