Rewriting a New Future of Arab and Muslim Representation 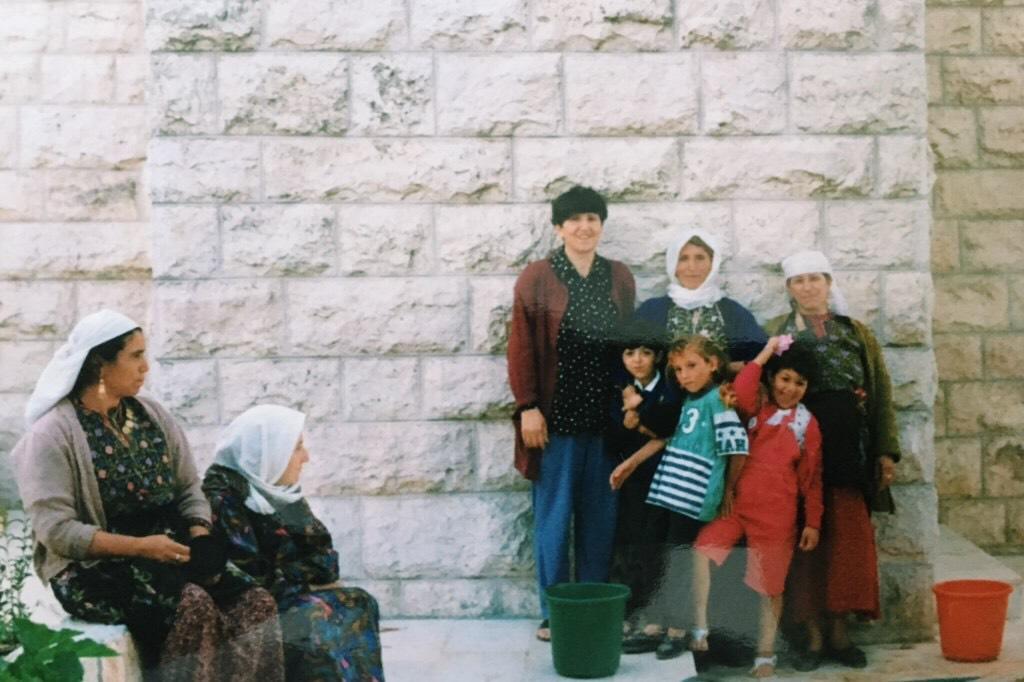 Photo by the Makhamra family

Ryah Aqel is a filmmaker and cultural producer based in metro Detroit. She is a 2019 Knight Foundation fellow with Sundance Institute.

I never understood my mother’s music. When she would be driving me and my siblings in her red station wagon, she would play her many cassette tapes and CDs, cases each covered in the gold silhouette of one superstar or another. Singers like Fairuz were easier to understand, maybe more accessible to young ears who were most familiar with boy bands and AYSO soccer. Umm Kulthum, on the other hand, sent my head right to the arm rest, only to wake up an hour or eternity later to the muffled applause of her live audience. This was in the ’90s, when the sensationalized Gulf War news coverage colored much of Arab and Muslim representation in the media, when the chorus of “bomb Iraq” followed us in our rural Michigan schools.

It wasn’t until later when I heard Umm Kulthum sing, for what must have been the millionth time, the line, “Give me again my freedom, let go my hands,” that I realized she was not only singing about love but also oppression. It was then that I understood: our superstars had been trying to raise our consciousness for decades, but here I was not paying attention, growing up in a country that kept casting us as the villains, as the terrorists, as invisible Arab women.

Now, my daily work has me engaging regularly in conversation with black and brown youth about media representation and stereotypes. These conversations are informed by the work of Arab American media scholars such as Dr. Jack Shaheen and Dr. Evelyn Alsultany, who have studied the overwhelmingly negative Hollywood representation of Arabs and Muslims. Many of the kids I talk with already know what a stereotype feels like—before they even know what the word representation really means.

I didn’t see a family like mine on the screen until Cherien Dabis’s Amreeka. In that film, Hiam Abbass delivers the line, “When you’re in this house, you’re in Palestine!” That line sent shivers down the spine of every Arab American youth watching.

But it was actually Dabis’s earlier short film Make a Wish, with its simple, silent power of an empty space, that made me want to create films. It follows a young Palestinian girl on a simple trip to a bakery, and it evolves into a story about the difficulty of growing up in a place under occupation. When I saw the film, I had been curating film submissions for a local Palestine film festival that had me pouring over films that took me home, took me places that I had never even been allowed to go. When I watched Dabis’s short film, I knew I wanted to be the kind of artist that could convey a people’s pain, loss, and grief in the simple story of a birthday cake.

This urge to create followed me to graduate school, where I wrote my thesis on my family’s fight to stay on their land in the South Hebron Hills area of Palestine. I struggled to capture the beauty of their world and their resilience in writing, and I have now embarked on the journey of creating my first documentary feature.

With this project, I was awarded a Knight Foundation Fellowship through Sundance Institute and attended my very first Sundance Film Festival this year. I joined three other fellows as we connected with other filmmakers and artists, attended industry meetings and panels, and took in a full week of films. I found myself engaging with other artists who were also interested in rewriting the conversation of the world, creating work that makes room for new possibilities and new representation.

For me, the goal is not just increasing representation but about articulating an alternative consciousness, showing and telling that new futures are possible. Like Umm Kulthum, I want us to engage with work that both takes on love and takes on oppression—work that knows that our intimate moments are also governed by the same systems of oppression that exist in public life. These are the creators I’d like to see supported by their own communities and by those interested in expanding representation of black and brown people in the media—those artists that create as if we are free or becoming free, as if we are home or returning.