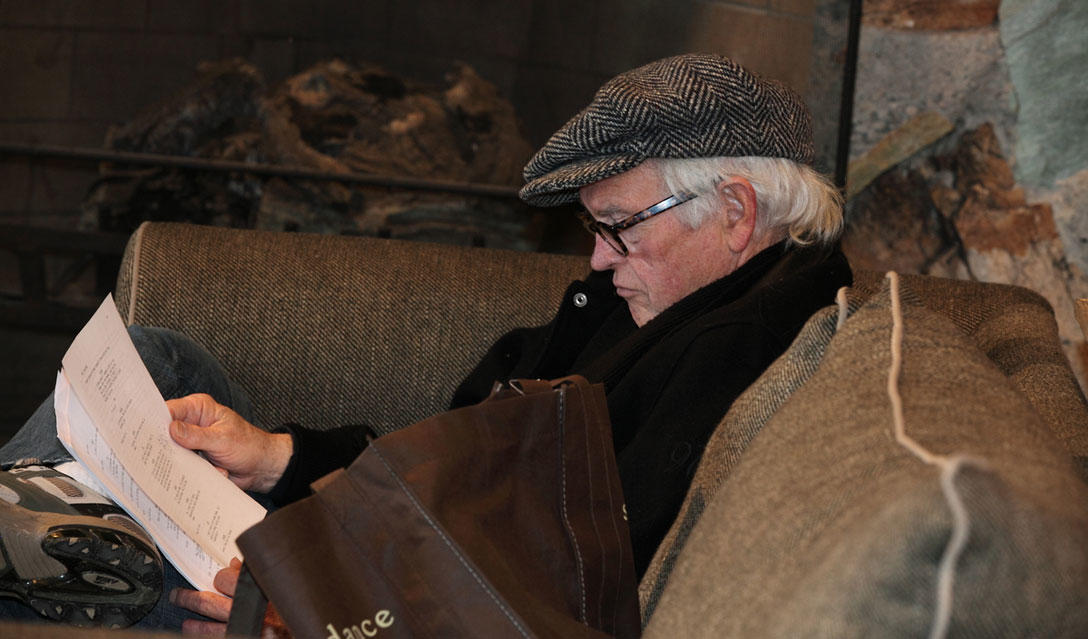 I first met Tom Rickman in 1981 at the inaugural Sundance Institute Screenwriters Lab. We were all figuring out how to create a safe, creative space for writers, and Tom, along with Frank Daniel, Frank Pierson, and Waldo Salt, were instrumental in our early days as our founding Creative Advisor group.

Over three decades, Tom continued to be an inspiration to hundreds of emerging writers, transformed by the time and care he put into each meeting, each interaction. Tom’s generosity and humility was astounding. He spent hours preparing for the meetings so he could create an intimate space for exploring the tough questions, listening and giving writers everything he had, going page by page when needed.

Tom brought an authentic, southern sensibility to his writing, imbuing his work with honest, flawed characters who jumped off the page. He loved writing, loved telling stories, loved the craft, loved teaching, and loved his family most of all.

Tom was a raconteur in the truest sense and loved the company of other writers. Tom also seemed to know something about everything. His home office was filled with books and also music. It was a part of his being that he shared with great joy, drawing on his country roots and playing guitar, which improved after a few Kentucky bourbons.

Over the years, we screened the award-winning Coal Miner’s Daughter numerous times as an example of great writing, where the characters, music, and place are deeply felt and the life and struggles of country music star Loretta Lynn have enduring resonance.

Spending time with Tom a week ago as his health was failing, he talked about the novel that he was writing, the challenge of sitting up for two hours a day in the same disciplined way he always wrote, but now harder, a brave act of will. He talked about completing this novel and going on to write a family history next, so his children and grandchildren could appreciate where they came from.

One of the privileges of my life has been getting to know Tom and I will always cherish his friendship and pure love of telling stories. His legacy at Sundance Institute runs deep and his contribution to the lives and work of so many writers will never be forgotten.