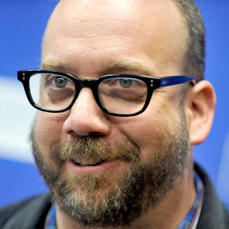 Saying that Tom McCarthy’s moving new film Win Win is a wrestling movie would be like saying that The Wizard of Oz is about a pair of red sequined shoes. There may be a lot of wrestling in it, and nail-biting turns of the plot may take place on a wrestling mat, but Win Win is really about the modern American family and the sometimes strange and unexpected ways a family becomes itself. Paul Giamatti plays a strapped New Jersey attorney who agrees to become the guardian for an elderly client, but he moves him into a retirement facility just as his client’s abandoned grandson has fled his drug-addled mother in Ohio and plopped himself on his grandfather’s doorstep. Giamatti’s character is a good-hearted, harried father and husband who coaches his local high school wrestling team and is at first utterly befuddled about what to do with Kyle (debut actor Alex Shaffer), the bruised and defiant teen and wrestling ace who’s come into his life. McCarthy, a Festival veteran who’s also screened his films The Visitor and The Station Agent in previous years, answered the audience’s questions after Saturday morning’s screening of Win Win with his co-screenwriter and longtime friend Joe Tiboni.

Q: Where did the idea come from?

Tom McCarthy: Joe and I used to be championship wrestlers ourselves [jokingly]. This is Joe’s first screenplay, by the way. I had this idea one day where I thought, “I haven’t seen anything about high school wrestling,” a much undervalued sport in this country. I called Joe – we’ve known each other since we were about 10 or so – and I said, “Hey, do you want to develop this idea with me?” And he said, “Totally. I’m in. What do we do?” And I said, “We just start talking a lot and we see if we can think of a story to drive it.” And Joe is actually an elder law attorney and lives in the same town we grew up in.

Q: How did you get Paul Giamatti?

McCarthy: As good of an actor he is, he’s an even better person and leader on set. The guy has a tremendous work ethic. We met at the Yale Drama School together and we’ve been trying to find something for years, and this just felt like it. And I called Paul – he was finishing a movie in London and he was flying back and he read it on the plane. I went over to his house for Thanksgiving and I said, “So, what do you think?” And he said, “I really love the script.” I said, “Great! I think there’s one major obstacle and challenge for you here,” and he goes, “Yeah, the dude’s happy.” I said, “I know you can do it! Show the world!”

Q: How did you find the actor who played Kyle?

McCarthy: We knew we needed a wrestler. My wonderful casting agents, we did a cattle call with ads in papers and I was amazed at how many kids came in. None of them had ever acted before. It was hilarious. We just interviewed them. And then one day, [the casting agent] called me and said, “I found this kid. He’s really weird. I think he’s perfect.” So I went and saw him wrestle and he is in fact an excellent wrestler. Three weeks after we cast him, he went on to win the state championship in New Jersey. In a three week span, that kid had a better life than any of us have had.

Q: How did you work with someone who had never acted before?

McCarthy: It was really tricky, although he stepped into a great cast in this case. i think he has that competitive fire. He doesn’t back down from anything. And we were really pushing him. An acting coach spent a lot of time working with this young man. No matter what I would say, no matter how tense the situation, he’d be like [in a deadpan voice], “I feel ya, dude.” He’s unflappable.

Q: What was the writing process like and did it start with the wrestler?

Joe Tiboni: It started with the wrestler, I guess, because we were talking about doing a wrestling movie. But then the attorney came into it and the relationship with Jackie, the wife, was a really integral part of it.

McCarthy: Good answer. That was Joe’s first answer, everybody!