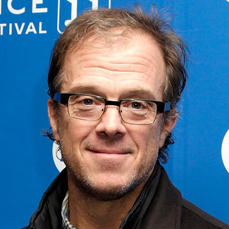 Bill Haney’s sobering, engrossing documentary The Last Mountain details a practice that has only recently garnered coverage in America although it threatens to endanger the drinking water of tens of millions of Americans. Mountaintop removal – which the coal industry endorses because it ensures maximum profit in the most efficient manner – involves blasting off the tops of mountains to have easier access to the coal seams within those mountains. In West Virginia, where the practice threatens to ruin Coal River Mountain, the last mountain near the homes of a small but determined tribe of activists, the coal industry is particularly powerful, although Haney points out in the film how prevalent coal plants are throughout most of the United States. Calling The Last Mountain “a vital piece of documentary filmmaking,” Senior Programmer David Courier introduced Haney at the screening, and West Virginia activist Maria Gunnoe joined Haney after the film’s premiere on Friday at the Prospector Square Theatre to answer the audience’s questions. Before Haney answered questions, however, he gave an eloquent description of what documentary filmmakers do: “We go to people who we’ve never met and we ask them to trust us with their stories and their emotions and with their deepest dreams,” Haney said, “and if we’re really lucky, they decide to do that and Maria decided to do that with us.”

Q: Have you guys analyzed the coal mining situation in Utah?

Bill Haney: Robert Redford is one of the most effective environmentalists in the country. He’s been on the board of the National Resources Defense Council for north of 30 years and he came here in part to fight coal mining and the particularly repellent coal mining here in Utah and so we did take a good look at it. Unfortunately, I’m not surprised to hear that it is not clean, blessed, and principled here in Utah, although there may be some principled people who work for it.

Q: For Maria – we saw what conditions are like in West Virginia in the movie, but what is the situation now?

Maria Gunnoe: A lot flatter than it used to be! Last week, we stopped what began as a 3,300 acre permit and we stopped it dead in its tracks. It’s called the Spruce Permit. The EPA revoked the permit, so it’s happening. And I want to say that each and every one of you are obligated now – you know about it; therefore, you have to do your part. Or you can become a full-blooded activist like me. The coal politicians are looking more and more like idiots every day. Things are taking a turn for the best.

Haney: West Virginia Senator Jay Rockefeller (D) – who one would think is above corruption but wants to be reelected – is a passionate supporter of mountain top mining. Two-thirds of people in public polls in West Virginia want to stop mountain top mining, so even within that state the senators aren’t claiming to represent the will of the people, just the passionate minority that’s determined to continue this.

Q: Has there been any change in corporate culture since Don Blankenship retired?

Haney: It hasn’t been visible. They literally this week announced another fight against the EPA. They had another mine explosion. They have – despite the attempt in Washington to tamp down the inflamed language of violence that many people feel led to this horror in Tucson – the coal industry has called for a march in West Virginia and they’re using the same gun-based violent language to characterize the debate that we saw in some of the presidential campaign earlier, so there doesn’t seem to be any change.

Gunnoe: Just the day before yesterday, our now acting governor, Earl Ray Tomblin, announced a “call to arms” to the coal industry to come and fight for their jobs. I did an interview with a West Coast radio station and asked everybody to call our governor and say stop the violence and I’d appreciate it if anybody out there would like to make that call because you may be able to save some people’s lives – namely mine and a bunch of hell-raisers that I work with.

Haney: What Maria hasn’t told you and the film decided not to focus on was the threats on the activists from understandably nervous coal miners who feel like their economic future and family’s income is imperiled by the behavior of the activists and they take matters into their own hands. The only thing I would like to say is that this story is rooted in West Virginia … but don’t fool yourselves: these coal plants are everywhere. This is a national problem. This is happening all over this country.