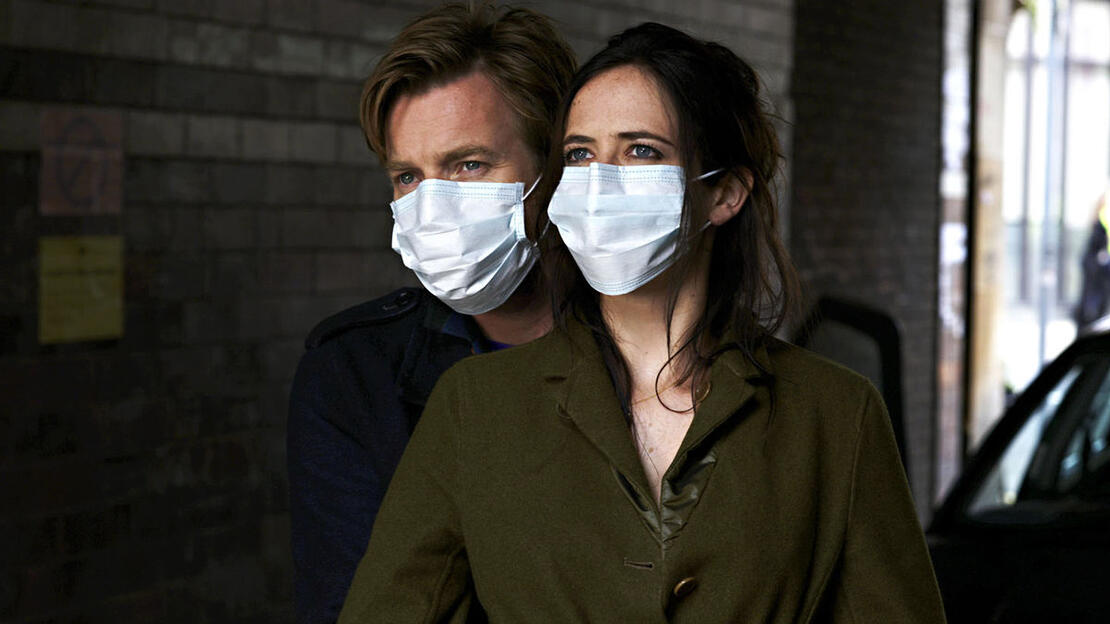 David Mackenzie’s apocalyptic romance, Perfect Sense, is a sensuous experiment in sensory deprivation. A mysterious virus provokes a wave of sadness in its victims, followed by the permanent loss of the sense of smell. The condition confounds doctors and scientists, including a beautiful epidemiologist named Susan (Eva Green), and makes life difficult for master chef Michael (Ewan MacGregor).

Stark visions of dystopia are here, from packs of people on the brink to vacant, newspaper-strewn streets, but so are strains of a tender, swollen-hearted love story, as Susan and Michael forge an intimacy even as they lose their physical powers of connection one sense at a time. For Mackenzie, whose previous film, Spread, premiered at the Festival in 2009, the project presented both emotional and formal challenges.

As he told the audience at the Eccles Theatre after Monday’s world premiere, Perfect Sense allowed him to burrow deep into notions of the human condition, while offering “all sorts of opportunities to explore the medium of cinema.”

Q: Were there any films that inspired Perfect Sense?

David MacKenzie: There were three I had in mind when I was trying to work out how to approach the film. One’s a British cult film called Radio On, which is a road movie from the early 80s. It has lot of music in it and was done in a minimalist style. Another was Jean-Luc Godard’s Alphaville, which is futuristic but has a minimal palette. And the third was a movie by Chris Marker called La Jetée, which maybe more of you have seen. The idea of telling big stories on a small palette was what I was looking for, and ultimately what I was trying to do.

Q: I was really moved by the score. Can you talk about how the music came about?

Mackenzie: Max Richter was the composer. I knew of his records before I knew him personally, and then he actually wrote me a letter asking if he could work on one of my films. That was four or five years ago, and he’s since become quite a well-known composer. After I read the script, one of the first decisions I made was that Max would be ideal for carrying the emotional elements of the film through music.

Q: How did you go about representing senses that film can’t convey?

Mackenzie: Right, you can’t smell or touch the film. What else? Oh right, you can’t taste it either. First of all, there’s a kitchen in the film, which helps with taste. You try to make it feel as tangible as possible in sensual environments. There’s quite a lot of sniffing, which was an interesting thing to balance in the editing—there was more material we didn’t include because we thought we’d passed that message across enough. It became more fun when we got to play with senses that film does deal with directly.

Q: Creating a film where the world ends, how did you deal with that?

Mackenzie: The hardest thing about making the film was dealing with the themes of loss, and abstract notions of some kind of end of the world. Every day I found that emotionally immensely tough. I thought, “How do you represent this?” The subject is so big you don’t know where to start half the time. So you go back to the idea that you’re telling this big story on a small scale.

Q: What were you trying to express with the movie?

Mackenzie: The movie is what I was trying to express. That has to be a question for each audience member to work out for his or herself. I hope you don’t mind me saying that, but I spent a year and half making the film, and that up there is the expression.