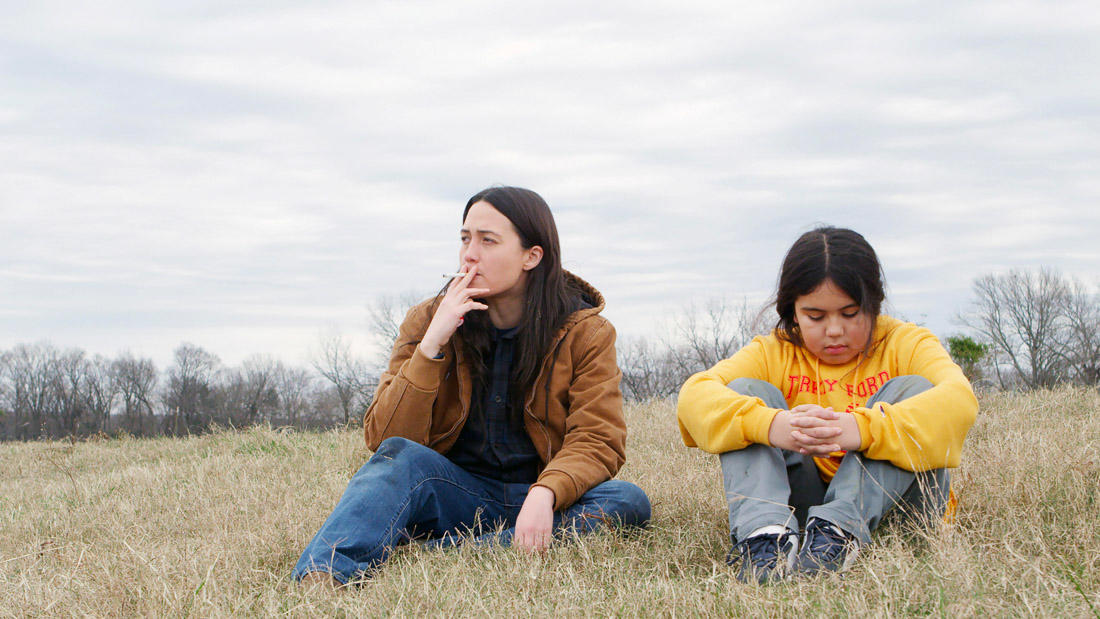 November is Native American Heritage Month, and to celebrate, the Sundance Institute is running a weekly series, Vision & Voice: Indigenous Cinema Now, profiling artists who have been supported by the Institute’s Indigenous Program throughout its history. So far, we’ve talked to Navajo filmmaker Blackhorse Lowe and Native Hawaiian writer/director Ciara Lacy, and this week, we’re chatting with Seneca-Cayuga filmmaker Erica Tremblay, whose film Little Chief played at the 2020 Sundance Film Festival.

Tremblay brought Little Chief—a short about a Native woman and a troubled young boy whose lives intersect over the course of a school day on a reservation in Oklahoma—through the Native Filmmakers Lab in 2018, and she’s currently working on a script for her first feature. Below, hear what she had to say about working with Indigenous collaborators on Little Chief, the importance of challenging the way Western media has portrayed Native characters, and how she sees filmmaking as an extension of the process of working through things with her community.

ADAM PIRON: You have a background in creative agency work, which is rooted in the idea of solving some type of communication problem to an audience. That doesn’t mean that there can’t be an art to it, but I think when you pursue something like film as an art form, it’s a bit more a bit more open-ended. It’s not as quantifiable, in some ways. I was wondering what that transition for you has been like, in terms of having a foot in one world and trying to clear a path in another.

ERICA TREMBLAY: I think that when you’re trying to create something, and I appreciate the way you put that about trying to communicate something to someone and so on, it really was about trying to disseminate information or communicate something, and there is an art to that, and it’s storytelling. I think the one thing that crossed over was the production aspect of it. I was really able to take the skills I had honed in on working in the agency world and apply those to making a short film. So just understanding what was needed on set, understanding what my artistic vision was, and then looking at my budget and saying, okay, I can allocate these funds to do this.

Little Chief was the first narrative script I had ever written, and it was a challenge to break free from some of the more rigorous processes I was used to from before. I really wanted to challenge myself to not use dialogue. I wanted to challenge myself to create a story with visual elements as opposed to putting graphics up on the screen—it was different in a lot of ways. And then on the other side of it, it was very new and exciting to explore getting a performance out of actors, which I had never really done before in that way. It was a lot of learning from the mentors through the Native Filmmakers Lab and just a lot of experimenting on my end. I’m still learning how to hone in my craft.

AP: Maybe this is me just projecting this, but coming from an environment where you’re the only Indigenous person in the room or in that process and then going into this where you have a Native producer and you’re working with Native actors and other creatives on set, did you find that it changed your process and how you set off to achieve the artistic goal of Little Chief?

ET: Yeah, I think that we all went into it knowing what we wanted to do together. It was really a collaborative effort. Even all of the kids that are in the film, the lead child actor is Mohawk and all of the other kids in the classroom are all Seneca-Cayuga members of my tribe. They all came into the room wanting to help and had thoughts about how to do things.

And because we had so many Indigenous creators involved in the process, we allowed them room to talk and ask questions and to come up with ideas of how they could express certain things in the scene, and that really felt a lot different than other sets that I had been on, in terms of knowing that we were creating it together and really embedded in our culture. We talked about things and discussed how we wanted to do things, and there wasn’t this like hierarchical feeling on the set.

AP: You had Lily Gladstone as the lead in this, and she’s worked with people like Kelly Reichardt in First Cow and Certain Women. This was your first time directing actors or anything like that. Just in terms of that collaborative process, did you feel that working with her influenced your voice and creative concerns in the stories and the types of questions you wanted to ask?

ET: Absolutely. Lily is just so generous, and when I reached out to her months before we shot the film, I really thought it was a long shot that she would jump on board a short film. She really loved the character and she really loved the script, and that gave me so much confidence because she has worked with some of my heroes.

I mean, Kelly Reichardt ranks up there as like, my number one filmmaker. Her work is incredible, so it was really affirming to have Lily there. She took our set seriously; she brought everything to her role and it didn’t feel like she was just doing a short film on the side, and it shows. She taught me a lot about how to pull performances, and she was working with the other actors as well. I really learned a lot from the process and can’t wait to get to work with Lily again.

AP: In terms of the story, there’s a certain overt social aspect to it. What you’re looking at are things specifically related to your own community. You’re very early in your filmmaking journey, but have you started to identify what some of your concerns are that you’re hoping to continue digging into?

ET: This was recently pointed out to me, and I hadn’t ever formed the idea myself, even though it’s very obvious what someone said to me. In all of my work, I’m guided by identity and what it means to be who you are and the power of being who you are against all odds. I think that a lot of people want to pigeonhole Indigenous stories to be all about certain things like ceremony or about poverty or about missing and murdered Indigenous women, or a number of other things. All of those things exist, but I really think that at the core of what I’m exploring is about identity and who you are and being who you are.

As a queer Indigenous light-skinned person, I am constantly walking through the world and having to affirm my identity to everyone. I don’t look Native enough, I don’t look queer enough, and I don’t look light enough.

As a queer Indigenous light-skinned person, I am constantly walking through the world and having to affirm my identity to everyone. I don’t look Native enough, I don’t look queer enough, and I don’t look light enough. All of these are things that I face and I see that in my community. They’re constantly balancing living in these two different worlds—one in the longhouse and at ceremony and at council. Then the world of going to Walmart, shopping, and living in this world that was kind of thrust upon us. And so I really do want to continue to explore that theme and those themes as I move forward with my work.

AP: Are you hoping that the films you make do something for your own community through that?

ET: I just completed writing a feature, and in that film, it’s about 25% to 30% in Cayuga, which is my language, and hopefully just by putting some of these things up on the screen, my community will be like, “Yeah, that’s us, that’s the way that it is,” and it doesn’t have to be this revolutionary thing all the time. If I can put something up on the screen and have someone from my community be like, “I feel that, I understand that,” and for the first time hear their language in a film, maybe that’s revolutionary, or maybe it’s just what should be normal.

I’m not saving my community; my community is saving me, and my filmmaking as an extension of the process of being in and working through things with my community.

I’m not a savior. I think a lot of times, especially on press junkets with all the success that Little Chief has had when I’ve been talking to the Western media, there’s this tendency for them to want to make me into a savior for my community, and I’m not. I’m not saving my community; my community is saving me, and my filmmaking as an extension of the process of being in and working through things with my community.

AP: With your feature on deck now and with your career starting to take off, what are some aspects of your work that you would hope people would walk away with?

ET: I really just want to continue exploring stories that we don’t see, and I want to work through my own stories and the questions about the world that I have. I think it really does come down to identity and sense of self and where you belong. I want to continue to make films that challenge our expectations of what belonging means and challenges our expectations of what identity means. If people can walk away from an Erica Tremblay film, it’s not that I want them so much to be engaged about what they can do in a community; it’s more about being engaged and how we look at others and accept others into our worlds. If I can get people thinking about that, that’s great, and it helps me work through my own questions around all of those things as well.