​The Worldwide Movement Toward Gender Parity in Media 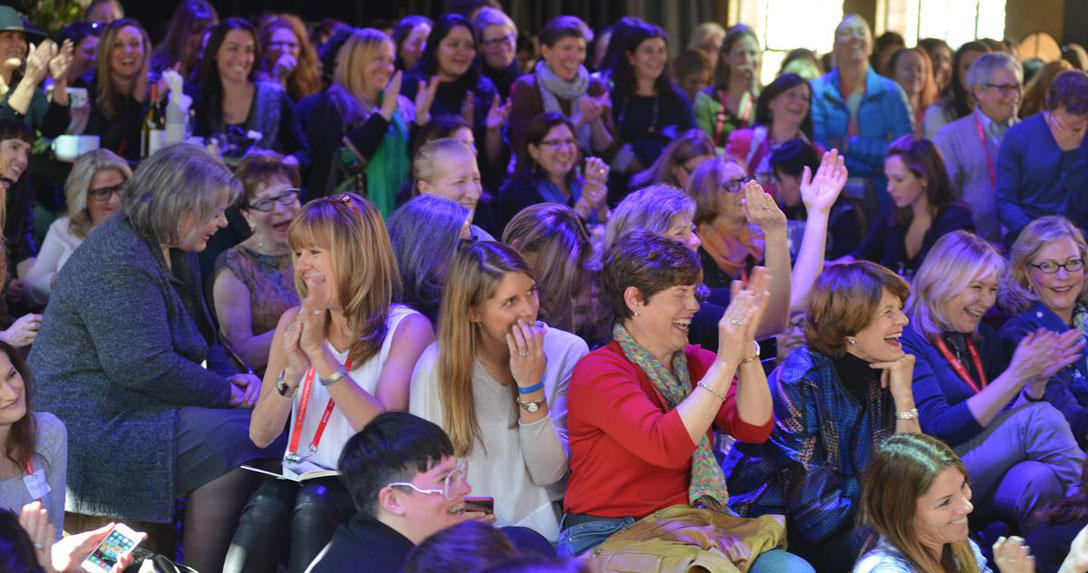 A worldwide movement towards gender parity in film is gaining momentum. Not only have at least 15 new digital platforms, production companies, artist collectives, and committees devoted solely to women-driven content cropped up in the last year, but a host of television showrunners and directors have committed to diversifying their teams.

Ava DuVernay staffed all women directors on her OWN drama Queen Sugar, and Melissa Rosenberg did the same for Marvel’s second season of Jessica Jones. Ryan Murphy has vowed to dedicate 50 percent of all director slots on his shows—Scream Queens, American Crime Story, and American Horror Story—to either women or minority candidates.

Australia, Canada, Ireland, the UK, and Sweden have started aggressive, state-financed initiatives aimed at increasing the number of female directors, writers, and producers on their films.

The National Film Board of Canada (NFB) recently announced that, over the next three years, it will allot half of its production spending to female-directed films in an effort to rectify the gender imbalance in the country’s entertainment industry, where women currently make up only 17 percent of directors, 22 percent of writers, and 12 percent of cinematographers.

Telefilm Canada, a financing and production company, has launched a five-pronged action plan to achieve a diverse, representative feature film portfolio that better reflects Canada’s population by 2020. In conjunction with their plan for further transparency in the entertainment industry and targeted promotion of women and diverse filmmakers, Telefilm Canada is launching a pan-industry effort to determine collective ways to make an impact, starting with favoring projects directed or written by women.

Last year, Screen Australia committed to spend $5 million on a new initiative, Gender Matters, which will channel funding to creative teams composed of at least 50 percent women and generate incentives for companies and distributors to acquire women-led films. The initiative’s first funding recipients were announced in July, and some in the Australian film community are already calling for an even stronger push for gender parity.

In December, the Irish Film Board set a target of achieving fifty-fifty funding within three years, after noticing that only a paltry 20 percent of the movies they financed between 2010 and 2015 were directed by women. This goal is part of a larger six-point plan that also includes mentorship, training, and film school initiatives.

When Anna Serner, a chief executive from the advertising world, became head of the Swedish Film Institute in 2011, the agency launched the program FiftyFifty by 2020. Serner’s efforts doubled the amount of funding channeled to female directors, growing from 26 percent to 50 percent in only three years. Female directors now win about 60 percent of the prizes at Sweden’s version of the Oscars, and the majority of Swedish directors invited to international film festivals are women. Read more about FiftyFifty by 2020.

The British Film Institute is working on a strategy modeled off Sweden’s FiftyFifty by 2020. Directors UK, a professional association of 6,000 directors, has proposed a three-tier plan that will offer further funding to female directors, develop a film tax credit relief to films with diverse directors and crew, and launch an industry-wide advocacy campaign.

Domestically, we are also seeing progress. Many of the emerging digital platforms, production companies, artist collectives, and festivals for women are listed on our Women at Sundance Resource Map, and many larger, state- and country-wide initiatives are beginning to take shape.

The New York Mayor’s Office of Media and Entertainment

This September, the New York Mayor’s Office of Media and Entertainment dedicated $7.5 million to be rolled out over the next five years to enhance gender parity in film. This five-part program includes a $5 million fund for female film- and theater-makers, a finance lab for 50 filmmakers to pitch female-focused projects to investors and other funders, an episodic script-writing competition in collaboration with the Feirstein Graduate School of Cinema, women-focused programming, and a research report on career disparity between men and women.

ACLU and the EEOC

The American Civil Liberties Union called for a state and federal investigation into the the hiring practices of major Hollywood studios, which was undertaken by the U.S. Equal Employment Opportunity Commission last October. The commission interviewed female directors to investigate gender discrimination and learn more about gender-related issues in the industry.