The Future Is Female: Keeping Up With the Women at Sundance Fellows 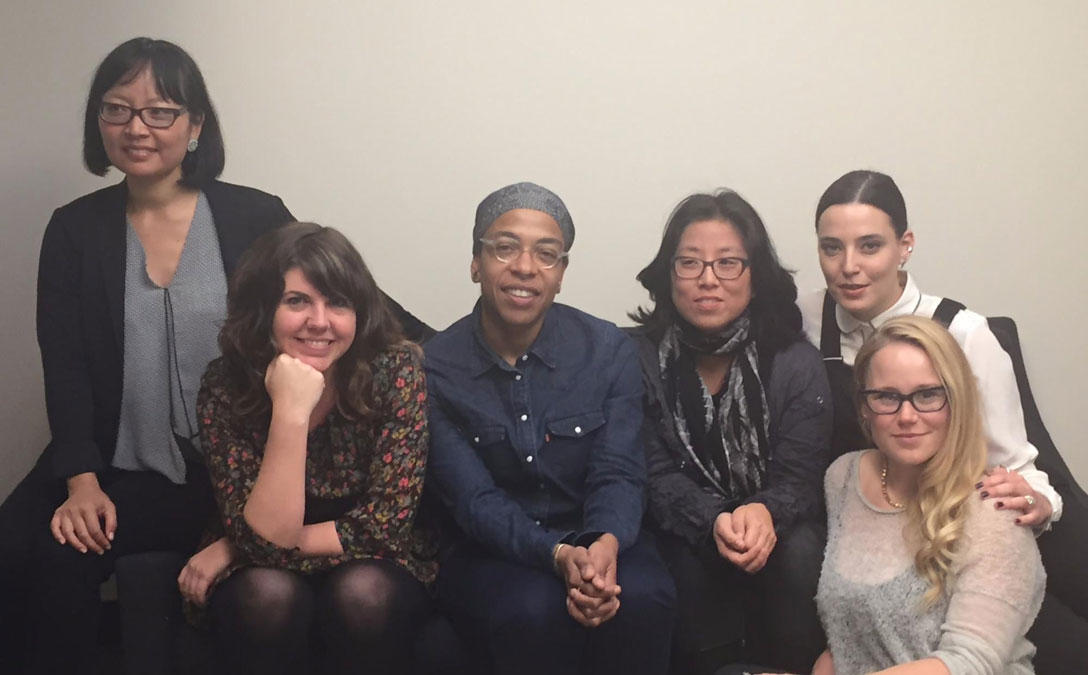 As 2016 rolls on, Women at Sundance fellows past and present continue to pursue new creative endeavors and make headlines.

Pamela Romanowsky’s award-winning film The Adderall Diaries was released this past March by A24, the company that brought you The Witch, Room and Ex Machina.

Gabrielle Nadig recently returned from producing a short documentary in Alaska for Tribeca Digital Studios and Allergan’s #ActuallySheCan campaign. It premiered at the 2016 Tribeca Film Festival and is available to watch here.

The February 19 issue of The New York Times Magazine included an in-depth feature about Lyric Cabral and Saeed Torres, the FBI Informant at the center of Lyric’s award-winning documentary, (T)ERROR. You can read the full article here.

Jennifer Phang was selected for the new Warner Bros. Television Directors’ Workshop, which primes filmmakers to transition from feature-length filmmaking to directing episodic television. The Witch producer, Jodi Redmond, has signed on to produce Jennifer’s next sci-fi feature, The Canopy.

Grace Lee has teamed up with veteran producer and 2013-14 Women at Sundance fellow Christine O’Malley on Heart of Whiteness, a hybrid documentary-fiction satire about a conservative woman confronting an America she no longer recognizes. Pilot production begins at the Republican convention in July.

Jordana Mollick has made quite a splash with her recent film, Hello, My Name is Doris, which is flourishing at the box office with over $13 million in ticket sales – further proving the economic viability of female-driven films.

Marta Cunningham and Marielle Heller join the inaugural class of Sundance FilmTwo, which offers creative and tactical guidance to directors making their second feature films. Heller is writing and directing the feature adaptation of the gay rights documentary The Case Against 8, and Cunningham is partnering with Planned Parenthood and Refinery29 on a sex education short.

Kat Candler spoke on a panel at SXSW for Vimeo’s Share the Screen Initiative, which highlights female-directed content. Jennifer Cochis, creative director at the LA Film Festival, spoke on a panel for ArcLight Cinemas new Women in Entertainment Series.

Kim Sherman made her directorial debut with Dogwalker, a short film that premiered at the 2016 Sundance Film Festival. Louise Runge and Samantha Housman co-produced the Sundance hit, Captain Fantastic, which won the Cannes Un Certain Regard Director Prize and will be released by Bleeker Street on July 8. Tracy Droz Tragos’ documentary Abortion: Stories Women Tell premiered at the 2016 Tribeca Film Festival and will air on HBO later this year. Katie Galloway and Kelly Duane de la Vega won the Audience Award at the 2016 Tribeca Film Festival for The Return, which premiered May 23rd on POV. Su Kim’s Lupe Under the Sun, directed by Rodrigo Reyes, will premiere at the LA Film Festival this June.

Shola Lynch and Lee Daniels are teaming up on a new documentary about Harlem’s Apollo Theater, and Ava DuVernay will direct the adaptation of the beloved fantasy novel, A Wrinkle in Time. Elisabeth Holm and Gillian Robespierre just completed the script for a new comedy, Landline, to star Jenny Slate, their collaborator on Sundance hit Obvious Child. Adele Romanski is set to produce a new crime-thriller, Under the Silver Lake, directed by David Robert Mitchell (It Follows) and starring Dakota Johnson (Fifty Shades of Grey). Cristina Ibarra and her directing partner Alex Rivera began production on their new documentary The Infiltrators, and Aurora Guerrero is in production on her feature film, Los Valientes.

Danielle Renfrew Behrens just launched Superlative Films, a film fund for low-budget independent features and documentaries. Yoruba Richen received the inaugural Chicken & Egg Breakthrough Filmmaker Award, which includes yearlong mentorship and a $50,000 grant. Sydney Freeland launched Her Story, a web series about trans and queer women at the intersection of desire and identity. You can watch the first season for free here.