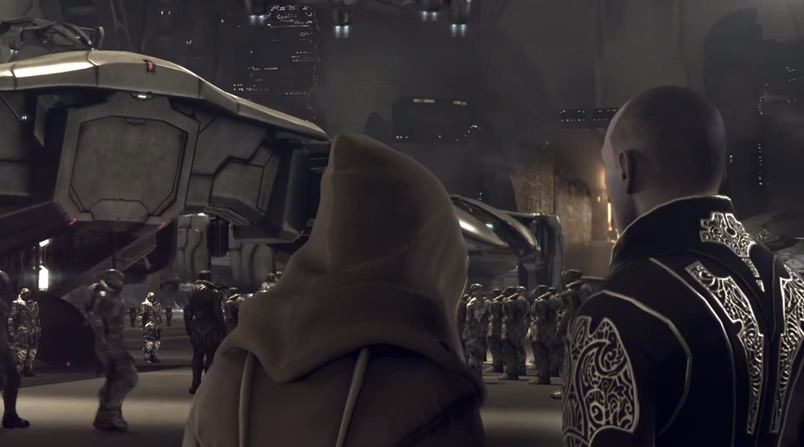 Over the past 40 years, the gaming industry has evolved to become one of the largest storytelling mediums in terms of revenue and consumption. Not only has the technology emerged to a point where users can literally embody the characters in the story worlds, but the integrity of the discipline as an artistic medium is undeniable. Games have done more work to pioneer best practices in interactive and participatory storytelling than any medium since the ancient theater traditions. Still, questions continue to circulate about its ability to match other mediums in terms of complex and cathartic stories, nuanced and fully evolved characters, and empathy.

Is this a valuable medium for robust narrative storytelling? What is the best way to catalyze empathy through gaming? Is first-person or third-person perspective more effective? Can the protagonist be the gamer? Do you focus on building the storyworld, the rules, the stakes, the architecture and let the stories emerge organically from the community? How dynamic do you need to be in responding to your community in play? What rules will you change to meet their needs? When should you not allow change? Should the main character be neutral or be complicit in the story? How do you make the gamer believe there are real high stakes for the characters?

A few months ago, Sundance Institute’s New Frontier program invited two exciting game projects to the Story Lab that are responding to those questions: 1979 Revolution (Navid & Vassiliki Khonsari) and Walden: A Game (Tracy Fullerton & Lucas Peterson). To support them in their work, we brought together expert storytellers from film, TV, theater, gaming, and technology. From the best practices articulated by Susan O’Connor (BioShock) to the keen insights shared by Sarah Treem (House of Cards) to the challenge for simplicity made by Mark Monroe (The Cove; Who is Dayani Cristal?) to the philosophical words of Torfi Frans Ólafsson (EVE: Online) to the passionate call for authenticity from Joan Tewkesbury (Nashville), the conversations that emerged were incredibly rich.

We asked a few of our advisors to share some of their thoughts about the gaming conversations we had at the Story Lab. Here’s what they said.

“As a game designer, I’m always a bit cautious when people start talking about story is the most important part of all media, because when it comes to games that’s a very questionable statement. But I do believe that we’re always discovering more and more about how story and play interrelate and my experience at the lab proved to me that the kind of amazing culture there, is exactly what is needed to drive that discussion forward.

“Some of the key experiences for me at the Story Lab were the writing exercises we did with Joan Tewkesbury. Those exercises really allowed us to dig into characters we really hadn’t even considered before in the piece, and the studies have continued to inform us moving forward in really critical ways. The really mind blowing part of the experience was, that as we were doing this work, the characters in the game started ‘talking to me’ in their own voices, really writing themselves. It was tremendously moving and inspirational for me to react to them, and feel like they were taking on their own voices in the piece.”

“On arrival to the New Frontier Story Lab, all I knew about the game world was that it was digital and time-consuming. I had no hard facts—just a kind of arrogant piling on to the prejudice of others regarding violence and no content. Something called Desert Drive, a dopey fundraising game created by Penn and Teller that raises a lot money for charity—very commendable by the way—seemed a novel idea, but that was the extent of my interest.

“However, after being introduced to a bevy of game advisors and game creators who are extremely visual, bright, and innovative—the most expansive imaginations I’ve met in a long time—I’ve changed my perception of my other perception. This particular medium makes way for original voice and has the potential for unique ways to present character and story creation. And the graphic novel, three-dimensional imaging and hologram provide entirely new possibilities for participation and expanded choices for both creator and participant.

“Yes, I know—you can get lost in it, and you sometimes have to wear funny-looking headgear, but as a developing idea in the world of storytelling, it’s a tangible, exciting, multidimensional way to think about experiencing experiences and feeling story in new ways.”

“It was very interesting to witness digital pioneers and experience designers to be thrown into this creative particle accelerator, where they were spun up to velocity to be collided with classic storytellers from linear media such as theatre, film and television. It unraveled an explosion of curiosity on both ends.

“One question kept coming up again and again throughout the lab. ‘How do you create empathy?’ If anything, my takeaway was that it was through the classic tools of character and action. Choice and dilemma. Creating situations, which are inherently human in their rawest form and globally identifiable. Even if they are presented in technologies new and alien to us.

“The lab shone a light on how important the classic aspects of storytelling are to interactive and non-linear storytelling, because despite the advances in technology, format and distribution, one thing has remained unchanged: the human psyche and its Jungian archetypes of character and narrative. So to prepare to for the narrative of the future, we have to have a solid footing in the ancient craft of storytelling.”

Is this a valuable medium for robust narrative storytelling?

“It can be, since it can potentially reach so many young people both kids and younger adults. The conundrum is the fact that in gaming, as in sports, it is assumed the outcome is not predetermined. That uncertainty and the gamers knowledge they have an influence on the outcome is what maintains the engagement of the player. Narrative engages through the way in which the story is told. The viewer knows the outcome is predetermined but remains engaged because of the illusion of uncertainty and due to the way the story is told. I think it is possible for this to be solved, but not sure how at this point.”

What is the best way to catalyze empathy through gaming?

“This is trickier. Most games hinge on the player NOT being empathetic. The goal is usually to win and that presupposes the need to objectify or dehumanize the opponents in the game. Kids go to games as a release from the burden of the social dictate to be empathetic. Empathy takes effort. The key would be that the success of the gamer must depend upon them making choices that are based on empathy rather than domination. Yes, I think this is possible but must be worked into the design.

“So it is a learning tool. Instead of learning math through a game the person develops empathy in the artificial construct of the game. In this way games can function like narrative art – theater or fiction or film etc. Those art forms also develop empathy in the viewer. A writer knows the viewer must become empathetic with characters or they will lose interest in the work. Games also develop a kind of empathy for the hero in the game, the substitute for the player. Games like fiction must also find a way to develop empathy for other characters.

“So the world is more nuanced and full of contradictions. I think this is possible but there must be incentives in the game itself to encourage this. Best to look at recent research into empathy and how it is coded into DNA and from there create game structures that reward choosing empathetic response over self-interest response.”

“It can be either. And depends on what is meant by the word effective. The differences in both are obvious and if the goal is partly to encourage empathy then the strategies for that would need the games to structured differently depending on first or third person. Also it is quite possible to have a game that has player shift between first and third. Then you have a kind of Brecht model of identification and distance. Reread Brecht dramatic theory—there’s stuff in there to help with this.”

Do you focus on building the story world, the rules, the stakes, the architecture and let the stories emerge organically from the community?

“That is a key question. Part of the joy of watching a show is we cannot change the outcome so must accept the tragic elements of life. Romeo and Juliet die. We cannot stop that, and we know we cannot, so we do not feel guilt and remain in touch with the play. In a game if we feel we have failed and the suffering of the hero is our fault, it can diminish the desire to play the game. So letting the story emerge is a tricky notion.

“Nothing emerges without implicating the person who is making choices if they are making choices. Look at recent events—the story of our country has ‘emerged’ and one could say it has been organic but of course our story is result of conscious choices made by human beings that have resulted in horrific actions towards other human beings—but I am now going off. Is it possible? Depends on the seriousness of the content of the game. The more serious the more we want to actually influence the outcome.”

How do you make the gamer believe there are real high stakes for the characters they play or impact?

Rewards—but the key is getting them to value the rewards being offered. Perhaps the rewards shift in the game as you get to higher levels. So it’s like maturation process in life. What was a reward as a child is not one as an adult etc. So the game encourages development!