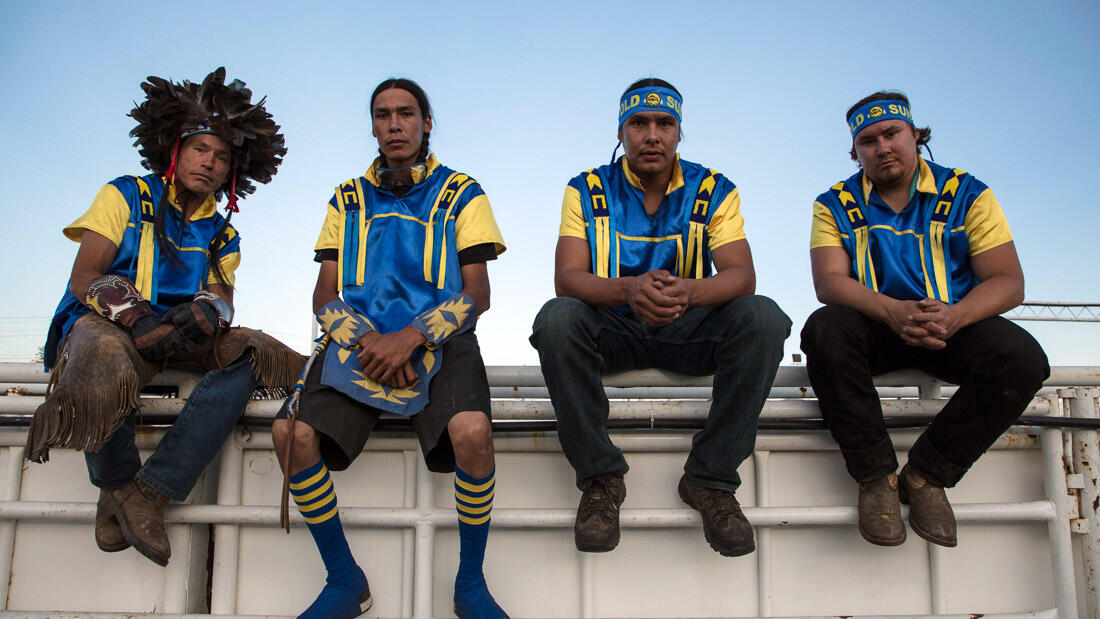 Ed. note: The Sundance Institute’s Indigenous Shorts Tour—curated by the Indigenous Program, and presented with our friends at museums, Native cultural centers, and arthouse cinemas—is now playing on our Vimeo channel. You can watch the free seven-film program through June 30. Below, hear from Indigenous Program associate director Adam Piron (Kiowa/Mohawk) about how the team put the tour together.

It’s probably too early to fully classify what’s been taking place in Indigenous Cinema over the past half decade, but I think it’s safe to call it something like a blossoming. Increasingly, it’s become something that’s more easily identifiable on its own and separate from previous filmic traditions of settler colonial states. In part this is because there is more work being made and the ease in which one can find them and their artists.

Up until a few years ago, access to many of these films was possible only through physical festival events and occasionally through traditional cinema spaces, of which many Indigenous communities do not have immediate access to. The proliferation of streaming services and platforms has remedied some of this, but another major component has been Indigenous artists themselves gaining increased access to filmmaking tools.

All of these pieces have set the climate for this new era of Indigenous Cinema, and more importantly are indicative of its continued possibilities. Whether it’s been through documentary, animation, dramatic fiction, or experimental frameworks, these films mark an increasing shift toward leaning in and building new and expanded cinematic languages rooted in the cultural specificities of their artists.

One of the prime places to get a survey of what this looks like is in the short films that have been created over the past few years. As a programmer on the Short Film programming team for the Sundance Film Festival, I’ve always loved the short format, its economy of focus, and the opportunity it naturally lends itself to bold experimentation. Its formal possibilities have created a space that’s provided a catalyst for Indigenous filmmakers in this moment.

Presented in partnership with our friends at museums, Native cultural centers, and arthouse cinemas, this exciting new offering curated by the Institute’s Indigenous Program will feature fiction, documentary, animation, and experimental works from around the world, giving new audiences a taste of what Indigenous filmmakers have to offer.

An exploration into the creative process, following Native Hawaiian slam poet Jamaica Heolimeleikalani Osorio as her art is reinvigorated by her calling to protect sacred sites atop Mauna Kea, Hawai’i.

An exploration of the Indigenous worldview and wisdom based on ancient shamanistic traditions and animistic beliefs in Siberia and Mongolia. With handcrafted animation, a testament of reclaiming animism for environmental ethics and nonhuman materialities.

Told through recollections of youth, learning, lore, and departure, this is an imagined myth for the Indian pipe plant used by the Ho-Chunk to revive those who have fainted.

An otherworldly deep dive into the hidden beauty of lichens, asking what we might learn from them. Ancient and diverse, thriving in adversity, confounding scientists to this day—lichen is a model of emergence.

On the 50th anniversary of the first new totem-pole raising in almost a century on British Columbia’s Haida Gwaii, we revisit the day that would signal the rebirth of the Haida spirit.