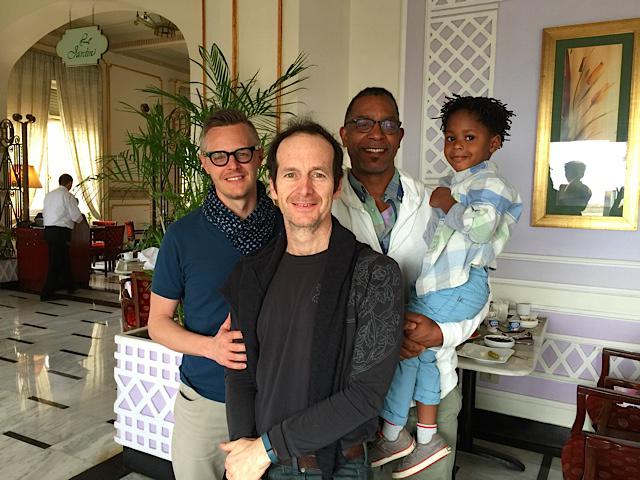 Amazingly, I find myself back in Cairo tonight for the second time in 12 months. My Theatre Program colleagues (Philip Himberg & Roberta Levitow) and I have been in the region for nine days already as we wrap up our 1.5 year R&D phase of our MENA initiative (stay tuned for some exciting program announcements). After an exhilarating week in Beirut where we met with a significant swath of the cultural/theatre community, Roberta and I ventured on to Egypt while Philip continued to Tunisia.

Our primary reason for coming here this week was to witness the birth of a new American play in North Africa. Last April, I wrote about attending D-CAF here for the first time (click here to read that post). I was lucky to meet many people last year including D-CAF Artistic Director, Ahmed Al Attar. A special friendship was formed and we subsequently conspired to help the first Sundance-supported play premiere in MENA. This week, An Iliad by Denis O’Hare and Lisa Peterson (a Homer’s Coat production) played its stunningly beautiful story to packed houses at the Falaki Theatre here in Cairo, bringing for the first time to Egypt this modern adaptation of Achilles and Hector’s epic battle (while at the same time implicating the world in its thirst for war).

When was the last time you attended a play, a screening, a dance performance, a lecture or an event that truly shifted something inside you? It’s been a long time for me. As the house lights went down at the Falaki on Monday night, though, chills went through my body as the subtitles in gorgeous Arabic appeared below the playing space. On my way to the theatre that night, Sundance Institute alumna, Dalia Basiouny, guided us through Tahrir Square and the bullet-laden walls of the surrounding streets. Mere blocks from the theatre, expressions of freedom and revolution and destruction were not just segments I saw on the six o’clock news, but real and potent reminders of a resolute nation that fought to be better than it previously was.

During the show, I caught my breath a couple of times when mentions of “Alexandria” and “the once beautiful city” and implications of our personal rage emanated from Denis’ mouth—a cipher for Homer. Here we were, as a community of citizens, experiencing a story that had resonance just feet from the walls of the theatre. Profound. Humbling. Immense.

And who was there to witness this profound, humbling and immense moment? Only 200 people could fit into the theatre, despite the masses of young people joyously waiting for their chance to be let inside. I was experiencing this incredible moment of honest, pure connection of my art form to the real world, and so few people were experiencing it with me.

But I have a responsibility to my friends, my colleagues, my community, my art form to “not go gentle into that good night.” I have to pause and take a moment to testify that theatre need not be a dead art form. That people gathered in dark spaces around the world can change it. That telling stories in our bones. That amplifying our colleagues’ stories has relevance.

So now you know. You know that for two nights in Egypt in 2015, the earth moved beneath me, and the space between me and storytelling and people and our ideals and our dreams got a little bit closer.

Christopher Hibma was the producing director of the Sundance Institute Theater Program.