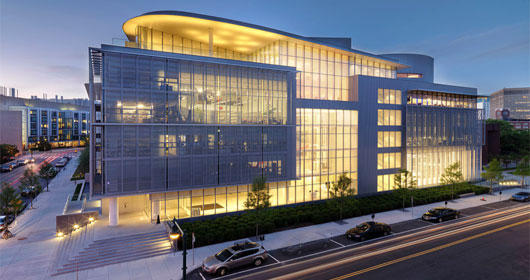 Over eight years, New Frontier has cultivated a community of inventive minds, creative technologists, and talented storytellers from a variety of backgrounds. Just like the innovators at the dawn of the film age, New Frontier artists are creating language, forms, and methodologies that will become the standard for the future storyteller. To deepen this process, Sundance Institute recently launched the New Frontier Artist Residency program, designed to place New Frontier storytellers in resource rich environments to innovate the art and form of story.

During the residency, New Frontier artists work with a host organization’s internal team to concept or develop a project that aims to push the boundaries of story in some manner. The goal is to create reciprocal learning between the artists and the host organization, develop collaborative relationships that might result in innovative ideas for the space, and to develop a project that allows the artist to expand their creative practice and the organization to innovate.

In January 2014, Sundance Institute launched the first four Fellows of the New Frontier Artist Residency program in partnership with The Social Computing Group at MIT’s Media Lab, led by New Frontier alum Sep Kamvar. Through this residency Terence Nance, Casey Neistat, Lisa Biagiotti, and Alix Lambert spend up to three months in Cambridge with Sep and his team to work on the YOU ARE HERE project. Terence and Casey, having already completed their residencies, have been asked to continue on as members of the Lab; Lisa and Alix will complete their residencies in the fall. The Rockefeller Foundation has added its financial support to the Fellows’ work on YOU ARE HERE by approving a grant to the project through the Sundance Institute| Rockefeller Foundation Impact Fund.

This project is innovating on two of the most exciting areas of exploration for the 21st century artist: data-based storytelling and visual communication. Human beings are generating 2.5 quintillion bytes of data a day, more then all the data generated from the dawn of time to 2003. How do we make meaning out of this big data? How do we tell the story of humanity from an overwhelming number of micro stories? How do these micro stories and macro stories impact social change? These four Sundance storytellers will ask and answer these questions while bringing new insights and best practices to the field.

YOU ARE HERE will make 100 maps for 100 cities, from bicycle accident maps to coffee shop basin maps to public transportation topographical maps to food maps. These macro-level maps will reflect thousands of individual human stories. The New Frontier artists are charged with using these maps as an entry point to tell some of those human stories. The outcome will be 100 exhibitions (one per city) and an interactive web component. For more information, check out this.

Terence Nance studied visual art and his practice includes installation, performance, music, and moving images. His first feature film, An Oversimplification of Her Beauty, is an IFP Narrative lab alumnus and premiered in the New Frontier section of the 2012 Sundance Film Festival. The film won the 2012 Gotham Award.

Casey Neistat is best know for writing, directing and producing the HBO series The Neistat Brothers (2010). He won the Cassavetes Award at the 2011 Independent Spirit Awards for producing the film Daddy Long Legs which premiered at the Cannes Film Festival and has created numerous online films which have been viewed over 70 million times.

Lisa Biagiotti is an independent filmmaker and journalist. She is the director and producer of ‘deepsouth’ (2013), a feature documentary about HIV, poverty and LGBT issues in the rural American South. Lisa has been featured in The New Yorker and been invited to The White House and Clinton Global Initiative to present the issue of HIV in the South. Lisa has also written and produced for the Los Angeles Times, PBS, Current TV and Human Rights Watch. The stories she produced on the humanitarian crisis in eastern Congo won the Robert F. Kennedy Journalism Award in 2009. She received a Fulbright grant to research Muslim immigration to Italy in 2001.

Alix Lambert’s documentary The Mark of Cain was nominated for an Independent Spirit Award, received an honorable mention from the French Association of Journalism, and aired on Nightline. She went on to produce additional segments of Nightline as well as seven segments for the PBS series LIFE 360. Her documentary, Bayou Blue had its world premiere in competition at IDFA. She wrote Episode 6, season 3 of Deadwood: “A Rich Find” (for which she won a WGA award) and was a staff writer and associate producer on John From Cinicinnati. She was a writer on the video game Syndicate. As an artist Lambert has exhibited her work to international critical acclaim, showing in The Venice Biennale and The Museum of Modern Art.