Native Intelligence: Beau Bassett on Why We Need Native Producers 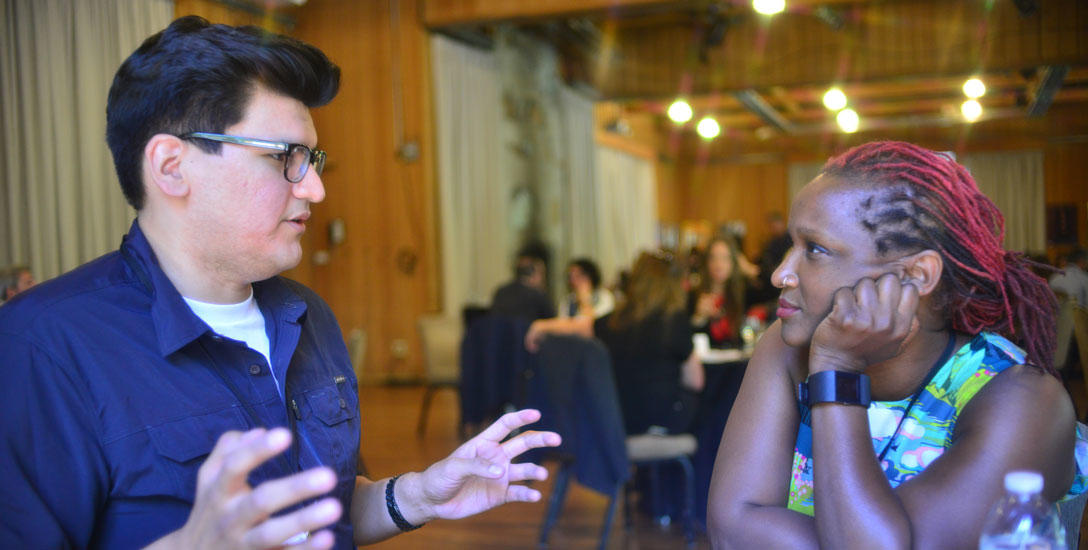 To coincide with Indigenous People’s Day, we’re opening submissions to the Time Warner Native Producers Fellowship to support U.S.-based Native producers in their professional development and the advancement of their projects. Below, Native Producing Fellow Beau Bassett delves into the challenges facing Native filmmakers and how they can navigate both the industry and their Native communities in order to get their films made.

My journey in filmmaking began with a desire to tell stories from Hawaii. The advice I often received was to “start with story.” So, I joined a writing group and dove into the process of crafting a story I believed in. However, there was one shortcoming: how do I actually get the film made?

There didn’t seem to be any producers who knew how to get these Native films made. What became apparent was a need for Native Hawaiian producers that could actually pull off the films that I wanted to see. We needed producers with native intelligence.

My Native community can be extremely welcoming, but at the same time they can also be very quick to scurry someone out the door. A Native producer means having someone who not only understands the steps needed to make a film but who also has the knowledge of the community needed to help gain the access and support so essential to independent filmmaking.

As a Native Hawaiian, in my community, there are important cultural protocols that one should follow. A chant may or may not be required to enter, and once the door is open there are actions that encourage authenticity. Explaining where you are from is a good introduction (depending on how you say it); and a kiss on the cheek is often appreciated (depending on the form of introduction).

It’s not rocket science, but producing an authentic film requires more social skill than it does science. Having producers with Native intelligence is key to navigating social dynamics and gaining access to authentic Native spaces.

The key to Native filmmaking is having a community that is comfortable being filmed. Beyond the general hesitation that people have around cameras, there is a greater hesitation in Native people around camera-wielding strangers. Perhaps it is a lack of communication as to how the footage will ultimately be used, or perhaps there is a historic link to cinematic misrepresentations of Native peoples, but whatever it is, the struggle is real when filming Native subject matter.

Acknowledging first that such distrust stems from valid community concerns, it is a suitable role for the Native producer to find ways to steer Native communities beyond this point. It helps to assemble a production team that is not just skilled but sensitive to community needs. Good communication is a must and Native intelligence is needed to translate production values between community and crew. The nature of film production is that mishaps are bound to occur and conflict is bound to arise. Having a producer that can effectively communicate with the community is imperative to resolving conflict and building trust in the community.

Reducing the weight of Native representation.

The harshest of my critics come from within my own community. While often rooted in a common desire to not have the culture misrepresented, such criticisms if unchecked have the potential to cause a moratorium on individual native expression.

One criticism frequently heard is that the authentic voice of an individual does not accurately represent the collective. The expectation of having to represent an entire people is a burden. Native producers are needed to highlight the sufficiency and value of individual Native voices despite incompleteness, and to create safe spaces in Native communities where stories of diversity can be told.

I urge Native communities to identify and support Native producers for the key role that we play in the telling of authentic Native stories. If you are a Native producer, the Time Warner Native Producing Fellowship is a prime opportunity to further hone your craft and to be a part of a network of Native producers. It takes an army of contacts to make a film and I need more Native producers in my contact list.

Beau Bassett is a producer and lawyer out of Honolulu, Hawaii. He is an alumnus of the Institute’s Native American and Indigenous Program’s Indigenous Producers Fellowship. He is currently producing a documentary with Sundance Institute Time Warner Foundation Fellow Ciara Lacy titled Out of State.