Native and Indigenous Storytellers: Apply for Grants Up to $25K Via the New Short Documentary Fund 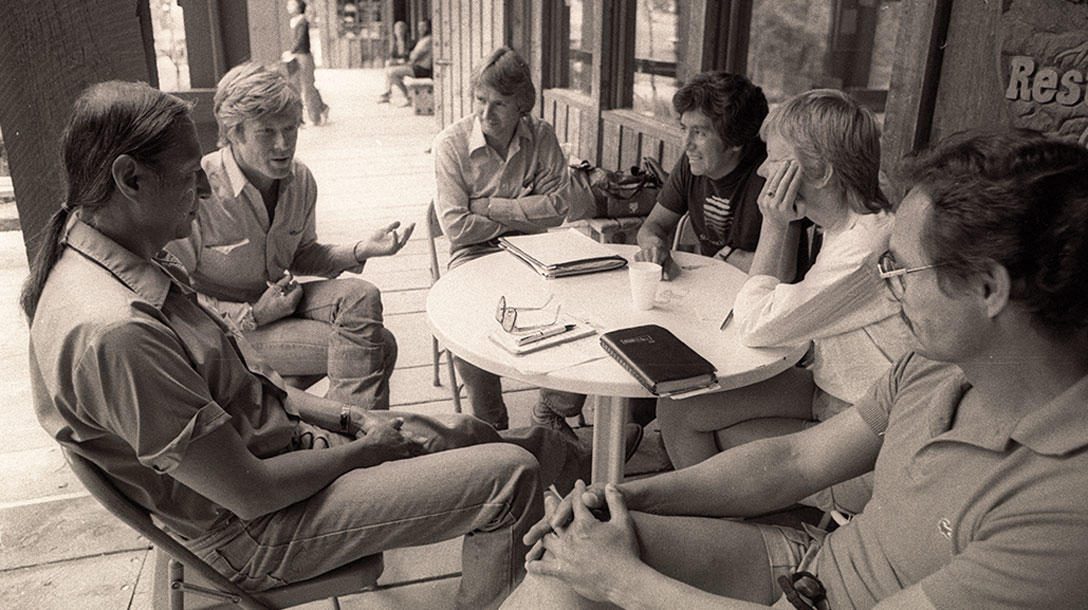 In the early years of his work as a television actor, Robert Redford was asked to audition to play a Native character on TV. Appalled by this request, he went on a personal quest to find Native actors that broadened his quest of trying to locate Native filmmakers.

Through his early environmental work and his acquisition of land in Utah to create a preserve of pristine lands, Redford had built deep, lasting relationships with many different American Indian tribes. Through his networks he put out calls for Native filmmakers to come to workshops to learn about writing and directing. Sometimes no one showed up; other times they did. Those that participated returned to their communities to share what they had learned and to tell their stories on film.

Follow in the Footsteps of These 5 Sundance-Supported Indigenous Filmmakers

One lesson Redford recalls learning during this mentoring of Native filmmakers is when he was told, “Don’t tell us how to make films your way, teach us so we can make films the way we want to.” Redford eventually took this method of nurturing filmmakers and supporting artistic voices in film and formally established Sundance Institute in 1981. Native filmmakers participated in founding the Institute and the very first Filmmakers Lab hosted, among others, Larry Littlebird of the Laguna and Kewa Pueblos, and Chris Spotted Eagle of the Houmas Nation.

Since those early years of the formal establishment of Sundance Institute, four generations of Native and Indigenous artists have been supported. In 2001, the Native Program (now called the Indigenous Program) took its first steps in expanding to a global community when Institute staff participated in an international Indigenous women’s gathering in Aotearoa-New Zealand.

There, long-lasting relationships were built with powerful women filmmakers such as Merata Mita (Ngati Pikiao/Ngai te Rangi) from New Zealand, Rachel Perkins (Arrernte and Kalkadoon Nations) from Australia, and Alanis Obomsawin (Abenaki Nation) from Canada. Stemming from the inspiration of matriarchs of the Indigenous film world, it seemed so natural for this to be the birthing place of Sundance Institute’s work to support Native and Indigenous filmmakers on a global scale.

There is a certain way that Native and Indigenous artists want to tell their stories, and to impose cinematic conventions upon them too much can destroy their Indigeneity and their authenticity. While varying from culture to culture and artist to artist, the uplifting of the Indigenous voice in cinema resonates with the tenets of sovereignty and self-determination that all Indigenous Nations strive to achieve.

Yes, there must be a merging of an ancestral narrative approach that is embedded in the historical rules of cinema, but if a voice is supported and nurtured with great care, amazing results can be achieved. In our Sundance approach, the voice of the artist is nurtured while varying viewpoints are presented when developing a piece of work. While critiquing and questioning the work against very traditional ideas of dramatic tension, structure, character, dialogue, and so on, other questions are continually asked.

What do you want this film to say? What about this film represents you as an artist? Through our Native Lab Fellowship we create a safe and nurturing space where this work can take place. To an extent, we decolonize during the development process as much as we strengthen, build, and support the artist and their story. How many other places in the world do this?

With the support of the John D. and Catherine T. MacArthur Foundation, and the partnership of the Guardian, the Fund will support up to five filmmaking teams with a Native or Indigenous creative in a key position with a $25,000 grant to make a new non-fiction short film. The shorts will have the opportunity to launch on the Guardian’s documentary platform.

The Fund is specifically interested in journalistic approaches to accessible and urgent stories of topical, contemporary issues that have not been told—and stories that can be effectively told in a short format (15 to 30 minutes). There are more rules and eligibility requirements within the application, including an application checklist and FAQ. Have a look!