Morphing the Shape of Story and the Moving Image 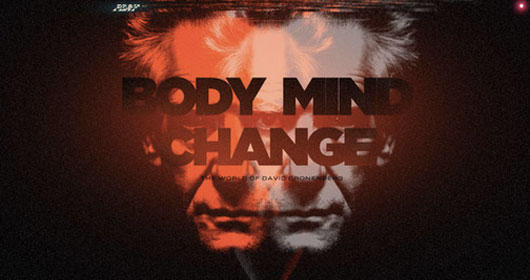 Experiencing the work of New Frontier artists often makes me feel like a kid at a magic show, watching modern day wizards transfigure story and the moving image into exciting new forms. They are innovating on the dimensions of imagery, sound architecture, action corridors, installation designs, and user interfaces that bring forth resonant and meaningful experiences.

Why do we need to innovate on the shape of story and the moving image, when fundamentals like the three act structure or projecting images on a rectangular screen have served us well for so long? Traditional mediums will always be powerful and will continue to give audiences something that cannot be replicated in any other form. However, we have new capabilities that allow us unique and valuable experiences that cannot be replicated in traditional mediums.

New Frontier alumni/creative advisors Aaron Koblin and Lance Weiler come to mind as being particularly prolific at morphing the shape of story and the moving image. Here are just a few examples of some of their recent work.

Skies Painted with Unnumbered Sparks
“A monumental interactive sculpture in the sky. Choreographed by visitors in real time through their mobile devices, the sculpture is a crowd-controlled visual artwork on a giant, floating canvas. A collaboration with Janet Echelman premiered at the TED conference in 2014.”

Light Echo
“Traces of light are broadcast onto landscapes by a laser aboard a moving train. Space and time are collapsed into images which document the historical pulses of data in the form of light reflecting off earth and matter. A collaboration with Ben Tricklebank and part of Doug Aitken’s Station to Station.”

Cronenberg Project
Body/Mind/Change is an immersive storytelling extension of David Cronenberg: Evolution. The project takes audiences through a Cronenbergian storyworld inspired by the film Videodrome but reimagined for the 21st century and brought to life across three platforms – online, mobile, and the real world. With plotlines and game mechanics involving biotechnology start-ups, body enhancements, and emotional learning systems, Body/Mind/Change presents the plausible science fiction found in Cronenberg’s work as science fact. With this multi-platform immersive narrative ride players experience firsthand the emotional steps involved in merging with technology to transform and evolve oneself, one of the key themes Cronenberg explores in his works.

My Sky is Falling
This project invites audiences to move through a technology enabled real space to experience a science fiction story, while wearing biometrics gear. This turns out to be an experiment in empathy, as the audiences own physiology gives away moments of their visceral response to plot points and characters. However, in the end it is revealed that every aspect of the story was based on the realities of children raised in our foster system.

Lyka’s Adventure
Lyka’s Adventure is a series of children’s chapter books that are accompanied by a cuddly plush toy and interactive mobile app that brings the toy and story to life by placing a smartphone in her heart pocket. On May 1, Lyka starts her global tour in Australia. In the prototype project and on this tour school children from different geographic locations can participate in Labs and collaborate to guide Lyka from her terrestrial journey into a literal extraterrestrial exploration. (Look out for his upcoming crowdfunding campaign that will help Lyka fulfill her mission).

MORE FROM THE NEW FRONTIER