How Globalization and Futurism are Impacting Inclusivity in Immersive Storytelling 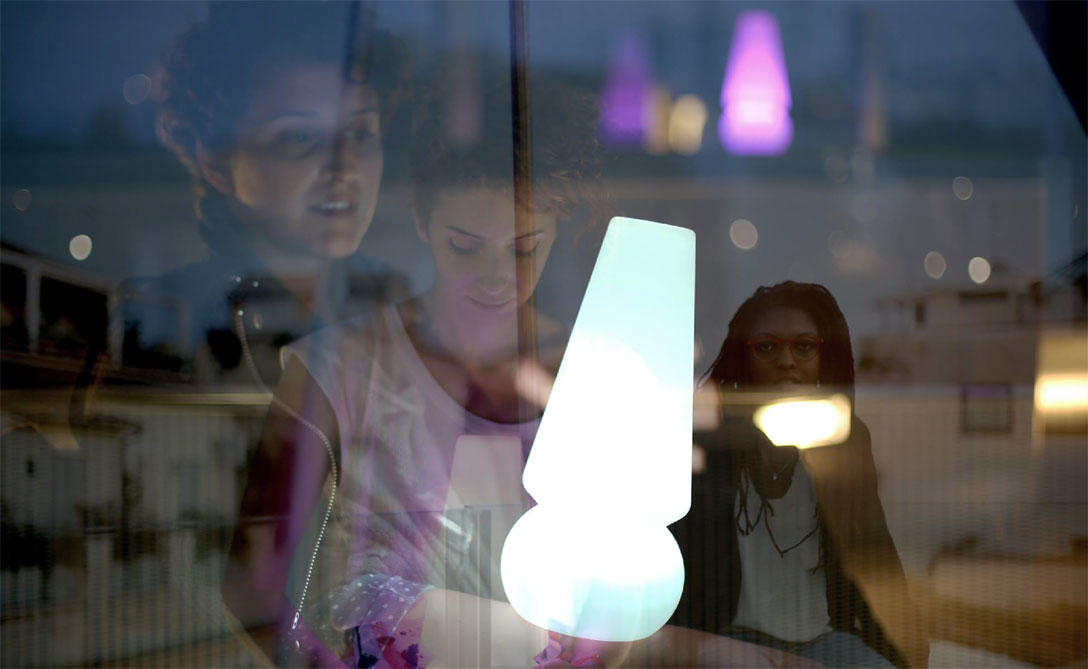 Hyphen-Labs Director of Research Ashley Baccus-Clark will be presenting with other queer New Frontier alumnae at a virtual reality (VR) storytelling event during Outfest in Los Angeles on July 8th. Join us for a VR viewing at 2:30pm, and a workshop and discussion at 3pm, at the Director’s Guild of America. Click here for tickets.

At Hyphen-Labs, we are an international team of culturally and professionally diverse women – engineers, scientists, architects, and technologists – exploring the world through what we have found to be a common ground: immersive art. Since initiating NeuroSpeculative AfroFeminism (NSAF) in July 2016, our eyes have been opened to the considerable lack of impactful content highlighting gender equality and inclusion initiatives that exist.

Our learnings have demonstrated that current theoretical understandings of feminism offer restricted space for women of color in emerging digital landscapes. Often, when we talk about diversity, it is a nebulous idea that fails to shed light on the myriad of problems that exist for “marginalized” communities across STEAM – science, technology, engineering, art, and math – sectors. Given this, we were able to identify product design, virtual reality (VR), and science as ideal mediums for new stories about identity issues.

NSAF is chapter one of what we hope will be a much larger saga encouraging those who engage with it to demand more agency in the building of a future that uplifts and supports everyone.

We were very fortunate to debut NSAF at New Frontier at the 2017 Sundance Film Festival. In hopes of deepening the overall experience, our team designed and built an installation that mirrored our VR environment: a reimagined Black beauty salon in which Black women neuroscientists, venture capitalists, and transhumans work to remix existing technology for deeper cognitive impact. Our imaginations are a form of resistance, giving us freedom as storytellers to make sure more nuanced stories of women of color are represented in new media.

NSAF is a transmedia project that walks our audience through a future where Black and Brown bodies are at the center of the narrative. When we began storyboarding and developing our characters, we had a clear idea of what we wanted them to look like: future forward, science-driven transhumans. With little knowledge about character modeling, we searched online 3D asset marketplaces for high quality, high-poly mesh models of Black women. We quickly discovered non-stereotypical 3D models of Black women do not exist, and we could not find or buy any models that looked as good or were as developed as the white and Asian characters on the sites. This being the case, we had to create our own.

Our inability to find culturally representative, diverse 3D models of Black women was disheartening, but is indicative of a much larger problem. Despite the great advances we’ve seen in technology, troubling biases persist in this realm, from algorithms with built-in biases to sensors that don’t register darker complexions.

Because of the fact that this realm is so new, we decided to conduct research using social-psychological, anthropological, and cognitive impact testing to build a metrics driven case for highlighting. Our experience within communities and at festivals shows that people want to see work with perspectives of women across media platforms, and that the opportunities for these stories to have public access needs to be broadened.

Mindful storytelling allows us to target solutions while encouraging other technologists to do the same. By creating a project that gets people excited about their agency in the disruption of these industries and the disparities therein, our work stands as a powerful call-to-action.

In the book Speculative Everything, co-authors Anthony Dunne and Fiona Raby refer to mindful storytelling and speculative product design as catalysts for social dreaming that raise social awareness and offer solutions without obscuring existing issues. We use these principles to guide the overarching messages in NSAF. In projecting strong female and non-binary protagonists of color into a futuristic space, we are exposing our audience to new understandings of what is possible while empowering those who identify as part of these groups to take control of the roles they want to have in building the future. We found this intent to mirror Bjork’s words: ‘’Technology is enabling women to work outside the already formed hierarchical systems.”

In addition to this, we want to acknowledge that technology is not immune to these hierarchical systems. Given this, we believe it is up to us to architect technology in a way that subverts current power structures in a way that creates lasting impact. Any enduring effort to dismantle these structures will, however, take a global push.

We spent half a year building a core statement around what it means to create as women who come from all over the world. Practicing global solidarity, pushing boundaries, and calling attention to the issues women – particularly women of color – face are the cornerstones of our work. In hopes of expanding the focal point of feminism, we intentionally called out AfroFeminism in our title as a nod to the Black women who are so often erased from mainstream stories about women.

We collaborate with artists, developers and engineers from all over the world. With this emphasis on global partnerships we’ve been able to hone what Cheryl Cashin calls cultural dexterity, or the “enhanced capacity for seeing a racial other as a three-dimensional human beings.” By increasing cultural dexterity, the hope is that society will reach a tipping point where the majority of people in privileged positions can become “allies of people of color.”

Through our work, our goal is to expose the alignment that exists across culturally unique experiences and how, often, many of the social injustices humanity faces manifest in similar forms, regardless of location and context. Cultural cross-pollination and evolving digital platforms have allowed us to come up with our own solutions to complex problems, disseminating messages of inclusivity through art and design. This lens has also afforded us an opportunity for transatlantic collaborations with artists whose work addresses similar themes. For instance, our collaboration with Adam Harvey on the HyperFace scarf takes a look at surveillance and privacy, offering a low tech solution that encourages users to consider the impact of such systems on their own lives.

NSAF has been an experiment in probing current understandings of systemic change, and our work on this project has motivated us to start asking better questions. As of now, the most important question occupying our minds is: Can transmedia experiences serve as a tool for decreasing prejudice and bias while increasing access for “the others”? Virtual reality, still in its infancy, is a new terrain with the potential to confront critical issues that have been disregarded for too long. In this space, we’re able to create models for possible worlds where we have agency to re-define a future that far exceeds the limitations of our past and present. This is our future.