Contemplating the Cut: Takeaways and Tips for Documentary Editors 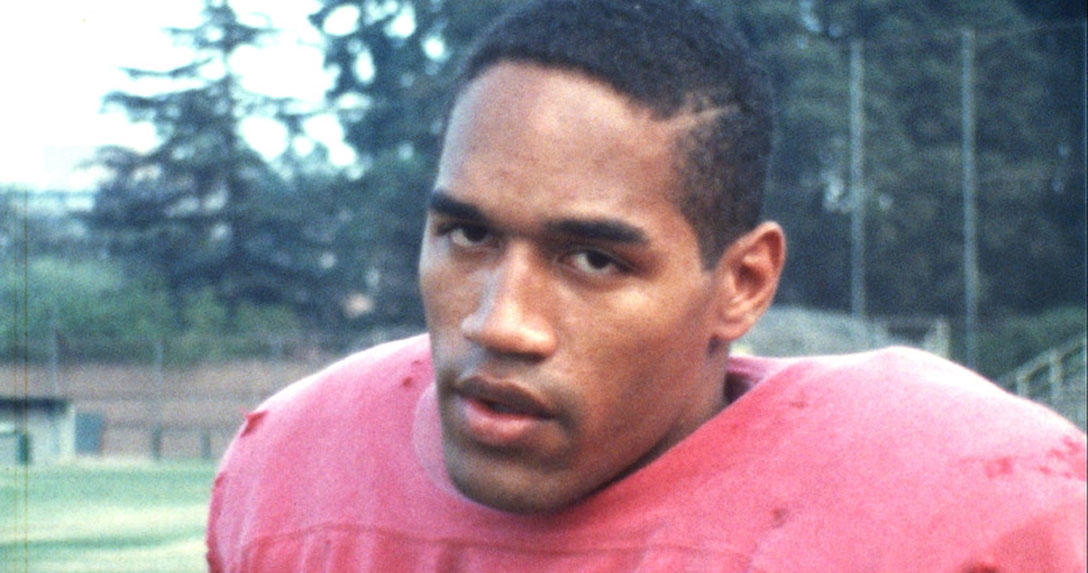 O.J.: Made in America

This blog was first published on POV’s Documentary blog at PBS.org.

The task of the documentary editor can sound like folklore, even to someone who takes it on. There is very rarely any script, and with digital cameras, often a mountain of footage. Editors retreat to dark rooms, alone with whirring hard drives, hoping to be responsive to the material, to collaborate, sometimes to clash, to daydream and to creatively play until there is something to show for it. It is because the process is always unique that it remains so mysterious and strange to talk about with much specificity. Nonetheless, there are few treasured opportunities that give documentary editors the chance to gather and share experiences and perspectives on the process.

On Saturday April 1, the Documentary Film Program and the Karen Schmeer Film Editing Fellowship hosted the third annual Contemplating the Cut series. I was fortunate to attend the event, which is described as a candid conversation exploring the art and craft of editing nonfiction features. For many of us, it’s an incredibly insightful experience to learn from our peers. Equally as important, it is a necessary reminder that we are not alone in the artistic undertaking.

The day was broken into two panels with a formidable group of editors:

Panel 1 – History In the Making: Creative Use of Archival Footage (Transcript Here)

Often times, while I am editing a film, I will utilize old fashioned sticky notes posted along the edges of my computer monitors. The notes function as little reminders about some aspect of the project I am working on at the time. They might urge me to work with material a certain way (e.g. “Consider the Interviews as Behavior!”), organize my understanding of subject in the film in a particular fashion (“Don’t Get Bogged Down in the Science Explanations!”), or even remind me of what I believe to be the essential foundation of the film that I am excavating (“It is about his loss of innocence!”).

While attending the 2017 Contemplating the Cut, I was scribbling down notes and helpful tidbits from my talented editor peers. Looking back at those notes, I realize that they might make sticky note reminders for future films. So below are a few of the insights that I want to borrow from my peers, and hopefully some of these can be useful for editors and their collaborators on future documentary edits:

Panel 1 – History In the Making: Creative Use of Archival Footage

The curse of archival is when it is used as b-roll (or a soundbite):

It seems inarguable that archival material has a lot of potency. Whether originating on 16mm film, 8mm home movie, Beta tape or Facebook live video, archival can convey history and immediacy with rich textures. That said, employing archive in documentary films, simply to take us back in time, is not enough. On the first panel, veteran editor Mary Lampson offered, “The curse of archival and how it often is used is in, as, using a word that I really hate, b-roll. Treating it as just sort of wallpaper b-roll. The other word that I really hate is soundbite, you know? It’s sort of reducing actually reducing the whole idea of what we do these like stupid oversimplified sort of little bits, right?” I think the danger here is that it is cheap to use archive that way, and our job is to push the depth and complexity of the visual materials we have at our disposal.

Archive should transcend the moment and time:
To transcend the moment and time of archival, an editor needs to avoid the temptation to read it as the “thing” itself. If archival simply stands in for an event or plot point, the editor is not really imbuing much meaning or complexity. Panelist and an editor of O.J.: Made in America, Maya Mumma showed examples of how this was effective in O.J. in a particular section about 1968. The archival material in that section was “switching back and forth between the outside world and the inside world of O.J. What’s going on in American culture, American politics, American society and what’s going on with O.J. And how those things are or are not intersecting… I think by weaving in different points of time, people get that this is something we’re trying to transcend that and say something.” In fact, the beautifully artful editing juxtaposes the insular bubble of amazing football talent of O.J. and fandom at USC with the fraught political and civil rights realities in America at the time, including the assignation of MLK. In putting these elements next to one another, the film reveals something new about both things in the context of the story.

Juxtaposition is a great way to deepen archival:

Building on the first couple sticky notes, this speaks to one way archival can be richly layered and complex. The third panelist Joseph Krings explored a clip from a harrowing film called Must Read After My Death by Morgan Dews. The film stitches together a personal archive of Super 8mm home movies, which appear to be full of delightfully carefree nostalgia, and recorded audio recordings by the pictured family’s mother, who is privately tortured by feelings of inadequacy. Krings says, “Because no matter what, when you see Super 8 it’s instant nostalgia and this sort of warm and happy feelings… It’s imbued automatically with that. And it’s like if you would’ve saw that stuff, you’d think they were a happy family. But to hear this woman just like laying it all out is just undercuts all of that. And I love that juxtaposition.” And so, just like in the O.J. clip, the juxtaposition of materials adds an incredible depth. This example not only reveals the power of that juxtaposition but also shows that it can happen in multiple ways, from sequence-to-sequence, shot-to-shot, and visual-to-audio. It is not that juxtaposition is the only way to deepen archival, but the important thing is to not settle for simplicity.

When the panel moderator Ashley Clark noted, “Cause you see it right there, I mean, it’s making the audience do some work too in drawing connections, you know?” Mary Lampson quickly responded, “Well isn’t that the point of making a movie?”

“Must Read After My Death.” Credit: Gigantic Releasing

Every film has to teach its audience how to view it correctly:

The beginning of any film is a difficult thing for an editor to figure out, finesse, and finalize. In sharing several iterations of the opening of the 2015 documentary Containment, editor Chyld King explained the importance of establishing a film language, vocabulary and direction, saying, “Every film has to teach its audience how to view it correctly. And we found that we had to overcome an expectation because we would have people who would come in wondering, was it an environmental film or it was an anti-nuclear film? Or the anti-nuclear people didn’t think it was anti-nuclear enough and the pro-nuclear people thought it was too anti-nuclear. So for people with those expectations, it was very unsatisfying. And so we wanted to say from the beginning that it’s not going to be that kind of film. That that’s not what our ambitions are and it won’t speak to everybody. Some of those people really want to see their kind of film, but I think it was able to get some people to step back and experience what the exploration was that we were seeking to do.” It is not that there is any infallible method for openings, but King shared the ways in which their team introduced a combination visual styles and prompted the right kind of questions in order to guide viewers. Thus, the film can go on to explore the very questions it has created.

Use limitations of material to make creative decisions:

This one might be easier said than done, but Quest editor Lindsay Utz spoke to opportunity of constraints. Quest is a ve?rite? documentary that follows a North Philadelphia family over 10 years, and naturally there is a lot of footage, but there are seemingly crucial moments that a camera will not be present. In the case of Quest, the midpoint of the film has the family suffer a sudden and tragic turn of events, but the footage only meets up with the family in the aftermath. Utz says, “It was a tricky balance between slamming the audience into this dramatic turn in the film. I think when I tried to just drop in, it felt disorienting. It felt that I hadn’t built a bridge emotionally to get us up the mountain a little bit more; to plant some ideas in the viewer’s head before we take this turn. But on the other hand, if I did too much to allude to the idea that something bad was going to happen, it felt really heavy-handed and really disingenuous.” The delicate balance could seem hindered by the fact that the director/cinematographer Jon Olshefski had not filmed with the family for months before the event. Importantly though, the finished sequence before the tragedy is a beautifully artful montage showing the passing of time, the family growing and simultaneously including an emotional ramp that predicates the tragedy. In creating the section of the film, Utz not only “solved” a story problem but found a place in the story for intimate and tender observational footage that Olshefski had shot. The result actually deeps the audience’s understanding and attachment to the characters.

Listen to the critical feedback and the good, AND ask why:

Oftentimes as a documentary approaches a rough cut or a fine cut, directors and editors will seek out feedback during screenings. The experience can vary from incredibly helpful to tragically and fundamentally destabilizing, or both at the same time. Nonetheless, Chyld King offered a useful reminder, courtesy of Errol Morris, “He would say that when someone has a problem with something, you should always listen to that, but you shouldn’t always assume that they’re right about what it is that was bothering them. If there’s something bothering them, it’s really important to pay attention to that and see why you think that might be true, but it’s often not for the reason they give.” I have seen this in action. The fact is, not everybody in the audience knows the editorial decisions you have already tried of the materials you have. The feelings of a viewer should not be discounted, but many times there are other avenues to address the issue. On the flip side, Mary Lampson offered a great piece of advice editors probably do not do enough, saying, “This must sound a little weird, but I actually think when something is good, you have to interrogate yourself and figure out why it’s good. What’s the difference between something that you can see is bad or somebody told you was bad? And why is that bad and why is this good?”

In fact, the perpetual questioning of what is good documentary storytelling is a big part of the job of the editor. If there are easy answers to always know what is good when we see it, or to create something good effortlessly, I have not found them. And so, the editorial process might still be shrouded in just as much mystery and folklore, but some tips on sticky notes can be helpful along the journey.